Breakfast in Bed with Brian on Tuesday.

A1, in the coming months and years, I will be reviewing your posts (and others). Right now, I'm just trying to wrap things up. Interestingly (to me) the AED (you know who I'm referring to) told me they had just spoken with Brian O'Leary (early 2011). I'd like to know who you and the AED really are!! What if you are ONE!! I wouldn't be surprised or shocked by much of anything, at this point. 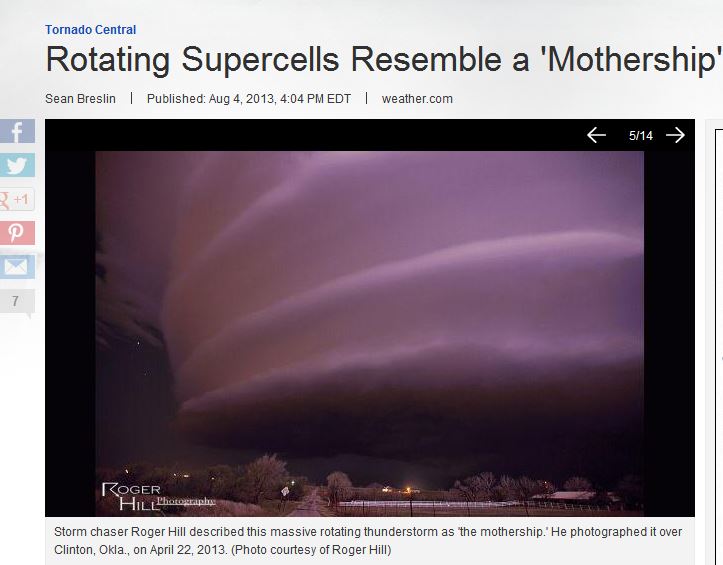 I thought, since I was in a creative and scouting mood, browsing through my photos that I took past, I thought it would be nice to share some "real captured imagery" by me, instead of just copy pasting images from the Internet. I hope you enjoy some lovely scenery and that you can capture some of the essence with the appreciation for Life's Beauty. 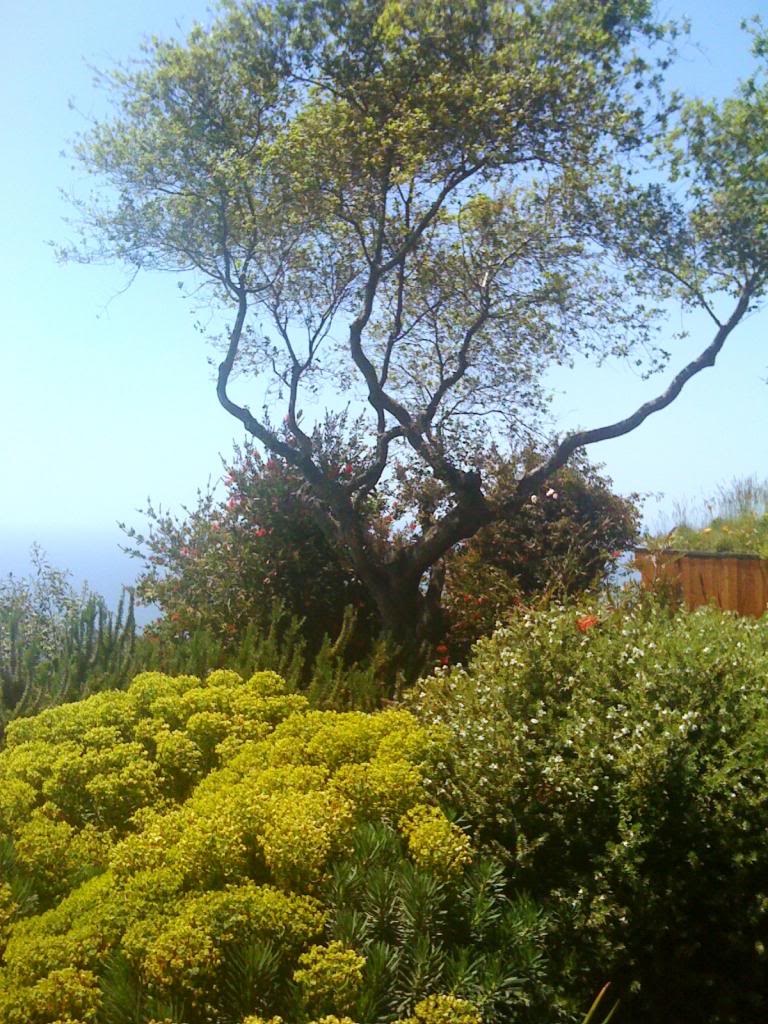 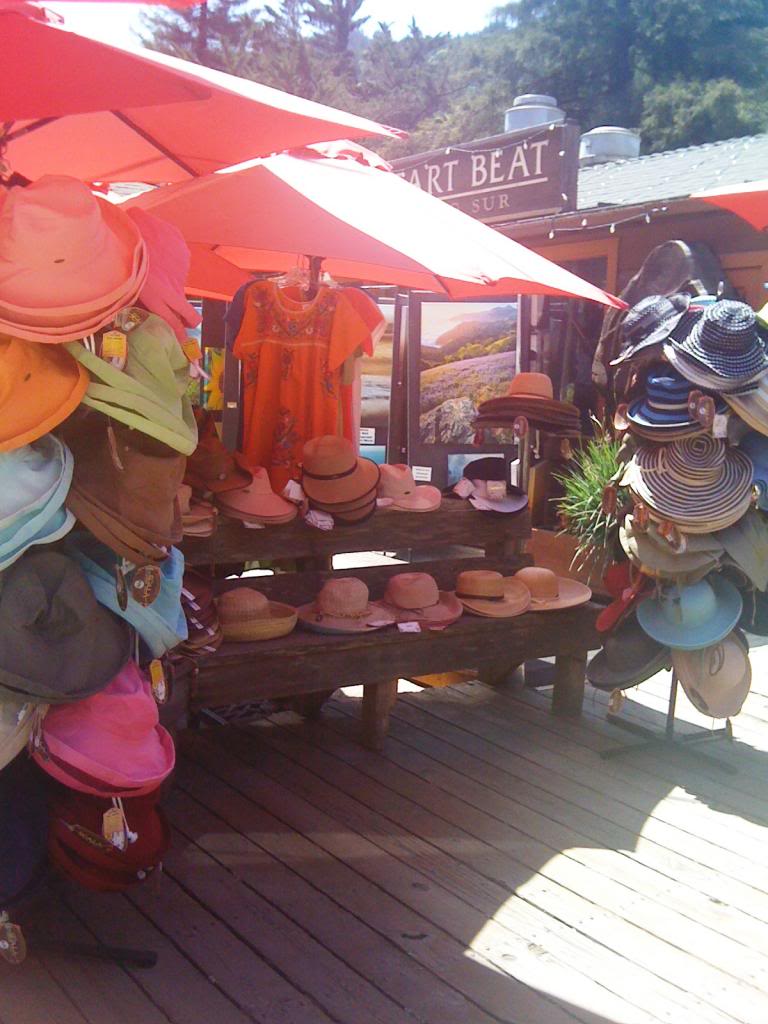 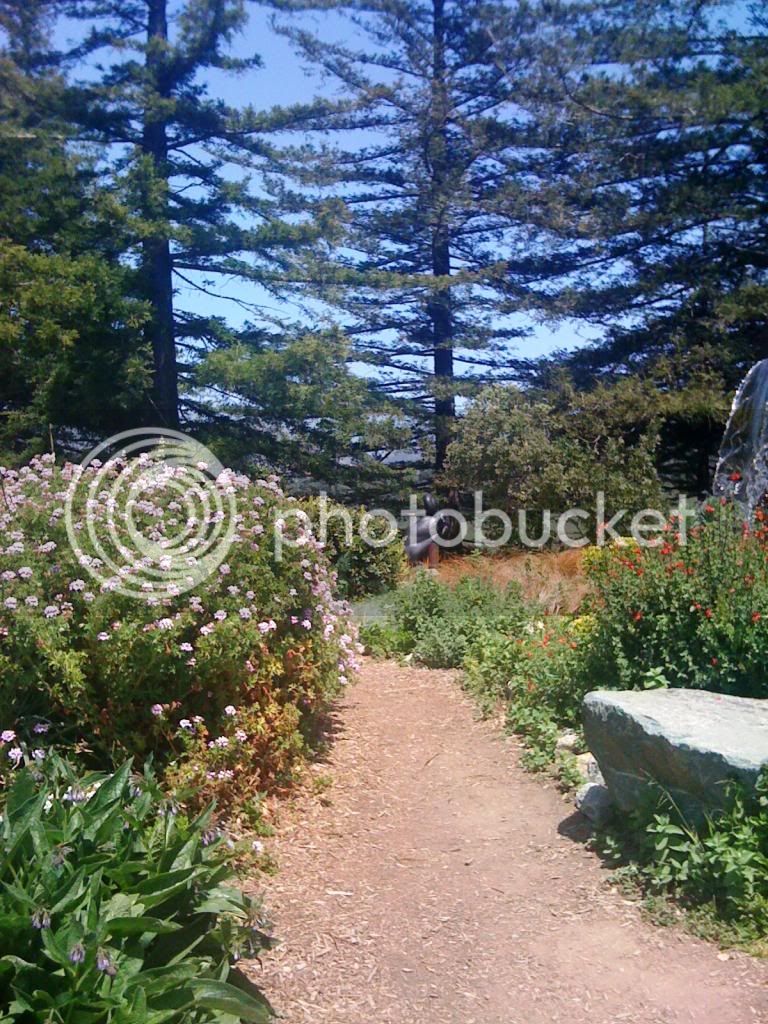 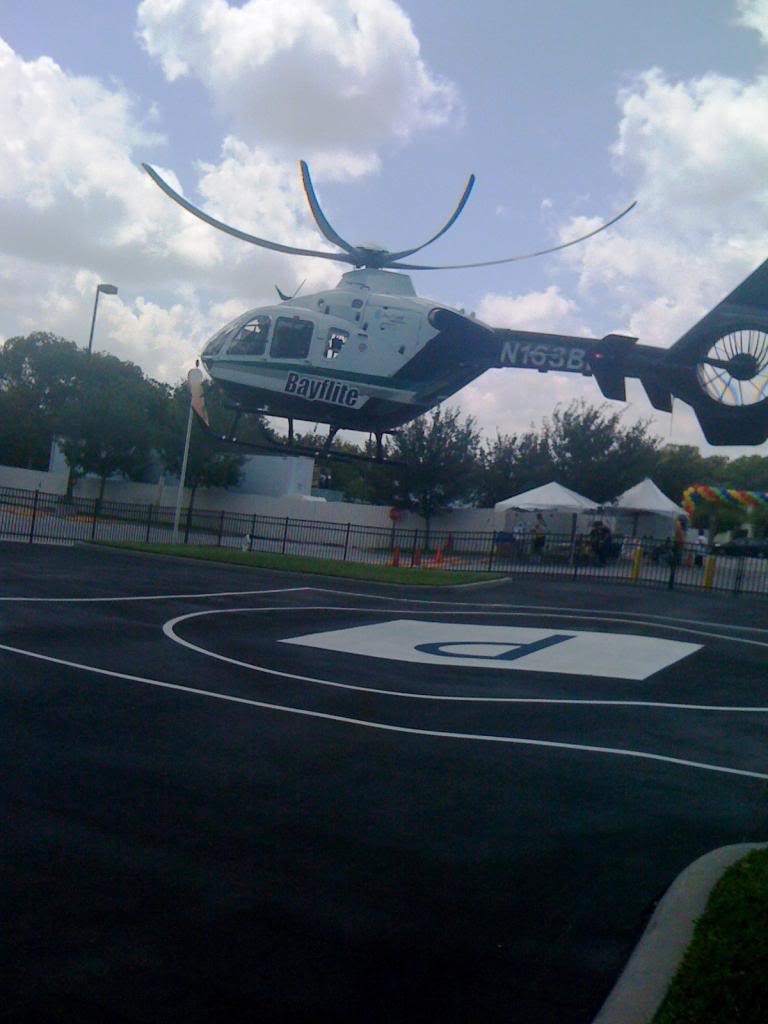 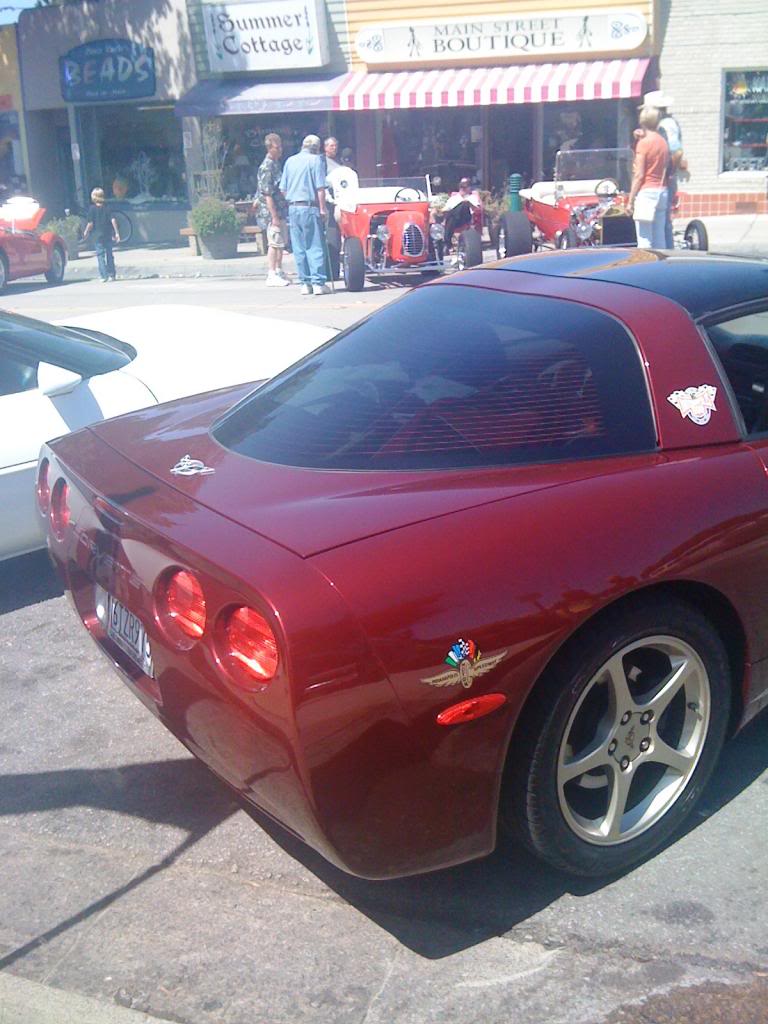 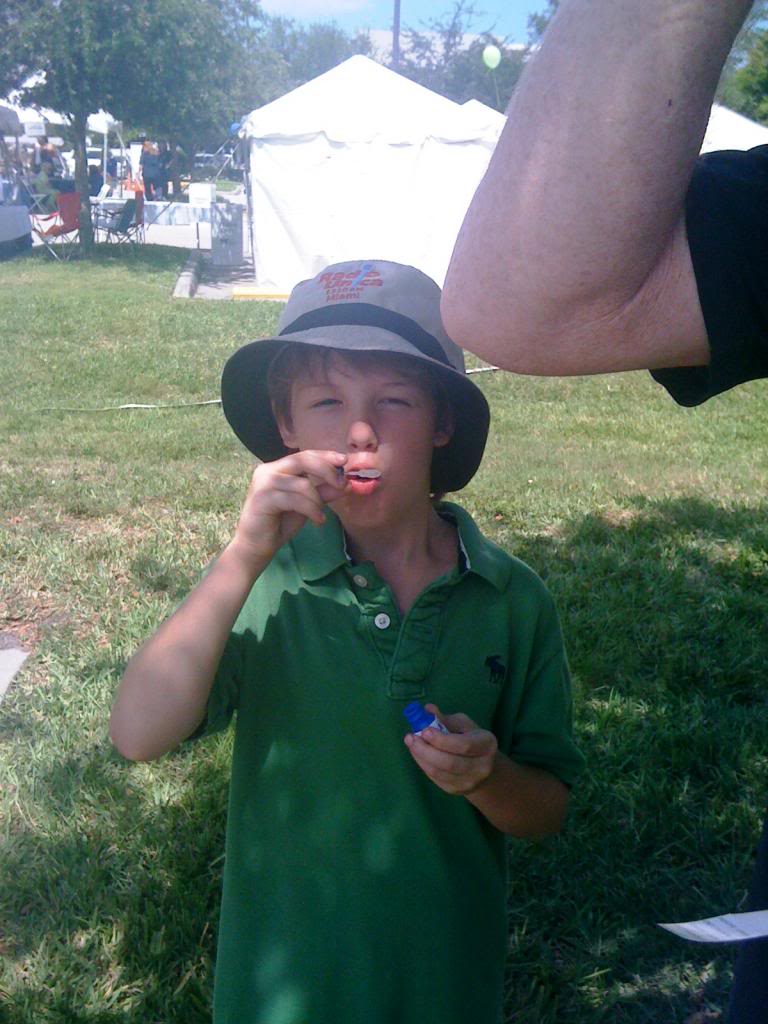 Published on Apr 28, 2013
The Gulf Breeze UFO incident is a famous series of UFO sightings which occurred beginning on November 11, 1987.

Gulf Breeze was a small city in Florida of approximately 6,000 at the time of a wave of UFO sightings that began in late 1987. News of high-quality UFO photos spread rapidly and worldwide and became the subject of newspaper and magazine articles, television talk shows and feature programs.

The "Gulf Breeze UFO Incident" most definitive evidence is a series of photographs and contact claims made by Ed Walters that began, for him, on November 11, 1987. Walters reported and documented a series of UFO sightings over a period of three weeks. The photographs of the craft were unusually clear and initially Walters' claims generated great excitement. Research by Jerry Black in the early 1990s revealed a trail of suspicious money leading to Walters, giving the initial indications that the case was a hoax.[1]

Over subsequent years, new evidence including the discovery of a model in a house once owned by Walters, similar to the UFOs in his photographs, shifted majority opinion to believe that Walters' photos of the 1987 sightings were faked. The model was found by Robert Menzer, who was quoted stating, "The model was 9 inches long across the top and 5 inches deep. Made of "two nine-inch foam plates attached to two six-inch foam plates; a six inch square blue-color gel (plastic film) and on six inch round orange paper ring, a 3.5 inch long tube, and a 2 inch wide paper ring between the 2 nine-inch plates. There were windows drawn on the model which was covered with drafting paper."[2]

Although Ed Walters was the nexus of the Gulf Breeze sightings, he was not the only person to claim a sighting. According to ufocasebook.com, an estimated 200+ others came forward with sightings, videos and/or photographs during a three-year period.[citation needed]. On December 2, 2010, the Syfy series Fact or Faked investigated another UFO video shot in 2009 where the object in the video is similar to the one(s) Ed Walters caught on camera.

UFO Hunters is an American television series that premiered on January 30, 2008 on The History Channel, produced by Motion Picture Production Inc., and ran for three seasons.

Jon Alon Walz was the Executive Producer of the show and was responsible for selling the series to History Channel after a bidding war for the rights to the show broke out between History Channel and Sci-Fi Channel (now Syfy).[citation needed]

The concept for the show was tested in a segment of History Channel's 2006 UFO special entitled "Deep Sea UFOs", produced by Motion Picture Production Inc, which featured two of the final four cast members. "UFO Hunters" was not a spin-off from a 2005 History Channel special with the same title.[citation needed]

The tagline of the show is: Hoax or History?

The series should not be confused with a similarly themed and titled UFO Hunters, a special that debuted the same day and time on the Sci-Fi Channel, (now SyFy), and created by the producers of Ghost Hunters, but which only aired one episode.

In a 2011 interview with Jim Harold, William J. Birnes claimed that after the Dulce Base episode aired, the show was canceled by top level executives at History Channel.

Radio Far Side with Santos Bonacci and Frank O'Collins. Enjoy.

Session #1 Who are you? What is yours? What are your intentions? And how to reclaim your spirit, your mind, name and body from corporations.

Session #2 Proving who you are, what is yours and what are your intentions? Properly managing the affairs of your estate including manor rolls

Session #3 Giving fair notice of who you are, what is yours and your intentions? Engaging with the existing corporate system

Session #4 Responding to pirates, trolls, criminals and members of the private guilds? Key steps to always remaining in honor 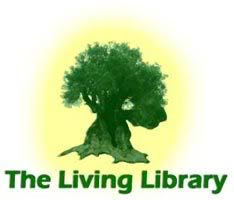 was raided by mindless parasites

but the contents jumbled and hidden.......

Very interesting. Where could we be on October 26th +. To know where to go, one must perhaps already have been invited? Did we dream up the date at Pomona. Have you been there before? I haven't - not yet, but within the Dream was a place for me too.. It's not hard to find the P lace d with tastes of spice, Paprika.  Bee seeing you through the Veil. You don't have to knock - the door was already open. Simply, take you as key and walk through.

Until we meet in Pomona.

Let the Healing of this night come together as two Galaxies come together in Love for a New Reality... A Probable Reality that was not foreseen, but is seen now in the semblance of a Dragon and a Dove in Love in Harmony in Truth of the Light that can never Die! And in respect for the Dark that is needed too and thus creates a New Balance that cannot nor will not be swayed in the scales of Life!
Aquaries1111

Did you capture the Pyramid Brook?

Or was it the Living Library I caught?

I will let you All decide!
Aquaries1111 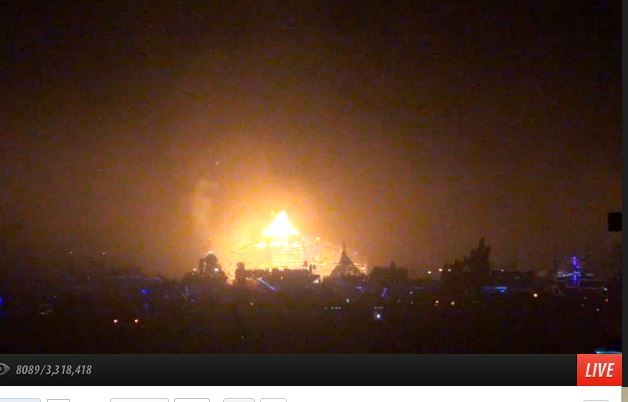 The Watchers never leave an event with potential mischief... Steerers of the Stars and Keepers of Time, we must Heal the Lines of Time.

What exactly is a Dominator? I would say a Dominator is an entity who lives by 'one safe guarded perspective'. Does a Dominator 'Defend'? "Yes". Does a Dominator look to earn brownie points by defending "Allegiance" to one particular point of view? "Yes". Does a Dominator allow all points of view? "No". Does a Dominator look to kill the Messenger? "Yes". A Dominator is one who is looking to always "show face by dominating discretely". I am no longer into being fed fluffy marshmallows. Are you? I am both Dark and Light in the balancing. First Cause allows all without judging and yet who is the one judging by demanding my posts on a certain thread be removed? I am very disappointed in "side taking" when Free Will, with respect, is not heeded. Yes that is a Scottish term, for I am Scottish Blood. A fiery Loch Ness Monster in disguise I am. My Mother was born in Inverness. May is her name and I Love Her. Yes I do. My Mum is the Ultimate very best!

On another note, my memories will always remain fresh in my Mind. Another beautiful day today wasn't it?