Ukraine’s Prime Minister Arseniy Yatsenyuk announced his resignation in the Rada (Parliament) and that of the entire Cabinet on Thursday, July 24. This decision was taken following the withdrawal of two parties from the coalition government and the non-adoption of two important pieces of legislation, which had been demanded by the International Monetary Fund (IMF)

“In connection with the breakup of the parliamentary coalition, as well as non-adoption of a number of important bills, I announce my resignation,”

“But the cabinet members will continue fulfilling their duties until a new coalition is formed in the Rada.”

On July 24th, the Rada failed to support the government’s bill pertaining to the 2014 budget sequestration, which had been demanded by the IMF on behalf of Kiev’s external creditors. The disbursement by the IMF of the “Second Tranche” of a 17 billion dollar policy based loan was conditional upon the prior adoption of this legislation.

The entire country is in an impasse. No money will be forthcoming from the IMF until this legislation is adopted. In the meantime, Ukraine remains on the blacklist of its external creditors.

Both bills were tied into the government’s negotiations with both the EU and the IMF.

The national economy is in crisis, the political structures of the country are in total disarray, all of which is occurring in the immediate wake of the Malaysian Airlines MH17 crash in Eastern Ukraine.

The two parties which left the coalition are The Neo-Nazi Svoboda party and the Centre Right Ukraine Democratic Alliance for Reform (UDAR) Party led by former champion boxer Vitali Klitschko.

President Poroshenko (left) has intimated that the resignation of the cabinet has paved the way for a process of meaningful political restructuring: “Society wants a full reset of state authorities,” said Mr Poroshenko.

What is implied by Poroshenko’s statement is that the parliamentary process is slated to become defunct inasmuch as Rada is obligated to adopt the legislation demanded by the IMF and the European Union. And if the Rada does not adopt the legislation, the composition of the Parliament will be changed through a process of outright political manipulation.

The 2014 budget project demanded by the IMF includes massive cuts in social spending coupled with increased allocations to the Armed Forces. Its adoption will contribute (virtually overnight) to a further process of the impoverishment of the Ukraine population.

We address to employees of mass-media of Ukraine - "Stop lying to the people". The degree of untruth about the situation in our country has exceeded all conceivable criteria. The people receive lies from Ukrainian TV and radio, printed media and national resources of the Internet. The journalists who are trying to bring a grain of truth to Ukrainians are losing their jobs immediately and often get to National Security and Defense Council of Ukraine. Lies that are told by the Ukrainian media have already been recognized even in the USA which have its geopolitical interests and continue to play the master in Ukraine.
Ukrainian journalists, you are lying to the people! Due to the nature of your work, you know the truth, but you are lying to please oligarchs and fascists who burst through to power (due to your lies) and you are working by theirs instructions. You're lying about the economic situation in Ukraine, you are covering war crimes of the junta and the Right Sector in the South-East, you are contributing to our oligarch rulers that sell Ukraine to Washington. But soon the black becomes white, and the people will curse you for your lies! You bear the responsibility for the current situation in Ukraine together with your oligarch masters.
If you still have a little bit of conscience left in you, if you still remember the journalist's code of ethics, if you dislike that the Ukrainian media is called corrupt, say "NO" to lies and say the TRUTH to the people of Ukraine.
burgundia

It starts with Gaza and continues to Ukraine

Recall what we said earlier today: the proxy Ukraine war just like that in Syria preceding it, "is all about energy."

Recall also the following chart showing Ukraine's shale gas deposits, keeping in mind that the Dnieper-Donets basin which lies in the hotly contested eastern part of the nation and where as everyone knows by now a bloody civil war is raging, is the major oil and gas producing region of Ukraine accounting for approximately 90 per cent of Ukrainian production and according to EIA may have 42 tcf of shale gas resources technically recoverable from 197 tcf of risked shale gas in place.
mudra

The Truthseeker: US plans 'first strike' on Russia
https://www.youtube.com/watch?v=NePChnsuMNs#t=1071 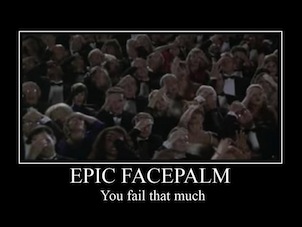 Vladimir Putin is facing a multi-million-pound legal action for his alleged role in the shooting down of a Malaysia Airlines passenger jet over eastern Ukraine, The Sunday Telegraph can disclose.

British lawyers are preparing a class action against the Russian president through the American courts. Senior Russian military commanders and politicians close to Mr Putin are also likely to become embroiled in the legal claim.

Women in western Ukraine against mobilization

ighter bombers attacking civilian targets in Eastern Ukraine, flying with Ukrainian Air Force markings, have been traced to air bases in Romania, Moldova and Azerbaijan, armed and some perhaps piloted by Poles and even Israelis.

Kiev gave orders to deliberately target civilians in eastern ukraine. Ukraine president and many other government officials are jews.