The transcendence of Time Shamanic Practice

The transcendence of Time Shamanic Practice

The Transcendence of Time in Shamanic Practice, Michael Harner, SAND 2011 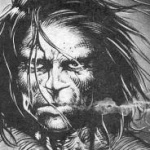 Re: The transcendence of Time Shamanic Practice

In this area and in my travels, I've never met a shaman in the proper in the proper definition, that is practitioners associated with the indigenous tribal people of northeast asia. Then there is the generic term applied by western ethnographers when referring to men or women who through the acquisition of supernatural powers are believed to cure, bring about success(farming, fishing, hunting, war) as well as cause disease and misfortune among adversaries. However I've met those who attempt to traverse upon what they call a shaman's path as well as those who could be referred to as conjurers, sorcerers and witches. No doubt that western ethnographers would regard them as shamanistic. Some would be deemed as mentally ill by mainstream society. I've encountered a few who as we would say - "Go live across the river crazy." Those even intelligent, understanding, liberal minded people would not want in their communities or drop in for a Saturday afternoon visit.

There's a lot of people often referred to as 'seekers' who seem to have an erroneous notion they can casually fork off from whatever life they've known and tread upon 'a shaman's path'. They read a few books, buy drums or other objects, attend classes at some costly weekend retreat and voilà! they are either shamans or well on their way.

Not so simple as going into Walmart for flashlight batteries or changing jobs. Of course with a general mindset of instant gratification there are those who feel if they want something it should be there or swift in coming. In actuality if not born and raised in an animistic culture, becoming such a practitioner is a long, hard and dangerous journey which is often not so flowery and mystically appealing. Not a path one would traverse to impress others or sum up experiences in a book or hold classes in order make money. Such practitioners are not always kindly sage-like characters all the time. Some can enter the dreams of others and make off with their souls.

Re: The transcendence of Time Shamanic Practice

I think that between two people it takes a connection between heart and soul to bring them to that place of trust and natural understanding. Between cultures is it any different ? I believe shamanism can't be studied as a course one would graduate through neither analyzed from a distance as one does rats in a lab. The studies we do if they dont' fill the gaps to bring us closer to our essence will never quench our thirst for truth. I think people are so disoriented today they would attend any workshop that appeals to them to think they are now on a road that leads somewhere. I have been there myself, not on a shamanic road but some other road. And this was  neither good or bad. The roads are mainly a circle whose center is our own being . And Being is Heart . And Heart is what makes the journey valuable. No matter where we travel Heart is the key.
I am grateful Atehequa you came to this thread and brought balance to it .
I enjoyed that video a lot . An awesome piece of Art.

Love from me
mudra
B.B.Baghor 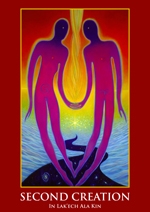 Thank you, Atehequa, for the Nine World tubby, it's beautifully done and impressive to hear and see it.
The shaman, offering some of his work in this link is a man who visited Holland in the early '80's
and this was the first time I attended a weekend with him. Mainly engulfed in music and sound, much enjoyed by me.
But hardly making connections from within, at that time, being out of touch or out of sync with the larger part of me.

After that I never found practice and presence of shamanism, as I expect it to feel as authentic or genuine
and sometimes I witnessed fake indian rain- or fire dances and ceremonies focussed on sensual impressions
for their own sake. To me it looked like kids wearing the clothes of adults, acting as grown ups, copying behavior
without owning it. Now, at a later age, I'm starting to grow into connecting with these worlds more and rekindle an
old relationship, that has been waiting for me in slumberland for a long time. What a lovely presence and great sense
of humor has Michael Harner, in this video post of yours, mudra. I like this thread a lot!