You are not connected. Please login or register
4 posters
Go to page :

Tintagel Castle on the coast of cornwall, uk 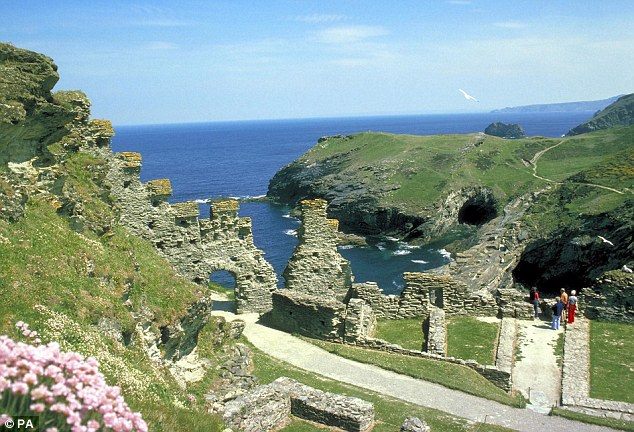 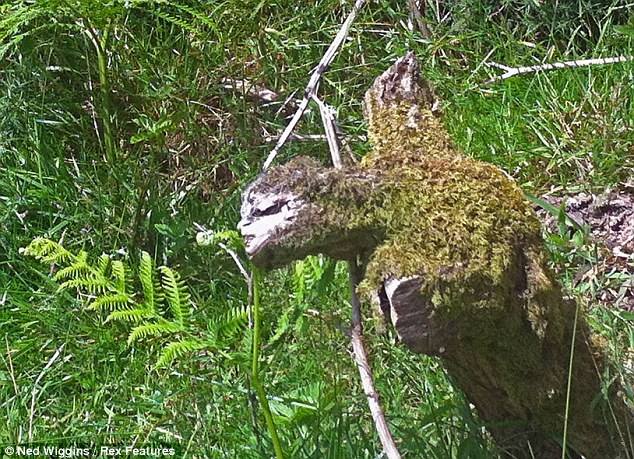 i just spent a lot of time
to post something

then; a message came in
and; i lost it all

perhaps; this is why NOT many like this site ???
mudra

THEeXchanger wrote:i just spent a lot of time
to post something

then;  a message came in
and; i lost it all

perhaps; this is why NOT many like this site ???

You are the third one to report on this in the span of a few days.
This deserves a closer investigation.

Love from me
mudra
THEeXchanger

~so, there is a change of guards going on

are you ready, to go HiGHER ???
THEeXchanger 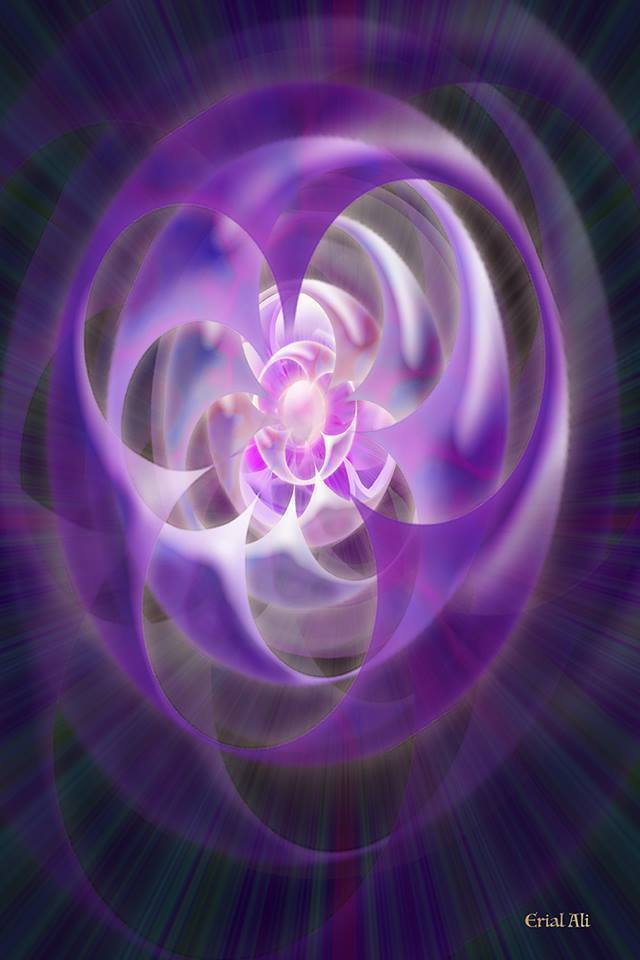 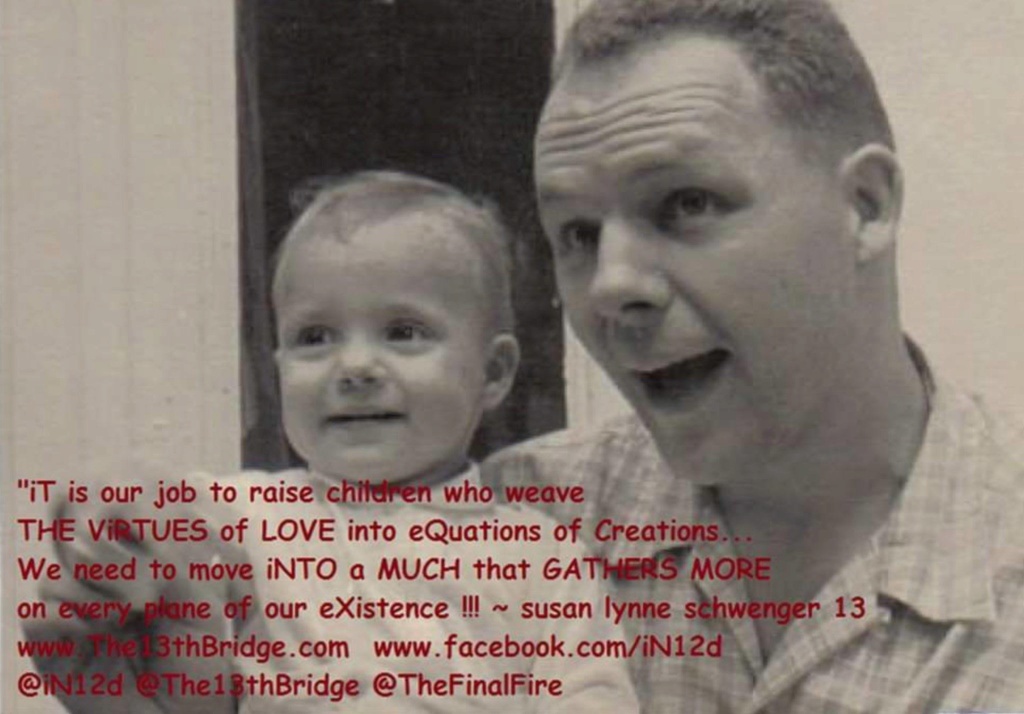 "MiLK EVERY MOMENT
for ALL of iTS MAGiC" 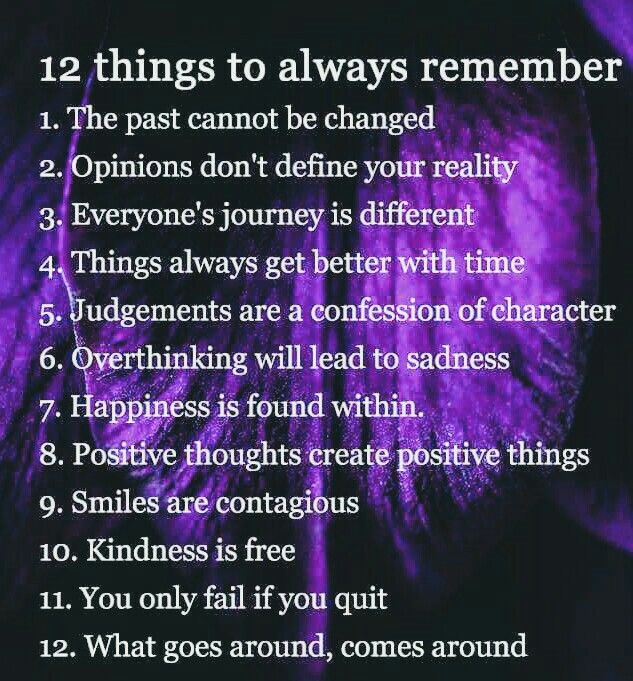 truth is the highest eXpression of love; and; love is the end result"
- susan lynne schwenger
Carol

So, so true. Reminders are blessings along the path on how to stay on the path.
_________________
What is life?
It is the flash of a firefly in the night, the breath of a buffalo in the wintertime. It is the little shadow which runs across the grass and loses itself in the sunset.
With deepest respect ~ Aloha & Mahalo, Carol
THEeXchanger

SUMMARY of TiMELiNES is here

i will 'edit' some of this tomorrow

there is some important info
related to astro / and; 9 aspects happening now
likely page 16/17/18/19 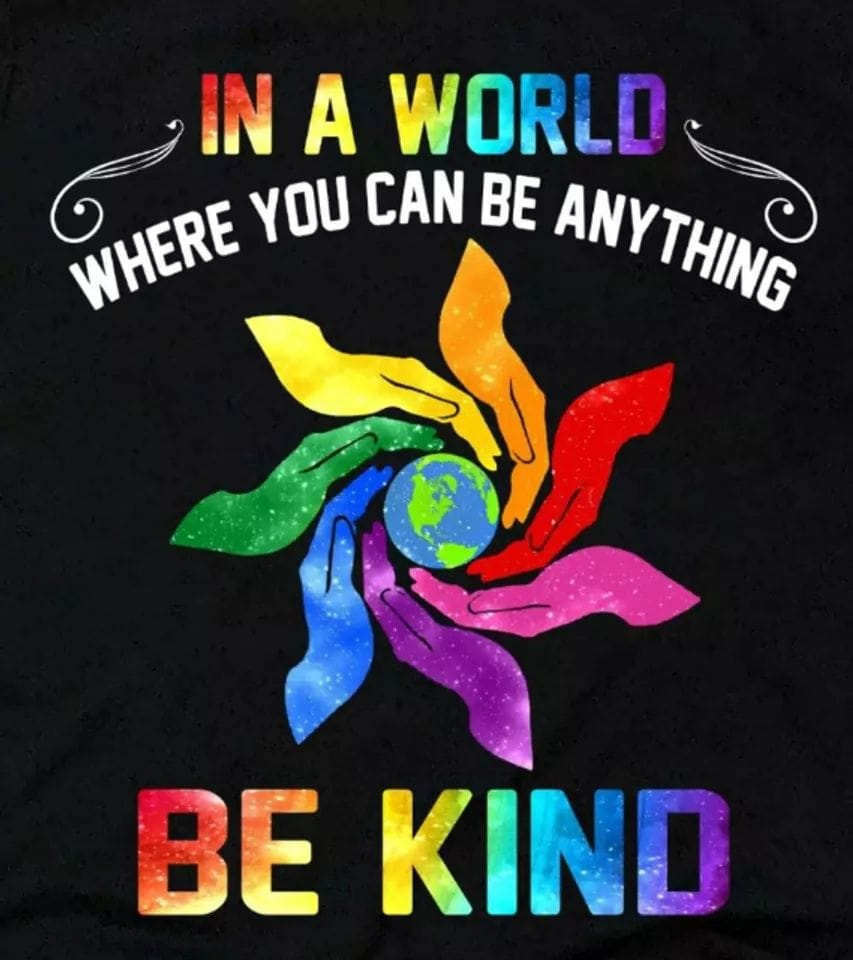 out of the swirl
we cracked this egg 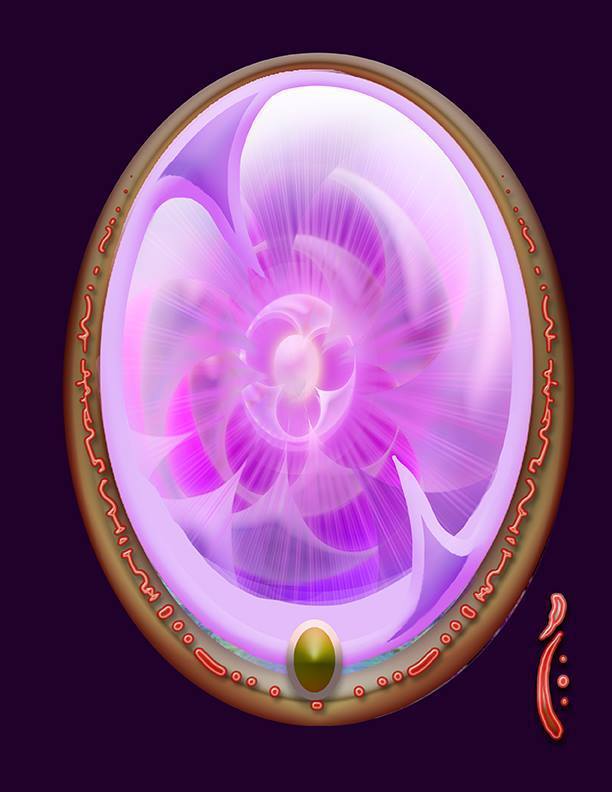 (his work is NOT yet complete)
THEeXchanger

and, from my 'soul codes' 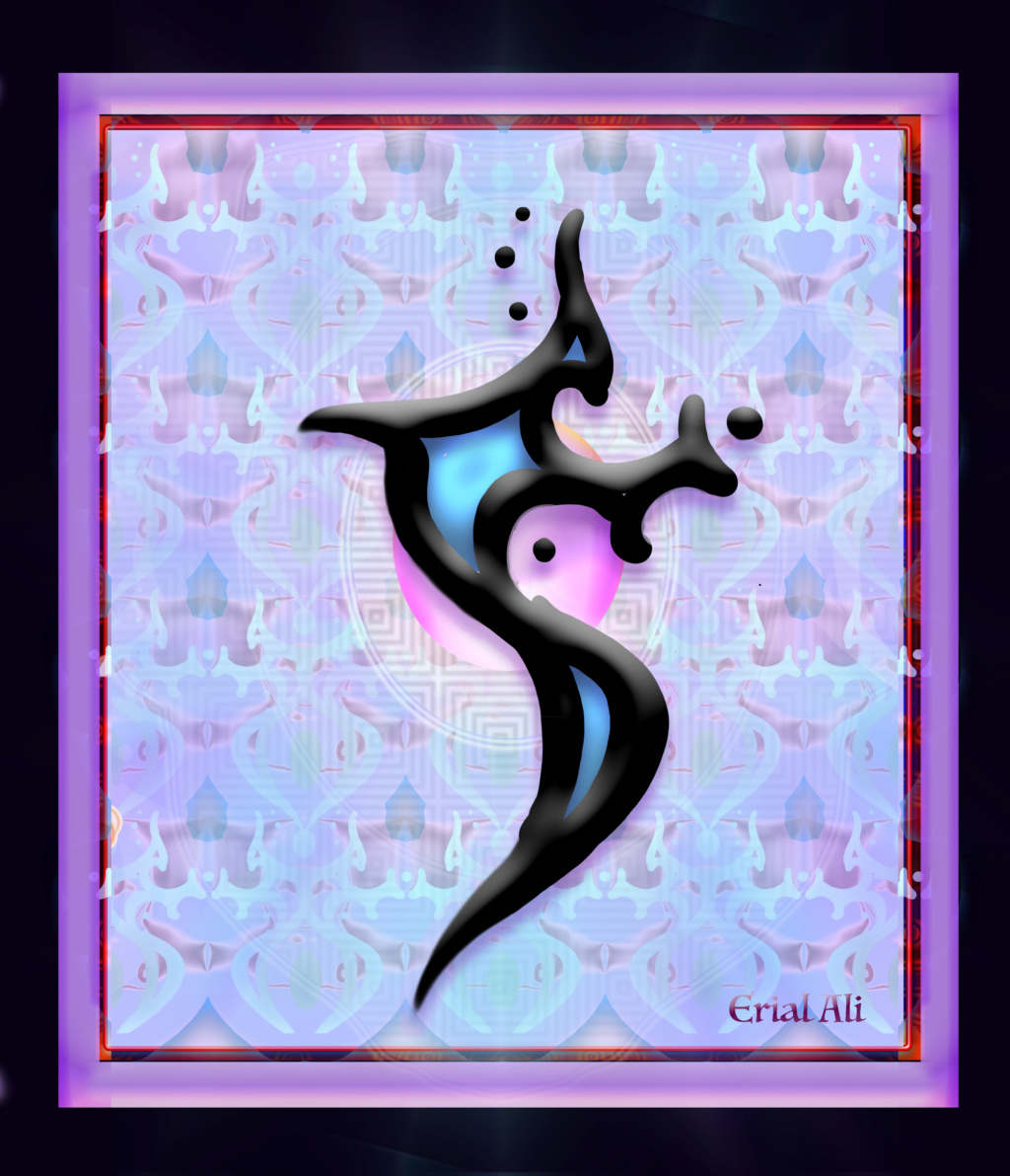 if, you could see me in my '13' lines of eXpressed spirit,
this is how we look 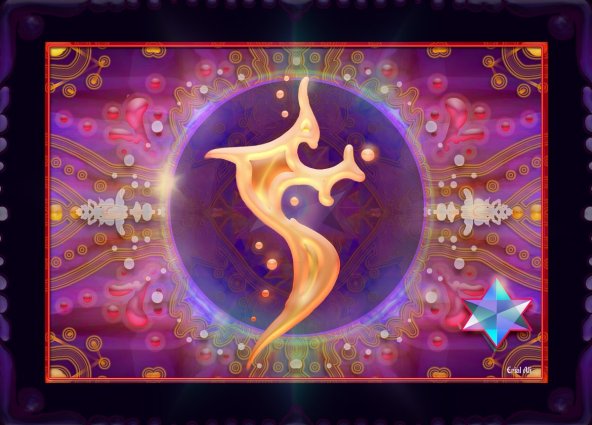 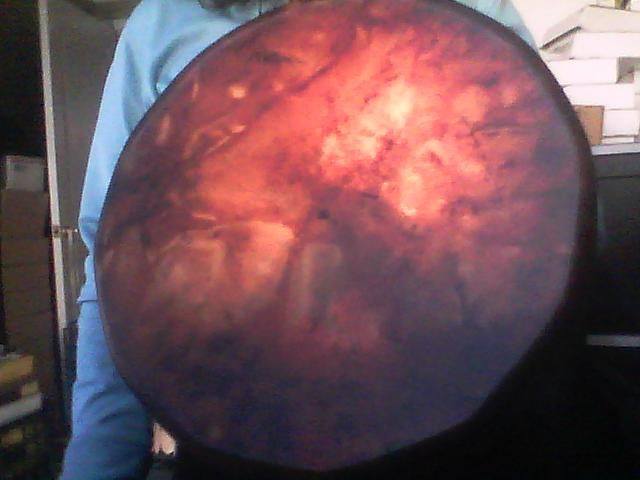 This is my 'hand drum'
it was used on The Thunderbird Mounds
in toronto, ontario

in the last set of ceremonies
on the mound...
as, you can see
there is '13' different things
that appeared in the skin

ironically; it lead into another old song

THERE ARE APPROX 333 SOULS still reincarnating from my immediate soul family
Ram Dass, is one of them 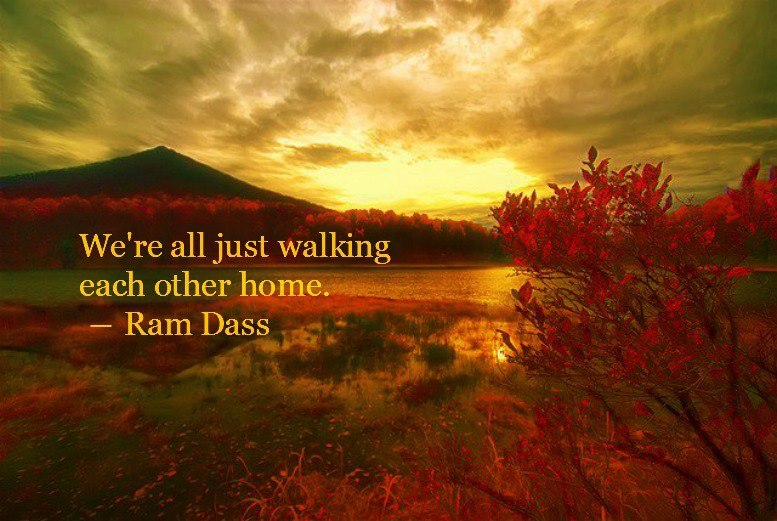 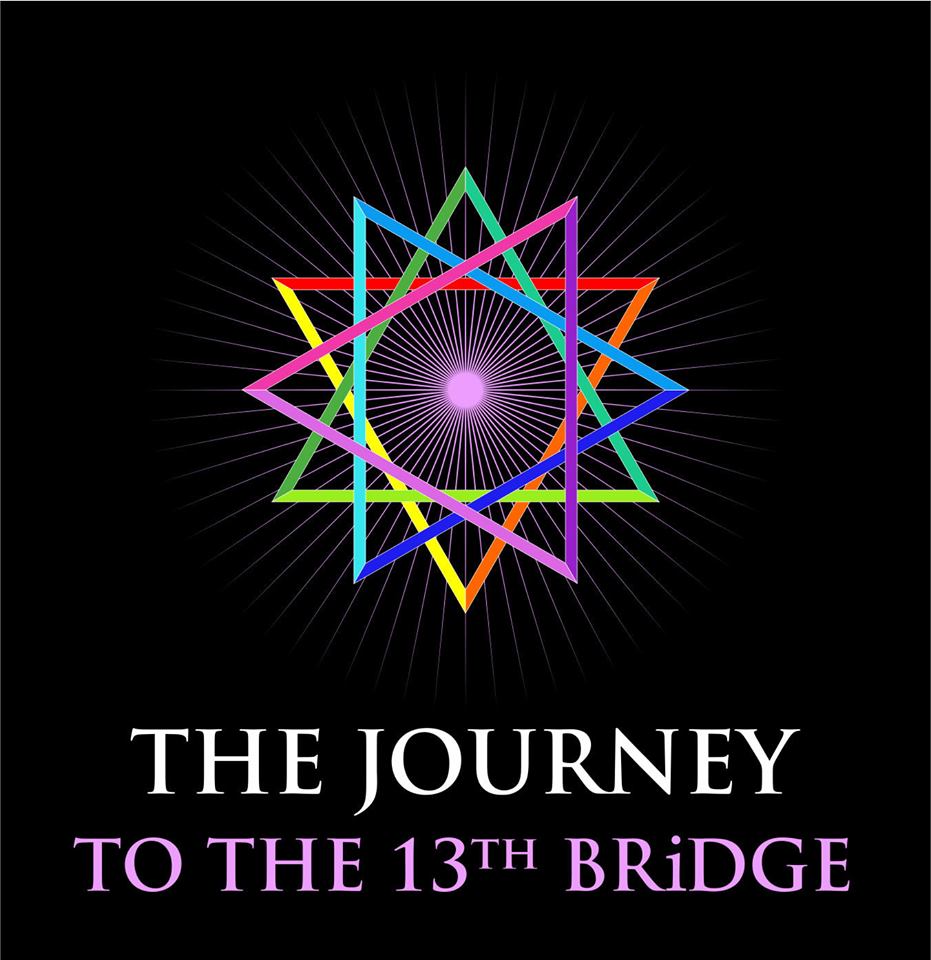 another soul from c1e7 is sal rachele

he does good work

but, i do NOT agree

with his published timelines for earth

WE shared agreements during the 1990s

until approx 2004, thru the time frame

of timelines that included www.soulwise.net

and, we are still friends who cross paths

very infrequently, to chat on skype...


We are the last king cast to the side of truth

we are an old king cast sage c1e7

last king cast to the side of truth #343

another soul from c1e7 is Farley
http://www.radioastrology.com/
he does good work, we are still good friends

last king cast to the side of energy #643


WE shared agreements from the start of the internet,

or, AOL time frame of timelines
with agreements back in 80s

we exchange frequently
since we are friends on facebook,

but, my good work is NOW vastly different
than the good work he does.

At one point; there was a woman
who has written a secret book,
who i tried to connect Farley, Sal, and, myself with...
but, sadly dynamics between her, and, one of the guys
just didn't gel into anything substantial to create anything with...
i am still in touch with the woman
who is also an immediate soul family
member of c1e7

kind of interesting the '3' last kings of a soul family
would get to meet each other
in 3D life and living...

i choose to rescind all contracts that existed with task companions

of the 3d incarnated variety...

knowing that one significant soul

will come in to cross my path,

that is a task companion,

with the role of artisan? sage? king? server? priest? warrior? or scholar?

i have NOT physically crossed paths with this soul,

but, i have a knowing about who they are,

also, i will cross paths with a soul

from C1E1, a traveling companion

who is a king cast scholar

who also resides in Canada

(this person is currently known to me)

but, i have NOT physically crossed paths with this soul,

i KNOW, who they are,

we have an active daily dialogue with each other...

enough dialogue for one day. eXcept to say:

iT iS TiME, for THE GREAT REMEMBERiNG
are you ready ?
do you have any questions ?

Talks with Thunder with THUNDERS

(which are part of The Source

~a cycled off soul family of intelligence)

does anyone KNOW how to harvest a video
of me on a radioshow about 13 years ago ???
so; i can make a copy of it for youtube...
IT IS ON youtube right now

there are 2 of them 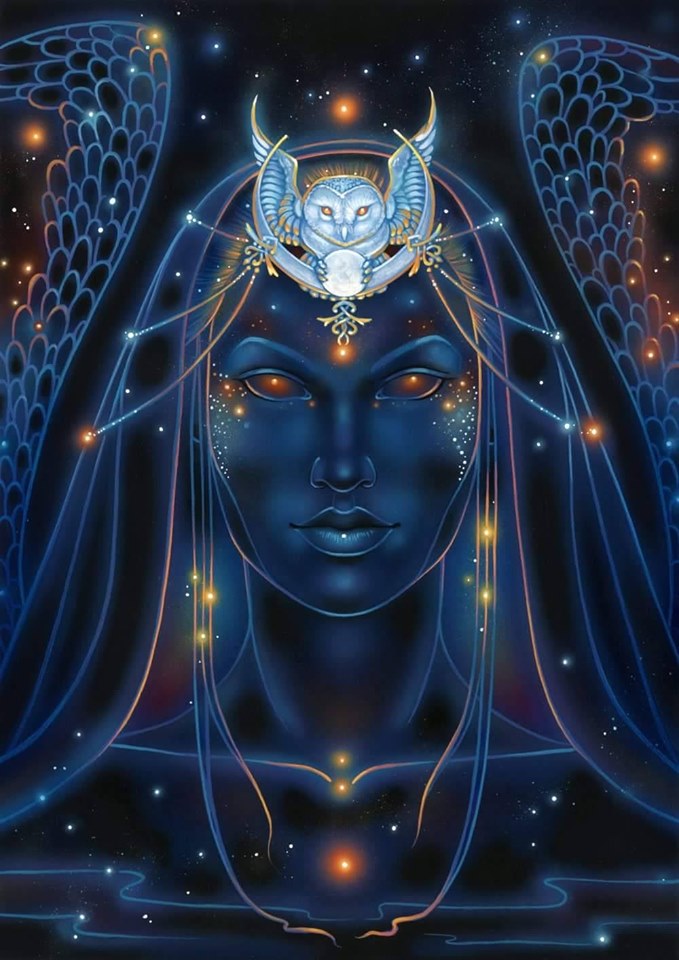 This Moon cycle, begun on August 30 with the Virgo New Moon,
has highlighted a clash between mutable signs.

These signs (Gemini, Virgo, Sagittarius, Pisces) operate through the mind.

flexible, the mutable signs create great intensity when pitted against each other.

We feel hung on a tight string, vibrating at a rate that increases anxiety and fear.

The Full Moon brings this intensity to culmination.

As Mercury, Venus, Sun and Mars shift out of Virgo and into Libra - the sign that seeks dynamic balance between the opposites – a desire for reconciliation will emerge. And, there are difficult transits ahead – Saturn will slow to station and will turn direct on September 18; Jupiter and Neptune will form their third exact square on September 21.

– with its Egyptian ally, Sothis. Pisces is a water sign

At its best, Pisces is a sign of planetary service;
in its shadow, it has difficulty recognizing and setting boundaries.

Sothis is another name for the star Sirius and one of the oldest characterizations
the Divine Feminine.

Sothis is the Bodhisattva – a soul who willingly returns to be of service to Gaia.

The keywords for Sothis are Compassionate Detachment
- a true reconciliation of opposites.

The Bodhisattva is as a hollow bone, allowing divine force energy
to pass through their thoughts and actions, expressed in every word and deed.

A high standard, to be sure, and those who aspire to this path can become confused.

What is right action?

When are we acting from compassion and when are we contributing to the problem?

There are no easy answers, but these are the right questions. 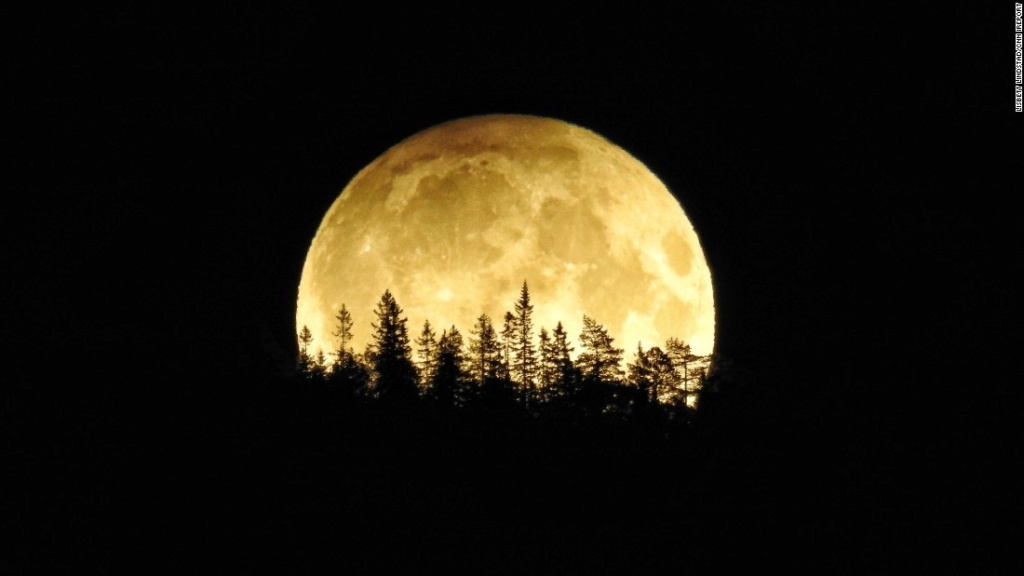 Can you feel it?

Neptune in Pisces has been calling you to expand your imagination
and merge with The Mystical.

He is the ruler of this Pisces Full Moon.

For the past two weeks he has been in opposition to the planets in the Virgo cluster.

He is travelling with the Moon in Pisces and at this Lunation will be opposite Mars in Virgo at 1.25 am EDT.

Oppositions ask us to find inner balance so we can be agents for change in a positive way.

Neptune reminds us “we are spiritual beings having a human experience”.


This is the planet that guides the dreamer, the artist, the poet, the musician, the dancer,
the film-maker, and photographer.

All these use creative imagination to express what is unseen.

This Full Moon asks you to unleash your inner artist and be guided by your Soul
as you create the life you want to live.

Neptune also guides us to Mystical Connection with The Oneness.

But Neptune is also The Illusionist.

He can make things seem true when it is actually an illusion.

The questions he asks us to answer are what is true,
what is not true, what can never be true.

He supports us to move out of illusion by letting go of untruths
especially wanting to make what can never be true real.

The theme of this Pisces Full Moon is healing, completion,
and releasing illusion so we become illuminated
and let our Soul Light shine.

Neptune is still retrograde asking us to dive deeply
and discover the Source of All That Is.

Mercury is the ruler of the Virgo cluster (mind, body, spirit healing).

The planet of our thoughts and perceptions will enter Libra at 3.14 am EDT
followed by Venus at 9.43 am EDT.

Together they are asking us to be Loving Kindness in all our relating.

The message is when you heal and release old wounds new beginnings are the gifts.

Chiron is the spiritual ruler of Virgo.

The Neptune/Pisces Moon and the Virgo cluster
are in a T Square with Jupiter at 16 degrees Sagittarius.

The stress is on Jupiter.

What is your truth and are you living it or caught in illusion
trying to make something true that can never be.

Or more importantly SHOULD NEVER BE TRUE.

This next week that theme will dominate.

On Sept 21 we have the last Jupiter/Neptune Square
(the first was Jan 13 and the second was June 16).

It is the opportunity to free ourselves from illusion and deception
and stand in our truth.

This ongoing Square has been asking us to change and find new ways
of doing things.

Our precious planet will not survive unless we do.

Our Animal Totem guides for Neptune and the Moon in Pisces are Cougar,
spiritual power, and Wolf, the teacher who guides us through change.

For the planets in Virgo our guide is Brown Bear, introspection, healing, and The Healer.

(They are reversed for the Southern Hemisphere).

For Jupiter in Sagittarius the Animal Totem guides are Elk, strength and stamina, and Owl,
the wisdom to see through deception and discern the truth.

For those in the Southern Hemisphere Jupiter is guided by Deer, empathy and compassion.

The Clan Mother for Pisces is Weighs The Truth, the keeper of equality and Guardian of Justice.

She teaches us how to find healing solutions and to accept the true truth.

For Virgo the Clan Mother is Setting Sun Woman.

She is the keeper of tomorrow’s dreams and goals.

She teaches us how to preserve and use our resources in a sacred manner.

She teaches us to Live The Truth.

This Full Moon is for dreaming the new way for the world.
John Lennon’s song “Imagine” is perfect. Here are some lyrics I have chosen.

Dale is available for astrological consultations
to help you navigate the planetary dance for 2019/2020.
To contact her you can e-mail her at daleosadchuk@rogers.com[b][b][/b][b][/b][/b][/b]
THEeXchanger

First person to state we live in an in 12d world
however, it was NOT UNTIL 12OCT2014,
that Susan Lynne Schwenger, along with Tony Bermanseder cracked The Dresden Codex,
and, also wrote the 13 lines reflected using real mathematics, physics and relations
- which actually prove this in12d world...
This radio show was Paranormal 101
with Susan Lynne Schwenger -2008 MAR 24 OR 2008/03/24
aka The eXchanger ~ White Lotus Star
The Best Documentary Ever ??? hahaha
NO doubt for 2008, this information is was way ahead of iTS TiME,
AS, she says, "iT iS Time for The Great Remembering...
The Journey to The 13th Bridge in 12d thru The Original Spark, and, this is The Final Fire, the 9th ONE !!!
Paranormal 101 Radio Show -2008/03/24 or 24 MAR 2008
SHOW 2 of 2

THE 5th ERA
- The Age of Atlantis or Atlantean Cycle

"SCiENCE is proving THE RiSHiS RiGHT !!!

THE FiNAL SYNTHESiS iN12D
is also known as:

you can find a summary of THE TiMEliNES HERE

AND tony has taken that work
and, come up with some significant answers here:

THE ADVANCED WORK of TONY BERMANSEDER

can be found here: Cosmogenesis

A Story of Creation in Membrane Mirror Symmetry
https://www.cosmosdawn.net/forum/threads/cosmogenesis-a-story-of-creation-in-membrane-mirror-symmetry.1524/
Go to page :