5g & Transhumanism; Your Life Will Never Be Your Own Again

5g & Transhumanism; Your Life Will Never Be Your Own Again

5g & Transhumanism; Your Life Will Never Be Your Own Again
http://scientists4wiredtech.com/
https://www.youtube.com/watch?v=INKP9esoyE0&feature=youtu.be
They have so much radiation, 2,000% more radiation. Once they get the antennas up they can hack anything they want along with providing dangerous cancer causing radiation. Video also provides predictive programing clips. Business insider article identifying how people will become cyborg by providing augmented reality that can be beamed into your eye. What you see in the world around you is controlled. Also has computer that neurolace into ones brain and is the outcome of trans humanism agenda.

HoloLens holoLens is aiming for a full, high-end AR experience that literally put a Windows pC on your head. Magic Leap its an entire computer on your hip, plus its headset is a set of goggles that look like they belong in a Vin diesel movie. We live in a world where our watches have LTE and our phones can turn our faces into bouncing cartoon characters in real time. You'd expect a successful pair of smart glasses to provide similar wonders. Every gadget these days has more, more, more.

With Vaunt, Intel is betting on less. That's why all of the electronics in Vaunt sit inside two little modules built into the stems of the eyeglasses. More importantly, through, the electronics are located entirely up near the face of the frames so that the rest of the stems, and even the frame itself, can flex a little. They are going right into the temporal lobe of the brain. It will take over the brain, hearing, speaking and thinking. This 5G technology is being rolled out everywhere, total control of humans.

Magnetic Frequency at 30k wats but increased 900,000 wats compared to 50 wats of light bulb. Can become a dominate factor of cell membrane. Signal can be deflected inside the skull resulting in brain tumors / cancer.

A.I. will be 'billions of times' smarter than humans and man needs to merge with it, expert says
https://www.cnbc.com/2018/02/13/a-i-will-be-billions-of-times-smarter-than-humans-man-and-machine-need-to-merge.html
Artificial intelligence could be "billions of times smarter" than humans and people may need to merge with computers to survive, a futurist told CNBC on Tuesday. Ian Pearson, a futurist at Futurizon, said there will need to be a link between AI and a human brain. Elon Musk said last year that humans must merge with machines to not be irrelevant in the age of AI.

The way to protect against that is to link that AI to your brain so you have the same IQ… as the computer. I don't actually think it's safe, just like Elon Musk… to develop these superhuman computers until we have a direct link to the human brain… and then don't get way ahead."

Over time, I think we will probably see a closer merger of biological intelligence and digital intelligence," Musk said in February 2017.

"It's mostly about the bandwidth, the speed of the connection between your brain and the digital version of yourself, particularly output."

Musk has founded a start-up called Neuralink that is aimed at just that.

Pearson said Tuesday that some jobs that don't require humans will disappear. AI and the impact on jobs has been a big theme at the World Government Summit this year.

On Monday, Sebastian Thrun, the CEO of education start-up Udacity, and one of the pioneers of Google's driverless car project, told CNBC that AI will turn us into "superhuman workers."

Re: 5g & Transhumanism; Your Life Will Never Be Your Own Again 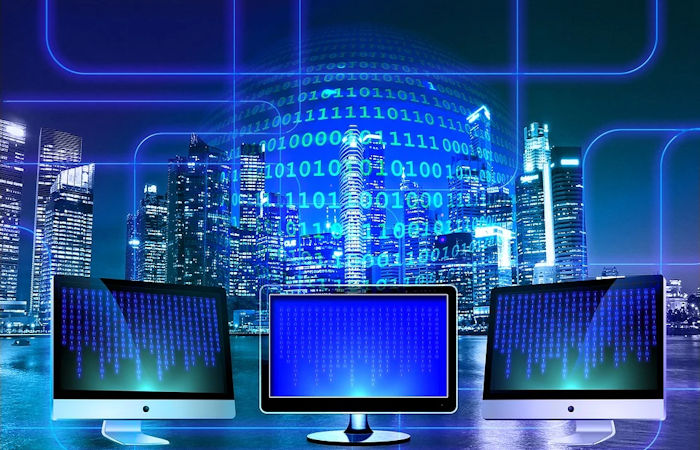 Scientists Develop The Next Generation Of Reservoir Computing


A relatively new type of computing that mimics the way the human brain works was already transforming how scientists could tackle some of the most difficult information processing problems.

Now, researchers have found a way to make what is called reservoir computing work between 33 and a million times faster, with significantly fewer computing resources and less data input needed.

In fact, in one test of this next-generation reservoir computing, researchers solved a complex computing problem in less than a second on a desktop computer.

Using the now current state-of-the-art technology, the same problem requires a supercomputer to solve and still takes much longer, said Daniel Gauthier, lead author of the study and professor of physics at The Ohio State University.

We can perform very complex information processing tasks in a fraction of the time using much less computer resources compared to what reservoir computing can currently do,” Gauthier said.

“And reservoir computing was already a significant improvement on what was previously possible.”

The study was published today in the journal Nature Communications.

Reservoir computing is a machine learning algorithm developed in the early 2000s and used to solve the “hardest of the hard” computing problems, such as forecasting the evolution of dynamical systems that change over time, Gauthier said.

Dynamical systems, like the weather, are difficult to predict because just one small change in one condition can have massive effects down the line, he said.