BTW - I will discuss this Issue of using the Words in some Form in this Thread with Anchor and Carol. I will then Post back in here with how We'll deal with It VIA a Concensus of the AdMods. No worries We'll find a unique and novel way to approach this as We have in All Things so far...

I have been thinking we could write them backwards

Love from me
mudra
Mercuriel

Dear Sister - You are truly precious. It WILL be suggested. I am writing the Thread up for Posting in the AdMods Forum right now in fact...

This issue carries a few connotations for me. Mostly to do with time, energy, and source.

Firstly, time plays into this in the context of when the energy originates. Carol mentioned that words can carry energy. I see a couple of ways this happens. One is in the sense of social agreement, or taboo. If a word is used hurtfully often enough, people tend to agree it's a hurtful word, or at least a word which is often used hurtfully, and will then have a flag go up when they hear the word. "Was that hurtful? Playful? provocative? satirical? for added emphasis?".

Taboos are basically of the old polarity structures, and on their way out. They strive to place a mechanical decision making process onto issues of should/shouldn't, do/don't, good/bad, right/wrong. They sort this neverending assortment of issues in polarity into baskets of positive/negative as a rote or routine, or perhaps prejudged process, without regard for the present moment, and the present energies. It's more a matter of "that was decided to be hurtful, so it's been agreed upon that it belongs in the negative basket, and is therefore taboo. This then generates automatic rules and regulations, which further enforce the separation of the artificially held apart poles. In other words, perpetuates polarity.

And energy is simply what it is, and subject to discernment always, unless mixed with "time" or "source". Taboo is one such source. Mother/Father is another. Literally anyone/anything which tries to change you towards one pole or another, acts as a source here. A taboo may have as original source, a very upset child, which then stresses the mother, who then reacts when seeing similarly upset children under similar circumstances, which then energetically infects other mothers who now "watch out" for that kind of occurrence, who then take it up with their husbands, who then make a suggestion and form consensus at the village council meeting, and next thing you know, you have a taboo and then a law. Original source may be an upset child. But then the village has visitors, who notice certain things become "Faux Pas" and are quickly told "we don't do that in this village". Of course by this time the original "source" may be well gone from memory, and all that remains is the "taboo", which everybody somehow just knows is "how we do things around here". This gets into the area of Morphogenic fields, as a transmission medium for such things, and facilitates spreading of these types of thought forms throughout contact like a mental infection, good or bad. There is no right/wrong connotation. Just the fact of it's spreading around like a virus.

Another aspect of Time, Energy and Source is the intentional embedding of significance or meaning in a word, consciously done, buy and aware, creative being. This can imbue the word itself with an energy type and strength. Things like spells, incantations, curses, power words, etc, can fall under this category. So some words do in fact carry their own energetic meaning, and for me, this one is the most difficult for discernment, as I much more easily pick up peoples energy, than that of objects, like words. Clif High has been looking for just one such word which is historically, supposed to cause Reptoids to reveal their true nature.

And then probably the most easily recognizable energy signature available for discernment, is the present time intention(s) of the originator of the iteration of the word now. In other words, "what did the person mean by what they just said". This is often "layered" because of some notion that honesty should be, in part, witheld. Children learn pretty early on, what they are not "supposed" to express, and what happens if they go against that taboo. (A taboo can exist within as small a group as two beings) So the children being clever and creative, start to learn how to layer their communication, with "hidden" or partially so, intentions. They know what words they can't use, so they send the same energy those words would usually convey, using different words, and voila, hurtful intention delivered without use of the forbidden word. This phenomenon was, IMO, what turned the GFL lies thread into such a big and attention drawing one. The pretence that it was all just fun and games and that nobody held any actual hurtful intention towards others while using innocuous or gibberish words. Everybody knew full well that there was more than just a little playing going on, and that intentions and words were an energetic mismatch. That's just an example many here will be able to use as a frame of reference for the subject of meanings and connotations of words, and especially when energy and word use don't match as they are attempted to be displayed.

The real crux is discernment of meaning and intent. In the presence of that discernment, all the other stuff becomes meaningless. You don't then need "rules" and "guidelines" and "taboos" and "artificial/mechanical filters" to intercede where your own lack of discernment causes confusion. You simply know what was meant and respond to that.

Any of the now missing words in the original post of this thread, can have a wide variety of meanings attached, as has already been expounded upon in previous posts. The question for me, is how long we will permit ourselves to be led around by the nose rings of taboos, and "now you're supposed to" type regulation, instead of embracing the freedom to permit individuals their own exercise in discernment.

I've made my own preferences clear numerous times before. I lean very far if not all the way towards letting people be who they are, and being sovereign and responsible for their own thoughts, intentions, words and actions.

MP3 I agree in some respects but one thing is not thought of at all here...

How does one take care of the Issue if all of a Sudden - The Forum is spammed and AdMods have to spend days cleaning things up. I will chat and discuss this to be sure but of all the things present in Our Reality and the pressing Issues of Our present now - This part of the Issue is the emphasis of Our most frenzied Posting ?

Mudra has a good Idea and Its not because We're prudes either that the AdMods have adopted this stance... 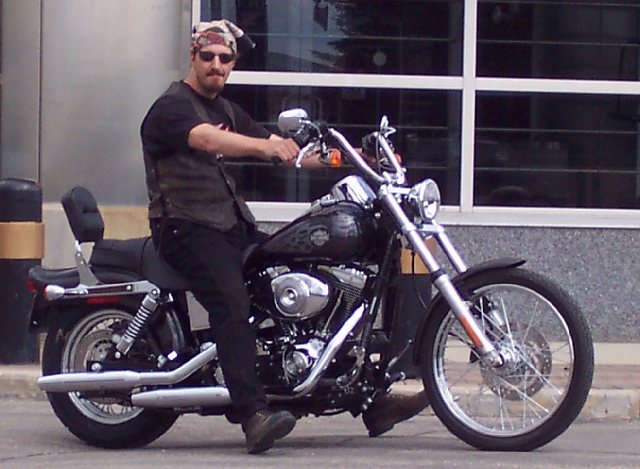 MP3 you nailed everything i was trying to say and more. I like this type of discussion becuase it opens us up to look at things openly and from different angles. Mercuriel, i totally get it too from your perspective and as an Admod who has to be prepared to deal with any scenario, as in the case of spam! etc. But overall, as MP3 said, the real crux is discernment of meaning and intent.
mp3

I understand, Mercurial. It's obviously not easy living in the twilight zone between worlds, eh? I get spammy shite in some of my personal emails, and I often have to wonder whether I'm part of a species split off or something, the difference in energy is so great. I've noticed all the innovative ways those spammers have of circumventing filters too, but substituting $ for S and 4 for A and on and on.

Life in the between worlds area it is then. I guess my suggestion, and what I do personally, is lean. I lean forward, instead of leaning backwards. If a decision must be made in the between worlds area, I always try to lean towards the new solutions as I understand them, because I believe this shift is totally dynamic, and it is primarily OUR OWN decisions which guide the process. So where a decision point comes up, I review my choices, and try to isolate the fall back automatic responses, vs the freer, more sovereignty enhancing options, and do my best to select that which moves me/us in the direction I want to go.

I believe this affects the collective consciousness and adds to the plus balance of things. In the sense of "no drop of water thinks it was responsible for the flood".

The old ways rely largely on having something/someone do our thinking for us. Look at all the laws which have been "assigned" the task of making our decisions for us. Making a rule is the old way. Making a suggestion, is somewhere in the middle, and letting people choose, and in fact encouraging them to choose, and at the outer extreme, insisting they do their own choosing to the point of refusing to choose for them, is the way of the future.

We have to exercise those new freedom muscles we've just noticed were atrophied, if we want to have them for use in the future, because there are those who just LOVE to be the "deciders" and "choosers", and love the pay day that comes with that role.

Barry Schwarz on our Loss of Wisdom

" Practical wisdom is the combination of moral will and moral skill.
A wise person knows when and how make the exception to every rule.
The wise person knows how to improvise.
Real world problems are often ambiguous and ill defined and the context is always changing.
The wise person is like a jazz musician using the notes on the page but dancing around them inventing combinations that are appropriate for the situation and the people at hand.
A wise person knows how to use these moral skills in pursuit of the right aims. To serve other people not to manipulate other people.
And finally perhaps more important a wise person is made and not born.
Wisdom depends on experience.
You need the time to get to know the people that you are serving , you need permission to be allowed to improvise, to try new things, occasionnally to fail and to learn from your failures.
As we turn increasingly rules , rules may make things better in the short run but they create a downward spiral that make them worse in the long run . Moral skill is chipped away by an overline on rules that deprive us from the opportunity to improvise and learn from our improvisations .
And without intending it by appealing to rules we are engaging in a war on wisdom."

Mercuriel wrote:MP3 I agree in some respects but one thing is not thought of at all here...

How does one take care of the Issue if all of a Sudden - The Forum is spammed and AdMods have to spend days cleaning things up. I will chat and discuss this to be sure but of all the things present in Our Reality and the pressing Issues of Our present now - This part of the Issue is the emphasis of Our most frenzied Posting ?

Mudra has a good Idea and Its not beacause We're prudes either that the AdMods have adopted this stance...

Is this you on your bike Merc??