I'm going to post here little snippets of info I found by credible media sources in case any of you missed them. Feel free to add to as you come across any on your synchronistic web search finds.

Warren Buffett, in a recent interview with CNBC, offers one of the best quotes about the debt ceiling:

"I could end the deficit in 5 minutes" he told CNBC. "You just pass a law that says that anytime there is a deficit of more than 3% of GDP, all sitting members of Congress are ineligible for re-election. The 26th amendment (granting the right to vote for 18 year olds) took only 3 months and 8 days to be ratified! Wy? Simple! The people demanded it. That was in 1971 before computers, e-mail, cell phones, etc. Of the 27 amendments to the Constitution seven (7) took one year or less to become the law of the land all because of public pressure.

Warren Buffet is asking each addressee to forward this email to a minimum of twenty people on their address list; in turn asking each of those to do likewise.

In three days, most people in the USA will have the message. This is one idea that really should be passed around.

1. No Tenure/No Pension. A congressman collects a salary while in office and receives no pay when they are out of office.

3. Congress can purchase their own retirement plan, just as all Americans do.

4. Congress will no longer vote themselves a pay raise. Congressional pay will rise by the lower of CPI or 3%.

6. Congress must EQUALLY abide by all laws they impose on the American people.

7. All contracts with past and present Congressman are void effective 1/1/12.

The American people did not make this contract with Congressmen. Congressmen made all these contracts for themselves. Serving in Congress is an honor, not a career. The Founding Fathers envisioned citizen legislators, so ours should serve their term(s), then go home and back to work. If each person contacts a minimum of twenty people then it will only take three days for most people (in the US) to receive the message. Maybe it is time to start getting "active". This is a start to how to fix congress!!! If you agree with the above, then please pass it on.

"The pressures on (lawmakers) are enormous", Simpson said. "Not just internally but because of Greece and Italy and the stuff going on around the world and we're on a trajectory that matches all those countries".

Simpson predicted that if the super committee fails to act in a big way, America could soon reach a "tipping point".

"It'll come" he said, "when the (stock) market decides that this is a dysfunctional bunch of squirrels who can't get anything done".

A mummified elongated skull found in Peru could finally prove the existence of aliens. The strangely shaped head - almost as big as its 50cm (20in) body - has baffled anthropologists. It was one of two sets of remains found in the city of Andahuaylillas in the Southern Province of Quispicanchi..

A new White House website invites petitions for changes in government policy. Among the most popular requests: the legalization of marijuana and an admission that the government communicates with aliens.

Young people are supposedly our most Web-literate citizens, said Clive Thompson "But just how savvy are they"? Not very: They simply swallow whatever they find on Google. To study kids' online-search skills, scientific researchers asked a group of students to look up answers to a series of questions. Not surprisingly, the kids relied on Web pages at the top of Google's results lists. When researchers switched the order of results, most students were easily tricked, and relied on the (falsely) top-ranked pages. Other studies have also shown that students don't really bother trying to assess the credibility of information found online. Is an "article" a disguised advertisement? Was that profile of Martin Luther King Jr. actually posted by white supremacists? The average high school and college student is unable to discern the hidden agendas. This naivete is largely the fault of schools, which rarely teach critical thinking and mastering "crap detection 101" isn't easy; you need to be savvy about the world and how it works. Ultimately, a broad-based education is the only "true key to effective search".

Moderate earthquakes that struck nearby Sparks, Oklahoma in Nov have been blamed on fracking activity. According to a post on Planetsave.com, fracking could be a law-breaker behind a 5.6 bulk trembler that struck Oklahoma. This would be a healthy arrogance due to a 185,000 drilling wells and hundreds of injection wells within a state, though according to a news on The Huffington Post, experts trust a Oklahoma earthquakes were naturally-occurring along a error and not due to fracking activity.

this apparently occurred back in late October 2009 ...But is now leaking out and being acknowledged publicly 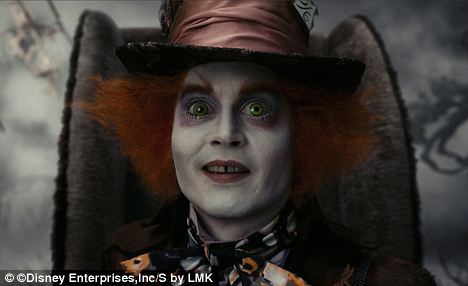 It was the tea party the Obamas just couldn’t resist.

A White House “Alice in Wonderland” costume ball — put on by Johnny Depp and Hollywood director Tim Burton —
proved to be a Mad-as-a-Hatter idea that was never made public for fear of a political backlash during hard economic times, according to a new tell-all...
Read more: http://www.nypost.com/p/news/national/in_blunderland_hKpNQkHfvpEWe4F51kI4dP#ixzz1iusj11vI

Now that is OTT.

Roman Catholic Priests have been told to inject "scandal" into their sermons by a senior official from the Vatican. Cardinal Gianfranco Ravasi said priests needed to liven up their often "dull" sermons with the scandalous parts from the Bible. Cardinal Ravasi,the Vatican's most senior cultural office, added that if priests did not change, sermons risked becoming "irrelevant". The cardinal was speaking at an event in Rome where he said that social networking sites such as Twitter were a good way to spread the word of God. He said that, "Priests should remember that congregations are "the children of television and the internet".

The 69 year old, who some believe is a candidate to become the next Pope said: "The advent of computerized information requires us to be compelling and trenchant, to resort to narratives and color".

The cardinal added that the Bible was "crowded with stories, symbols and images". Ravasi was made a cardinal in November 2010 and is currently the President of the Pontifical Council for Culture. He also writes a blog for the Italian financial newspaper II Sole 24 Ore. II Sole offers professional services in the areas of software, data access, business books and real time services. He praised the blogging site of twitter as a tool that "forces to deliver something in a flash, something primal".

Americans last year filled 254 million prescriptions for pain-killing opioid drugs such as OxyContin and Percocet - enough to medicate every American adult around the clock for a month.

Penn State University researchers have shown that microwave heating or roasting garlic can diminish or destroy its anti-cancer activity. If garlic is processed or dried, meanwhile, it loses its ability to form hydrogen sulfide, a substance that relaxes blood vessels and may be food for the heart, according to a study in the Journal of Agricultural and Food Chemistry.

The Fix: Eating garlic raw is best, but if you need to cook your garlic, chop or crush it beforehand and allow it to stand for at least 10 minutes, the Penn State researchers said. This allows it to create hydrogen sulfide and helps create the compound allicin, which is thought to be responsible for many of garlic's health benefits.