Last summer I worked in a cob house building project in Spain.
What I've found, to my Dutch amazement, is that many Spanish people hardly speak English.
All service desks are meeting places with a potential clash, the persons at the desk are annoyed
by frustration for not being able to speak English. So, they lash out at you before you know it and
say rude things in Spanish to you, even turn around and walk away.... huhhhh?

It takes at least 30 minutes extra to find out about how to travel by train or bus, due to this condition.
And when you're a woman, specially when you treat others as equals, like I do, don't try to discuss this
language barrier with male busdrivers and ticketoffice men in uniform.

That's absolutely not done in the....... still present to this day.... Spanish macho world
Spanish women don't discuss things with men, they just tell them what to do and wink at them energetically.
How hilarious..... for these men become like sheep in these womens clever use of charms.....concoctions

This link is in Spanish, as you may have understood by now 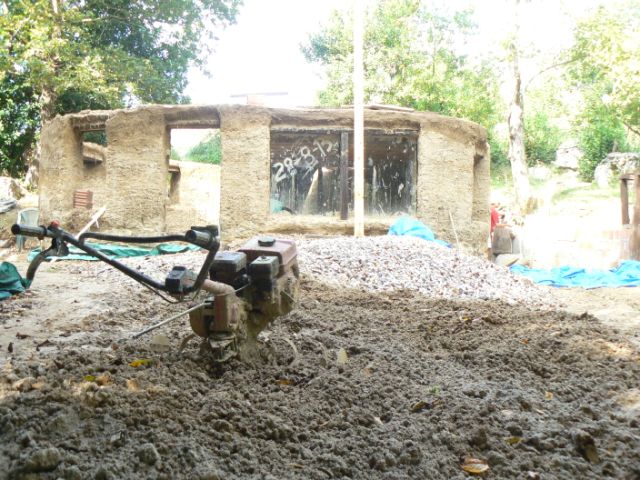 This is the project I've worked, until I fell from 3 meter height without a fracture....
only whimpered for 2 weeks for bruising my shoulder and ribs.