The Big Bangers, Sagan, Hawking et al are idiots and stretcher case retards, whose impetus is the dumbing down of mankind, who remain the scientific equivalent of politicians and journalists, blind to hard evidence 911 was an inside job!

In the 1950's, when the spectra of deep field galaxies obtained by Edwin Hubble with the two hundred inch telescope on Mount Palomar was subjected to scrutiny, it was found the absorption lines of all the common elements were shifted toward the red end of the spectrum, this is called redshift. 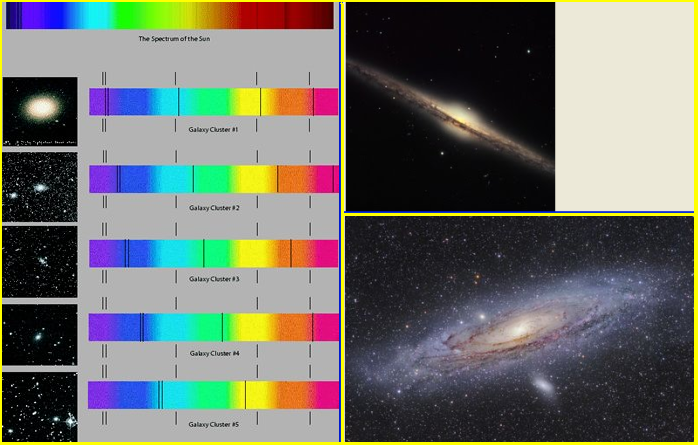 The furthest ones away attested to by their small image width on the photographic plates, all had greater RS than their closer counterparts whose images subtended a greater angle.

When space based and adaptive optic instruments extended the visual limit further, vastly more distant edge on spiral galaxies, recognized as a central bulge with two pointy bits extending about twice as far on the same axis, emerged in the same advanced stages of evolution as the MW, here RS is approaching twelve, which puts the rate of recession well into the super luminal category.

Which means faster than the speed of light, yet they are goin’ about their own business the same as around here .. expand the image for faint blobs of light which are galaxies ever further away in every direction, and see them as neurons in the brain of God, which is meant in no evangelical sense it just seems the best way to describe it.

That M31 the relatively nearby Andromeda Galaxy has blue shift, is because it is gravitationally bound with the other galaxies in the local group, M31 and the Milky Way or home galaxy will eventually expand to become elliptical galaxies, making a sub cluster typically seen in the middle of larger galaxy clusters. 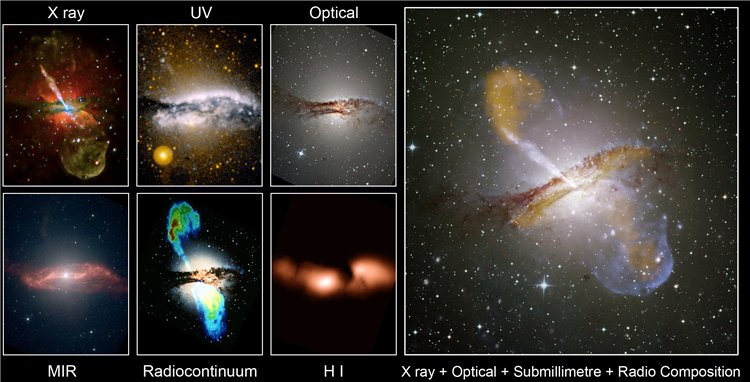 Nearby NGC 5128 called Centaurus A is presently undergoing that process .. those who cackle on about the age of the universe expressed as a percentage of it’s present age, say redshift indicates the universe is expanding after the explosion of a primal atom, that accordingly could only have been located right where good ol’ Earth is today, the Big Bang hypothesis.

An astronomical phenomenon called a BL Lacerta object has no redshift and remains a pinpoint of light on even the deepest fields, is thought to be a tunnel shot of the energy beam from the active nucleus of a quasar, modern binocular, space based and image stabilized telescopes, have identified a rim of matter surrounding some of the BL Lacerta points of light, which does have redshift supporting that hypothesis.

It can not be speeding in both directions at once can it now .. when confronted with that the Big Bangers start on about balloons and expanding space! 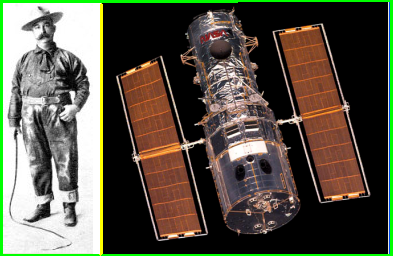 Forget about balloons .. Hubble was a dictator, the only person other than him who was allowed to look thru the two hundred inch telescope was a mule skinner named Milton Humason, Hubble and Milt cooked up the Expanding Universe theory between the two of them, which is so much hot air.

Assume most spiral galaxies that look the same are roughly the same size, as distance reduces the linear dimension constantly so does redshift increase in proportion, thus a spiral galaxy that subtends an angle of one degree, will be twice as distant as another two degrees wide, similarly a galaxy half of one degree wide, will be twice as far as the first, and four times further than the other.

Blue shift is observable in the discs of rotating galaxies, thus the light from a distant galaxy will exhibit mean redshift in proportion to its linear distance, expanding the image further, as rotation brings parts toward us they will be slightly blue shifted back toward the norm, similarly as rotation takes objects away, their light will be shifted so slightly even further toward the red part of the spectrum.

The Hubble Space Telescope went into orbit with an incorrectly ground primary mirror, B’s of D’s were invested in building, storing and testing the HST prior to launch, and nobody had checked to see if the primary mirror was going to work .. gimme a break!

Where did the money go, spammers will tell you about what a great asset and what a grand piece of hardware it is, it is not it is a piece of junk, who got the HST money, as well and the trillions missing from the Pentagon revealed September 10, 2001??

Thank you for this thread MartinTimoty. Very good.

Do you know about Russell's science that completely debunks the notions of mainstream science like gravity, time, big bang theory etc... and comes with a great model of how the world comes into being and is perpetually created.

We also have a thread about Walter Russell on this forum.

The following podcast explains well how this cubic field of creation works:


The Big Bang is alleged to be the starting point of our universe. This theory is based on the redshift based on the Doppler effect. All galaxies except our own, the milky way, are through our telescopes observed with a redshift, which made the majority of the physicists to conclude, that all other galaxies are moving away from us, and therefore the universe is expanding. The original force causing the universe to expend is claimed to be the Big Bang.

Prof. Konstantin Meyl is convinced that the redshift of the other galaxies has an other cause, which makes the Big Bang theory collapse. Meyl points out, that everybody agrees that all galaxies are slowly contracting towards their centre, called a black hole. That means in our galaxy all the stars come closer to each other, because they join on their march to the black hole. That implies that we should se our fixed stars in our universe with a blueshift, because they come closer. But the blueshift is NOT observed.

The mistake Einstein and the modern quantum mechanics do is that they ignore the source field, the aether. The field is controlling matter and therefore the meter, how long a meter is. Speed is meter times seconds. Therefore the field controls even the speed, including the speed of light. We don't see the blueshift at the fixed stars, because they and we belong to the same field of our galaxy. We all shift place in the same proportion. That's also the reason why we measure the speed of light as a constant: 300.000 km/s. That measurement is only an illusion. We don't measure the speed of light, but only our measurement device, because we look at it with our eyes using just light, what we want to measure.

So Galilei was right when he claimed that an object with the speed of light coming towards us should be quicker than light, because both speeds are added up. The information from Einstein that there is nothing quicker than light is nonsense, confusing us, so that we are not able to detect the source field, giving us free energy and explaining how the universe and life is really functioning.

The redshift we observe at other galaxies results from our own movement to the centre of our milky way, not because a Big Bang makes the universe to expand. But without the acknowledgement of the source field, we are not able to understand that. And that is meant to be......