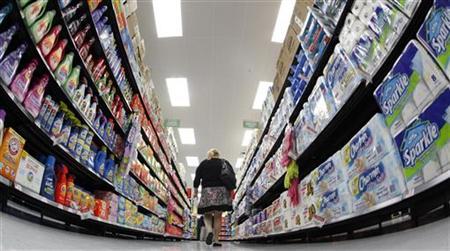 http://www.reuters.com/article/2012/10/25/us-usa-economy-consumer-idUSBRE89O0LH20121025
Americans To Face Tougher 2013 On Rising Prices, Taxes
Reuters) - Consumers will have to dig deeper into their pockets next year to pay for costlier healthcare, more expensive grocery bills and higher taxes, an extra drag "People are very concerned about what is going to happen next year because they are already seeing price increases that are affecting their budgets," said Bruce McClary, a spokesman for Clear Point, a nationwide credit counseling organization that helps consumers experiencing problems with debt. "They are also worried about any kind of changes that might be happening with regard to their income tax, that they are going to have less disposable income to work with," he said.on the country's already slow-moving economy. "We think it's going to be a difficult six to nine months," said Scott Hoyt, senior director of consumer economics for Moody's Analytics. "If anything, conditions are likely to get worse, particularly at the start of the year." But an expiration of payroll tax cuts in early January and a spike in food prices could wipe 0.8 percentage points off U.S. economic growth next year, according to some economists. Another big extra outlay will be in healthcare premiums, which on average are costing employees more than $2,200 in 2012, according to Aon Hewitt, a human resource consulting firm. Tuition costs for the 2012-13 academic year rose again but federal grant aid and tax benefits did not.
_________________
What is life?
It is the flash of a firefly in the night, the breath of a buffalo in the wintertime. It is the little shadow which runs across the grass and loses itself in the sunset.
With deepest respect ~ Aloha & Mahalo, Carol
Current date/time is Mon Jun 01, 2020 7:21 am