Maybe Rich People Can See the Writing on the Wall': CEOs Stepping Down at Levels Not Seen Since 2008


A record number of CEOs left their positions in October, a corporate outplacement firm reported Wednesday, the most in one month since the 2008 recession.

"Maybe this means nothing, maybe this is a coincidence," said show co-host Sam Sacks. "Or maybe rich people can see the writing on the wall and are cashing out right now."

Sacks and co-host Sam Knight weren't the only ones who saw the news as possibly indicative of economic upheaval on the horizon.

According to Challenger, Gray & Christmas' report, 1,332 CEOs have already left their companies, far outstripping the total 1,257 departures by this time in 2008. A total 1,484 CEOs left their positions by the end of 2008.

The CEO of Altria is departing on medical leave after testing positive for the coronavirus — he joins a slew of high-profile execs who have departed in 2020 so far, including Bill Gates, who is leaving the boards of Microsoft and Berkshire Hathaway

As the sun rose over New Delhi on Sunday morning, the megacity’s normally chaotic streets were unusually calm.

Minutes later, at 7 a.m., even those carrying out last-minute errands had dispersed as a nationwide curfew came into force. Billed by Prime Minister Narendra Modi as a “people’s curfew” against coronavirus, the voluntary shutdown lasted for 14 hours until 9 p.m. — leaving markets empty, train stations quiet, and tourist sites actually looking like they do in the photos.

Authorities said the curfew would serve as a test to see how prepared this country of 1.3 billion — the world’s second-most populous nation — was to deal with the pandemic. It was perhaps the world’s largest exercise in voluntary social distancing to date. But two days later, Indians found themselves facing a lockdown that was no longer optional.

On Tuesday night, Prime Minister Narendra Modi announced a total ban on Indians leaving their homes for 21 days, set to come into force at midnight local time, abruptly putting one fifth of the world’s population under lockdown to combat COVID-19. “To save India and every Indian, there will be a total ban on venturing out of your homes,” Modi said. “It is impossible to say the price India will have to pay if irresponsible behavior continues.”

I had my daughter in law at the phone today: schools will remain closed until  september.
mudra

The Global Economy Is CRASHING By Design And A One World Digital Currency IS The Endgame!!!

The PRE PLANNED Global Response To COVID-19 And The ENDGAME Agenda EXPOSED With James Corbett!!

PostScript - It's an Op - by John L. Petersen

How markets are being played maybe ..
. Who knows ?
.
China officially announces victory over the Corona virus

Did the Chinese deceive the world with the Corona Virus? And they saved their economy ?!

This is what the Americans and Europeans think, after they sold their shares in high-value-added technology companies for a minimal price to the Chinese government.

According to them, the Chinese leadership used an “economic tactic” that made everyone swallow the bait easily, before they asserted that China did not resort to implementing a high political strategy to get rid of European investors, in support of China’s economy, which would bypass the US economy with this step ..!

And because it teaches the science of certainty that Europeans and Americans are looking for excuses to slow and bankrupt the Chinese economy, China has sacrificed some hundreds of its citizens, instead of sacrificing an entire people ..!

Through this tactic, China succeeded in “deceiving all”, as it reaped about $ 20 billion in two days, and the Chinese president succeeded in deceiving the European Union and the United States of America in the eyes of the world, and played an economic game of a tactical nature, which was unthinkable. !

Before the Corona virus, most of the stocks and stakes in investment projects at “Technology and Chemicals” production plants were owned by European and American investors ..!

This means that more than half of the profits from the light and heavy technological and chemical industries went to the hands of foreign investors, not to the Chinese treasury, which led to a decline in the Chinese currency, the yuan, .. and the Chinese central bank could not To do something against the continuous fall of the yuan ..! 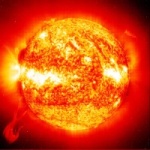 Great thread, Mudra...Bookmarked and been checking back often

Good to see you.

We are slowly realizing like a creeping horror this is what we've been reporting on all these years and didn't know it. So many agendas coming together under one giant umbrella. Love you guys. Please share this one. It's important. And please join our Patreon if you can. We're just trying to keep the lights on and keep going and get our next big film done.
Much love, Aaron & Mel
(PS - There's an Easter egg at the end of the vid.)
EDIT: (PPS - For those who asked: The clip at the end of the vid is one we put up in 2018 called "One Card to Rule Them All". It was meant to be a parody... sadly it's much less of a parody now.)


We are no going back to normal

Major change signs and forecasts regarding 2020 dating back to 2019

If you go out leave your phone at home
mudra

Its a month I haven't been out really.
My daughter told me yesterday that the government voted that they will now
ring us up to make sure we are at home.
Better to have our phone close by then
Also they are allowed to put us in prison if we don't respect the rules of confinement.

How things have changed he Swanny.
We have been envisioning that kind of world for years and now that it is here in full swing
I wish that vision was like the planet X propaganda: always looming, never coming.

Here's a question for you: How do you know when you're at war?

When there are troops on the streets? When mass panic hits? When there's martial law and the public is told to batten down the hatches for a months or years-long siege? When world "leaders" tell their populations that the enemy is to blame for all the carnage?

If these are the criteria, then that means we're at war right now.

Troops on the streets? Check.

Martial law and the public being told to batten down the hatches? Check and check.

World leaders telling their populations that the enemy is to blame for all the carnage? Check and check.

Yes, by all of those metrics, we're at war. But no one is calling it war. Why not? Because, in the minds of the public, there really is only one metric for judging our war status: Whether troops are in the battlefield shooting at each other or not. Surely that's war, right?

But then, why is Merkel invoking World War II in her attempt to explain the current crisis to the German people? Why are we being told that the times we are living through are worse than war? Why is misleader after misleader, from Trump to Trudeau to seemingly everyone else, invoking old war time emergency measures and preparing for full-scale martial law?

Still not enough to convince you that the world is now at war? Well then why did Donald Trump declare war on coronavirus and anoint himself a "war-time president"? Why did Macron look steely-eyed into the cameras and pronounce "nous somme en guerre"? Why are Boris Johnson, Moon Jae-in, and seemingly every other so-called "leader" in the world piling on in their declarations of war?

Thanks Oxy what does David have to say ?
Would you be so kind as to summarize shortly ?
mudra

Specialist sniffer dogs are to be tested to see if they can detect coronavirus.

The charity Medical Detection Dogs has already trained dogs to spot the scent of malaria, cancer and Parkinson's.

It plans trials on the current pandemic virus with Durham University and the London School of Hygiene and Tropical Medicine (LSHTM).

Charity boss Dr Claire Guest said it had to find out how to "safely catch the odour of the virus from patients".

mudra wrote:Thanks Oxy what does David have to say ?
Would you be so kind as to summarize shortly ?

It's probably more instructive to hear it directly from the 'horse's mouth'. I'm not particularly skilled at interpreting the work of others. I keep providing research 'minimal-lists' rather than providing summaries of these lists. Cut out the middle-man, and deal directly with the Truth and/or BS. Previously, Wilcock said some interesting things regarding the Paradise 'Camp Fire' which I have not heard supported or condemned. I mostly treat alternative-stuff as science-fiction. It's easier that way. Actually, I located a summary from 'Battlestar Galactica'.

5 mins of Wilcock is too long for me

Communism In The United States? Say Goodbye To The Constitution!