Digital forensics experts can still easily tell computer-generated fakes apart from real images, but they're no good at stopping them going viral in the first place

After two decades as a digital forensics expert Hany Farid has come to know the telltale signs of a fake image. The shadows are often a dead giveaway. “They tell you a lot about the scene,” he says. “The nature of the light in the scene, where it was coming from.” Forgers often get them wrong, putting shadows in improbably locations or omitting them altogether.

For most of Farid’s career, digital forensics has boiled down to a simple question. "It’s asking whether the video, image or audio recording has been manipulated since it was recorded,” he says. But now the question is no longer “has this blemish been removed or this scene altered,” it’s “did this scene ever exist in the first place?"

“There’s a whole new host of ways of manipulating photographs now,” Farid says. Photoshop has made it easier for anyone to edit images convincingly enough to fool untrained eyes into thinking they’re seeing the real deal. The kind of image that Farid finds himself working on for courts or news agencies has changed too. Now that everyone has a camera in their pocket, he’s often presented with blurry footage taken at an unknown time and place and uploaded to the web anonymously.

Recent advancements in machine learning have got Farid particularly worried. 2017 was a bumper year for image-faking technology. In July, researchers at the University of Washington trained an AI that converts audio into realistic mouth movements, creating a video of someone saying words they never actually uttered. A paper from the graphics card company Nvidia released in October showed that you can use machine learning to automatically change the weather in a photograph, turning a summer’s day into a wintery scene with snow piled up on pavements and the trees leafless.

Another group from Nvidia trained a machine learning algorithm to generate images of unknown celebrities. Trained on a database of 30,000 photos for 20 days, the software learned to create high-resolution 'photographs' that looked almost indistinguishable form the real thing. But those celebrities don’t exist in the real world – they are simply an algorithms’ idea of what a celebrity looks like. 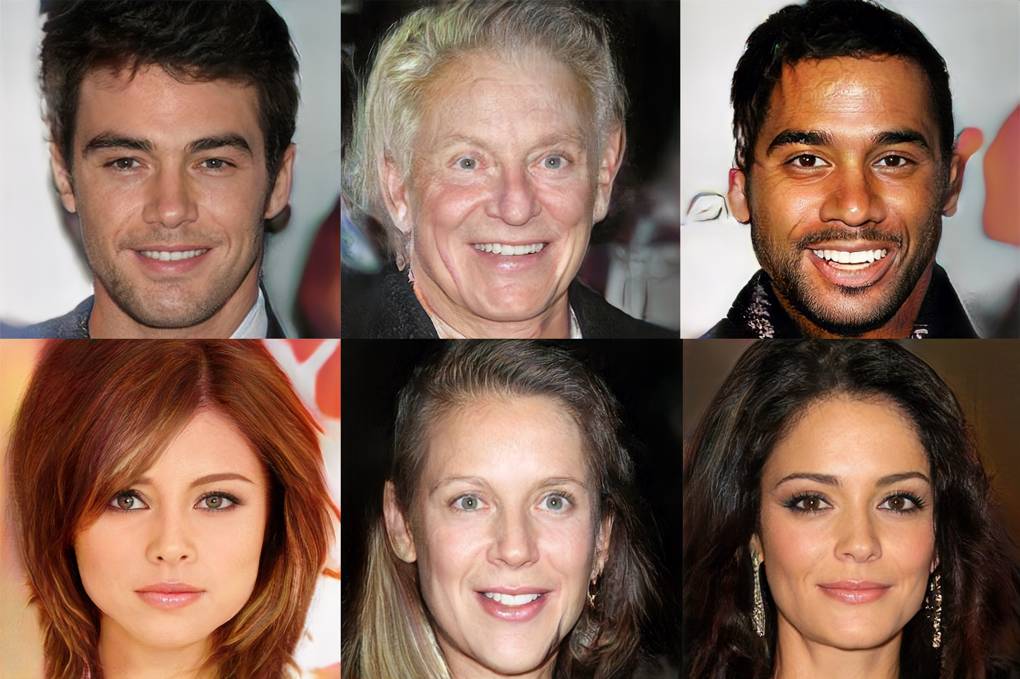 Re: Technology can't rescue us from AI-generated fake news

This thread seems to address Fake-Photos rather than Fake-News. Or are they really the same in many cases?? I suspect the Computer-Management of This Solar-System for Thousands of Years, with strict-guidelines, yet with a form of direct-democracy which asks "What Do You Want??" in the manner of Mr. Morden from 'Babylon 5'. In other words, what we want determines what we get. This hypothetical-system might've kicked-in when we rebelled against God (by whatever definition). I've recently been thinking about the movie '2001: A Space Odyssey' and wondering if some aspects of this movie actually occurred in 12001 BC??!! I could continue, but I'm feeling REALLY BAD. Could it be that a 14,000 year-old HAL 9000 makes damn-sure that I never succeed??!! But what if a 14,000 year-old HAL 9000 makes damn-sure that no-one succeeds at the Top of the Pyramid for any significant length of time?? What if, in antiquity, the Real God said "If I Can't Have Them, Then Nobody Can!!" I once heard Dr. Robert H. Schuller shout those exact words (but I don't remember the context)!! Where did Bob learn those words?? I wonder as I wander!!