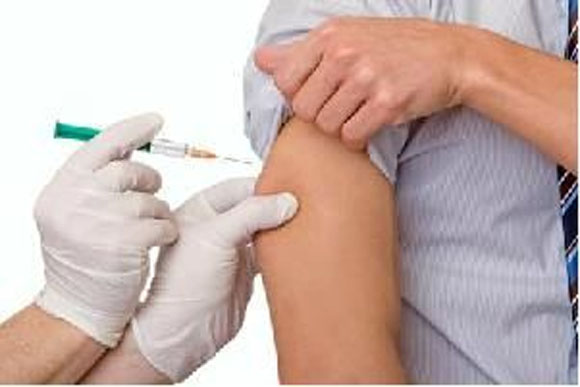 Read more: http://www.pakalertpress.com/2012/10/30/italy-and-switzerland-ban-novartis-flu-vaccines/?utm_source=feedburner&utm_medium=email&utm_campaign=Feed%3A+pakalert+%28Pak+Alert+Press%29
Italy and Switzerland Ban Novartis Flu Vaccines
Innate Dangers of Vaccines
The downside of most vaccines, however, is simply this: they don’t really work. The Lancet published a study involving 13,095 unvaccinated adults, only 2.7 percent of whom developed the flu compared to 1.2 percent of vaccinated adults. The flu vaccine’s efficacy was a humble 1.5 percent.

Meanwhile, even low doses of vitamin D—either through the sun, diet, or supplementation—reduces risk of contracting the flu by 42 percent according to a Japanese study involving 430 children. Vitamin D in moderate amounts has none of the horrible side effects that often occur after vaccination, including but not limited to Type 2 diabetes-linked inflammation, autoimmune disease stimulation, and a deadly nerve disease known as Guillain-Barré Syndrome.

Amid political controversy, the Italian government took the highroad last week by suspending sales of flu vaccines when their quality and safety were called into question.

Novartis AG (NOVN) told Italian and Swiss authorities that their products were safe, although the shots did contain particle buildup. Citing Novartis’ failure to provide adequate information for the safe sale of the shots, however, the Italian Health Ministry has banned the 488,000 doses in question.
_________________
What is life?
It is the flash of a firefly in the night, the breath of a buffalo in the wintertime. It is the little shadow which runs across the grass and loses itself in the sunset.
With deepest respect ~ Aloha & Mahalo, Carol
Carol

On Thursday's Coast to Coast am show, author and health freedom advocate, Ty Bollinger, joined by naturopathic doctor, Michael Farley in the third hour, discussed their recently published book, "Work With Your Doctor To Diagnose and Cure 27 Ailments With Natural and Safe Methods," as well as the dangers of GMO foods, and vaccinations. The United States has a high rate of infant mortality, and Bollinger believes this is due to fatal reactions from vaccines. "The USA has more childhood vaccines than any other country in the developed world, and we have the highest number of deaths per thousand births," he cited. The long term effects of genetically modified foods have not been extensively looked at, but one recent study found that rats fed GMO corn developed cancerous tumors, 70% of the females died prematurely, and all of them suffered organ damage, he reported.

Bollinger also detailed a case of a woman with a MRSA infection who said she successfully treated herself by consuming Manuka honey, which has antibacterial properties. Dr. Farley spoke about the importance of the digestive system with its beneficial bacteria, in maintaining overall wellness and a healthy immune system. Regarding diabetes, a calorie restricted diet over the course of 30 days has been successful in reversing the condition, and the supplements of Vitamins C, A, & B, CoQ10 and cinnamon are helpful, Bollinger stated.

Farley also stressed the necessity for cholesterol in the body, which is a needed precursor for hormones, and a primary part of cell walls. Cholesterol is not the cause of heart disease, he continued, but serves to plug leaky arteries or lesions in the arteries. It's actually sugars (from white bread, sweets etc.) in the form of insulin that causes the lesions in the arterial wall, but cholesterol gets the blame, he explained. Addressing the problem of low cholesterol, Farley suggested it's related to bile not secreting properly, and can be remedied by a tablespoon of olive oil, and tablespoon of lemon juice 3x a day.
_________________
What is life?
It is the flash of a firefly in the night, the breath of a buffalo in the wintertime. It is the little shadow which runs across the grass and loses itself in the sunset.
With deepest respect ~ Aloha & Mahalo, Carol
Current date/time is Mon Jun 01, 2020 4:03 pm