https://www.youtube.com/watch?v=wQC0e9E-KSs&feature=player_embedded
Blake Sawyer, argued that the United States will no longer be a viable place to live, and people should consider immigrating to locations in the less populated Southern Hemisphere. Whether through war, disease, famine, natural disasters, or ruthless government, he predicted that 95% of those who remain in the US will be dead in the next 5-15 years. America has been targeted by the "globalists" to be taken out, he added.

Sawyer noted that the United States ranks highest in violent crime, and that countries in the Southern Hemisphere are much more tranquil. In particular, he highlighted nations in the southern region of South America as being good choices for survivability, specifically Chile, Uruguay, Argentina, and Ecuador. "I...believe that the average American does not know that they're the frog in cold water, and they think they're OK, and they're now boiling," he declared.

Wikipedia
Survivalism is a movement of individuals or groups (called survivalists or preppers) who are actively preparing for emergencies as well as possible disruptions in social or political order, on scales ranging from local to international. Survivalists often have emergency medical and self-defence training, stockpile food and water, prepare for self-sufficiency, and build structures that will help them survive or "disappear" (e.g. a survival retreat or underground shelter).

Anticipated disruptions include the following:

- A disaster caused by the activities of humankind (chemical spills, release of radioactive materials, nuclear or conventional war, oppressive governments).

- The general collapse of society caused by the shortage or unavailability of resources such as electricity, fuel, food, or water.

- Widespread chaos or some other unexplained apocalyptic event.

The third wave of Survivalism began after the September 11, 2001 attacks and subsequent bombings in Bali, Madrid, and London. This resurgence of interest in survivalism appears to be as strong as the first wave in the 1970s. The fear of war, avian influenza, energy shortages, environmental disasters and global climate change, coupled with economic uncertainty, and the apparent vulnerability of humanity after the 2004 Indian Ocean earthquake and tsunami and Hurricane Katrina, has once again made survivalism popular. Preparedness is once more a paramount concern to many people who seek to stockpile supplies, gain useful skills, and develop contacts with like-minded people to learn as much as possible.

Many books have been published in the past few years [2008-2012] offering survival advice for various potential disasters, ranging from an energy shortage and crash to nuclear or biological terrorism. In addition to the 1970s-era books, blogs and Internet forums are popular ways of disseminating survivalism information. Online survival websites and blogs discuss survival vehicles, survival retreats, emerging threats, and list survivalist groups.

Economic troubles emerging from the credit collapse triggered by the 2007 US subprime mortgage lending crisis and global grain shortages have prompted a wider cross-section of the populace to prepare. James Wesley Rawles, the editor of SurvivalBlog and author of the survivalist novel Patriots: A Novel of Survival in the Coming Collapse was quoted by the New York Times in April 2008, stating: "interest in the survivalist movement 'is experiencing its largest growth since the late 1970s'". In 2009, he was quoted by the Associated Press as stating: "There's so many people who are concerned about the economy that there's a huge interest in preparedness, and it pretty much crosses all lines, social, economic, political and religious. There's a steep learning curve going on right now."

The advent of H1N1 Swine Flu in 2009 piqued interest in survivalism, significantly boosting sales of preparedness books and making survivalism more mainstream. Events such as the 2010 Haiti earthquake, the 2010 Deepwater Horizon oil spill, and the 2011 Tōhoku earthquake and tsunami have revitalized the survivalist community.

These developments led Gerald Celente, founder of the Trends Research Institute, to identify a trend that he calls "Neo-Survivalism". He explained this phenomenon in a radio interview with Jim Puplava on December 18, 2009:

The common theme in conspiracy theories about a New World Order is that a secretive power elite with a globalist agenda is conspiring to eventually rule the world through an authoritarian world government—which replaces sovereign nation-states—and an all-encompassing propaganda that ideologizes its establishment as the culmination of history's progress.
_________________
What is life?
It is the flash of a firefly in the night, the breath of a buffalo in the wintertime. It is the little shadow which runs across the grass and loses itself in the sunset.
With deepest respect ~ Aloha & Mahalo, Carol
Carol

Top 10 Survival Downloads You Should Have Copy & Keep For Reference 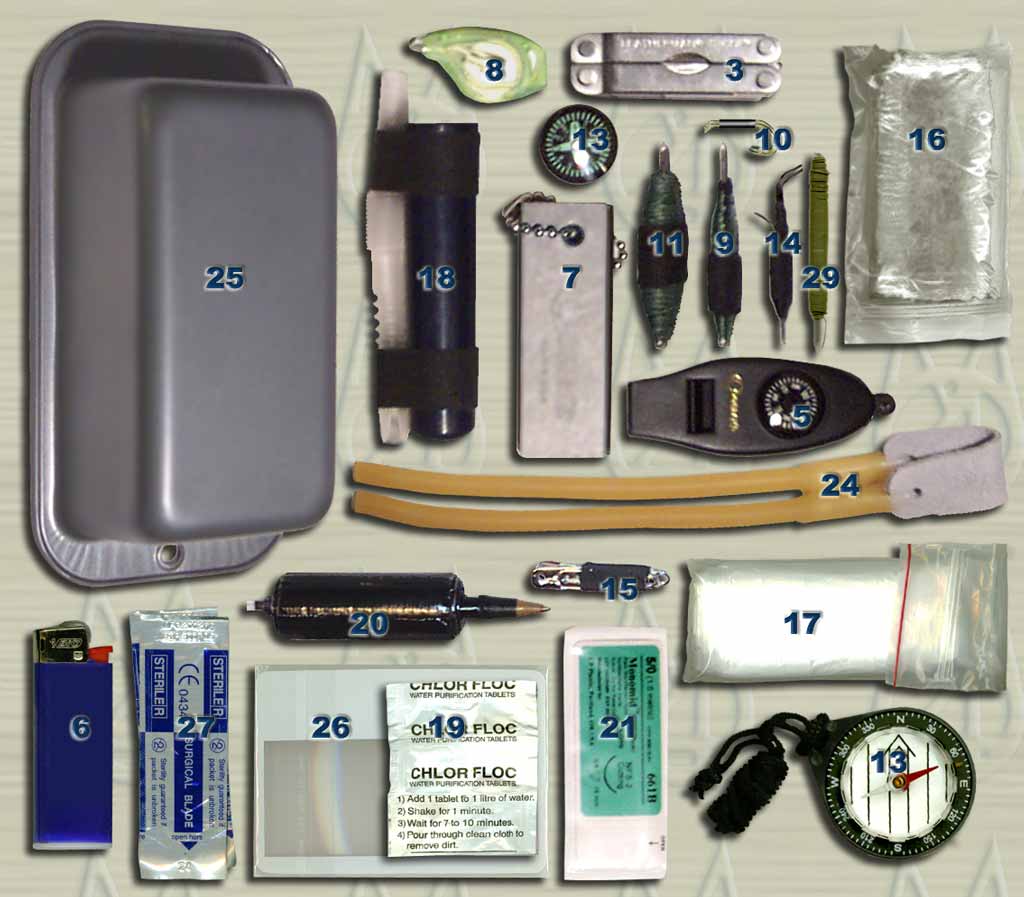 SURVIVAL MUST BE YOUR YOUR GOAL by: Lady Byrd
There are tons of good downloads in the Survival Database Download section of this website. For this article – I have selected 10 that everyone should have either printed and put away, or placed on a USB drive – or better yet both. http://modernsurvivalonline.com/survival-database-downloads/

#9. Guide to Canning– Being able to preserve crops to be able to provide for yourself and your family long after the growing season is over is important. This guide will help with that. http://modernsurvivalonline.com/Files/food%20storage/canning.pdf

#7. Where There is No Dentist– The author uses straightforward language and careful instructions to explain how to: examine patients; diagnose common dental problems; make and use dental equipment; use local anesthetics; place fillings; and remove teeth. http://modernsurvivalonline.com/Files/medical/wtndentist_2010_Web_Full_Book.pdf

#6. NATO Emergency War Surgery– While this is certainly not a manual that would stand alone in most persons emergency/disaster library, it is an absolutely necessary resource if you expect to handle any type of trauma where immediate comprehensive medical care is not available. http://modernsurvivalonline.com/Files/medical/NATO-emergency-war-surgery.pdf

#5. A Guide to Raised Bed Gardening– This is not an “all knowing” gardening book – however it provides a lot of information to the “urban gardener” before or after TSHTF. Best to get the experience and knowledge of gardening NOW rather than later. http://modernsurvivalonline.com/Files/garden/Raised%20Bed%20Garden%20Book.pdf

#4. FM 3-06 Combined Arms Operations in Urban Terrain – Combat techniques covered in the manual which may be very valuable in a “Roadwarrior”-type world
.
#3. 1881 Household Cyclopedia – A massive resource of information that much of it has been lost over the past 203 generations. From Angling to Knitting – its here. http://modernsurvivalonline.com/Files/general%20survival/1881_Household_Cyclopedia.pdf

#2. FM 21-76-1 Survival-Evasion-Recovery (1999) – Excellent manual geared towards the soldier that finds himself behind enemy lines

#1. FM 21-76 US Army Survival Manual – From Amazon.com: This manual has been written to help you acquire survival skills. It tells you how to travel, find water and food, shelter yourself from the weather and care for yourself if you become sick or injured. This information is first treated generally and then applied specifically to such special areas as the Arctic, the desert, the jungle and the ocean.1970 Military Issue Manual. General Introduction and Individual and Group Survival Orientation Navigation, Finding Water In All Parts of The Globe. How To Obtain Food, Start a Fire and much more!