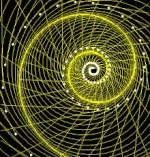 So I have been thinking about it and researching about it and I plan on making the life style change to vegan very soon. I just wanted to make a point that I am extrememly limited when it comes to money so I was just looking for some site suggestions or just tips of your own that you could give me on how to shop vegan and how to keep the most money in my pocket when I do. Any help is greatly appreciated. :)
mudra

What a great idea SpiraOut

If you want to keep it simple yet delicious and nutricious I would invest in the following:

Legumes: lentils, adzukis, chickpeas ...
(some of those are a good source of proteins)

Fruits can be brought there too and some as well as nuts can be collected in the wild.

Look for wild edibles too like nettles, dandelion, mushrooms...

Make you own indoor sproutings from various seeds

Links you may find interesting on this site :

Growing microgreens and sprouts at home

Wow, what a wonderfully helpful reply.

Thank you for being such a thoughtful and generous person! I'm going to jump right into more research at this very moment.

Love and light to you friend!
enemyofNWO

Benefit of a Vegan or vegetarian diet , not often discussed .
A small percentage of the population suffer from " Kidney insufficiency " . This condition causes the accumulation in the blood of a waste called : Creatinine " . This creatinin is created by eating , Fish , Chicken , Fish . To reduce the creatinine the hospitals use dialisys machines . However eating a Vega or vegetarian diet helps in reducing the creatinin from the blood system in a natural way .
The problem is that humans have changed their diet tremendously in the last 100 years . My grand parents did not eat regularly meat , poultry and fish but rather , grain , polenta porridge , beans cheeses and preserved ham . Once a week or so , if the money was available , they would eat poultry . Today the eatings habits gravitate toward , meat , chicken and fish that stress the digestive system and produce creatinine . Some people do not even know that they have " Kidney insufficiency " until they end up in hospital .
I am a vegetarian now , but not a vegan , I eat once a day half a cup of one of those LEGUMES : Cheek peas , beans (borlotti ) or lentils . They are equivalent or nearly equivalent from a point of view of protein to meat , chicken and fish . Usually a Risotto with vegetables and one of those legumes keeps me happy . I also eat a lot of fruit , but not bananas . Occasionally I eat a small amount of cheese or have one egg for lunch .
Once in a blue moon I will have a slice of chicken schnitzel .
I think that the future of mankind is Vegetarian , soon or later people will have to adapt by necessity . Wars , Earth disasters , Sun activity will reduce the availability of food .

For some reason I have been naturally just not wanting meat anymore, or sweets or dairy usually either. Makes my stomach turn sometimes even when I'm really hungry. I really want to cut meat and dairy out completely. I love fruits, beans and veggies so I shouldn't have any problems going from omnivore to vegetarian.

I had no clue about the creatine, I have made this choice in the hopes that I will just feel healthier, my appetite will improve, and my digestive system will improve. Great to know though, the more pros the merrier!

I am a vegetarian too since I can't cut out parmesan cheese from may pasta dish and milk from cappuccino (though I drink it rarely). I will also use an egg or two for some dishes from time to time.
I recommend drinking vegetable and fruit juice (freshly squeezed of course) 2 a day. They will give you so much energy for a whole day.
This is one of my favourite:
- raw beets ( you have to remember one thing about raw beets juice, do not drink it immediately, put it in the fridge for about 2 hours as certain toxic substances must evaporate from it first)
- apples
- fresh ginger (just a slice)