Robert Francis Kennedy Jr. is an American environmental attorney, author, and opponent of vaccination. Kennedy is a son of Robert F. Kennedy and nephew of former president John F. Kennedy. He is the president of the board of Waterkeeper Alliance, a non-profit environmental group that he helped found in 1999.

#Vaccines, for #BillGates, are a strategic philanthropy that feed his many vaccine-related businesses (including #Microsoft’s ambition to control a global vac ID enterprise) and give him dictatorial control over global health policy—the spear tip of corporate neo-imperialism.

Gates’ obsession with vaccines seems fueled by a messianic conviction that he is ordained to save the world with technology and a god-like willingness to experiment with the lives of lesser humans.

Promising to eradicate Polio with $1.2 billion, Gates took control of
India ‘s National Advisory Board (NAB) and mandated 50 polio vaccines (up from 5) to every child before age 5. Indian doctors blame the Gates campaign for a devastating vaccine-strain polio epidemic that paralyzed 496,000 children between 2000 and 2017. In 2017, the Indian Government dialed back Gates’ vaccine regimen and evicted Gates and his cronies from the NAB. Polio paralysis rates dropped precipitously. In 2017, the World Health Organization reluctantly admitted that the global polio explosion is predominantly vaccine strain, meaning it is coming from Gates’ Vaccine Program. The most frightening epidemics in Congo, the Philippines, and Afghanistan are all linked to Gates’ vaccines. By 2018, ¾ of global polio cases were from Gates’ vaccines.

In 2010, the Gates Foundation funded a trial of a GSK’s experimental malaria vaccine, killing 151 African infants and causing serious adverse effects including paralysis, seizure, and febrile convulsions to 1,048 of the 5,049 children.

In 2010, Gates committed $10 billion to the WHO promising to reduce population, in part, through new vaccines. A month later Gates told a Ted Talk that new vaccines “could reduce population”. In 2014, Kenya’s Catholic Doctors Association accused the WHO of chemically sterilizing millions of unwilling Kenyan women with a phony “tetanus” vaccine campaign.

Independent labs found the sterility formula in every vaccine tested.

After denying the charges, WHO finally admitted it had been developing the sterility vaccines for over a decade.

Similar accusations came from Tanzania, Nicaragua, Mexico and the Philippines.

A 2017 study (Morgensen et.Al.2017) showed that WHO’s popular DTP is killing more Africans than the disease it pretends to prevent. Vaccinated girls suffered 10x the death rate of unvaccinated children.

Gates and the WHO refused to recall the lethal vaccine which WHO forces upon millions of African children annually.

Global public health advocates around the world accuse Gates of – hijacking WHO’s agenda away from the projects that are proven to curb infectious diseases; clean water, hygiene, nutrition and economic development.

They say he has diverted agency resources to serve his personal fetish – that good health only comes in a syringe.

In addition to using his philanthropy to control WHO, UNICEF, GAVI and PATH, Gates funds private pharmaceutical companies that manufacture vaccines, and a massive network of pharmaceutical industry front groups that broadcast deceptive propaganda, develop fraudulent studies, conduct surveillance and psychological operations against vaccine hesitancy and use Gates’ power and money to silence dissent and coerce compliance.
In his recent nonstop Pharmaedia appearances, Gates appears gleeful that the Covid-19 crisis will give him the opportunity to force his third-world vaccine programs on American children.

_________________
What is life?
It is the flash of a firefly in the night, the breath of a buffalo in the wintertime. It is the little shadow which runs across the grass and loses itself in the sunset.
With deepest respect ~ Aloha & Mahalo, Carol


Bill Gates: "You know, is there something to worry about with medicines? That is, might some of them have side effects? Do we need safety testing?  We're taking things that are genetically modified organisms and we're injecting them in little kids arms. We just shoot them right into the veins." Brussels, Belgium on Jan. 22, 2015

One cannot force anyone to vaccinate; in Gorean Green Caste role play it is exactly the same. I vax (stabilization shots). As I already wrote in certain postings, two opposite political positions are to state (RL and SL): multiplication fetishism and breeding slavery at one side, and the "Limits to Growth" Goreans at the other. 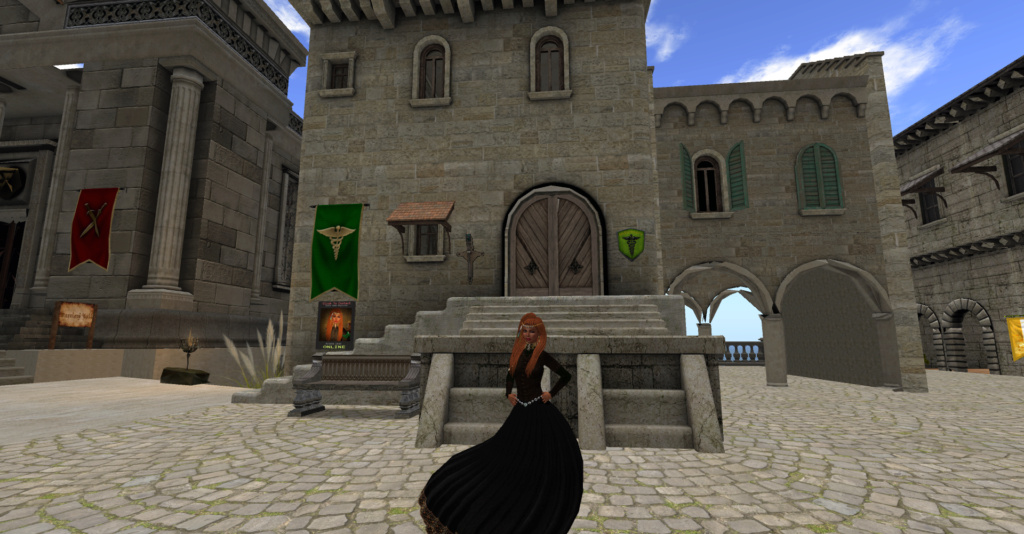 My Infirmary, to the left is the Warrior's Hall (Red Caste)
Jenetta

PART ONE: HOW DID GATES MONOPOLIZE WORLD HEALTH

I don't believe in Karma (just another control system) but if there was such a thing that bastard would never be able to pay it off. He is pure evil


Bill Gates: "You know, is there something to worry about with medicines? That is, might some of them have side effects? Do we need safety testing?  We're taking things that are genetically modified organisms and we're injecting them in little kids arms. We just shoot them right into the veins." Brussels, Belgium on Jan. 22, 2015

With Luciferase is principially nothing bad, it is an enzyme that for example triggers a certain type of tRNS, needed to inform the nucleus. Luciferase is known for its capacity of bioluminescense, and this is "biophotons". Maybe that Gates is convinced he could enlighten the dark skull cinemas of mankind by increasing the Luciferase input. We live in an almost plasma free corner of the universe, blinded by the darkness...

But I suppose that anyway a Semiase was missing, a semiotic messenger... - not known from the Ashtar Command?