https://www.youtube.com/watch?list=LL2na0DRywwQrXeodGmCt63Q&v=3fQzzFvVKU0
Remote Viewing - From CIA OP Stargate to Alien Mummies #ArkMidnight 60
Our of relative obscurity 2 remote viewers appeared on John B. Wells and Jimmy Church radio shows.  They were well spoken and good communicators.  And they had proven the accuracy of their method by revealing that the Nazca female was pregnant when she was tortured and killed.  They revealed this prior to the announcement by Gaia TV.  Even the team at Gaia were said to be impressed by their accuracy. 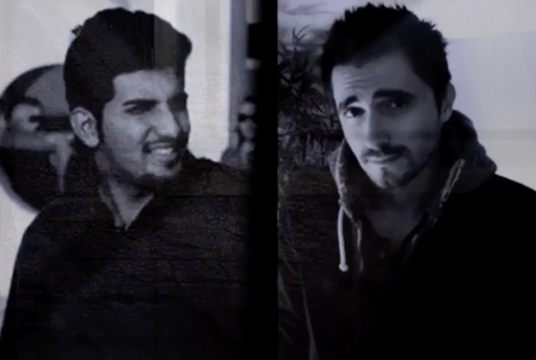 They described how it happened.  Confirmed the race of beings were from off-planet.  And that they appeared to be androids.  Or carbon based life forms with an AI component attached to the area of the Thorax. 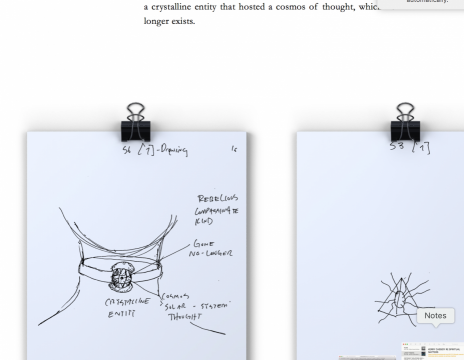 And some or all the other beings found at the same site (although carbon dated to a different time) had the same kind of robotic or android crystalline attachment.

This is very important evidence of a visiting race that may be biologically designed to carry an AI chip by another race of beings (not human).  At least one person has claimed the race are Reptilian.  I don’t know where they are getting their info from.

But regardless the two Remote Viewers from a company called Troika, created an ebook for sale about their viewing of the Nasca Aliens and then stated they planned to do a viewing in September to delve deeper into the origins and surrounding details to what happened to the being now known as Maria.

However, my search of their site and the internet has yielded no indication that these two viewers, Brett Stuart and Kahn Ali, have ever given any information about the results of their 2nd viewing online.  I am now contacting John B. Wells to see if he has heard from them.  One would think that two people with such excellent RV skills and a proven track record would have been invited back by the hosts to tell what happened in September when they went back to remote view where the beings came from as well as more details about the find.

One striking statement which was made by one of the two was that in viewing the original site it was clear that some of the beings (who had this crystalline chip) were still “operational” in other words they were not decommissioned or “dead”.

This is key and they even took he time to warn the host (in this case Jimmy Church) that the Gaiam team should be warned of this before going to the site.

According to Jay Weidner, head of development and production at GAIA.TV his team heeded the advice of the two remote viewers and decided not to visit the actual site where the alien bodies came from.   Again the potential to encounter activated ET robots seemed high and not desirable.  This is the kind of indicator that tells us there is much more related to this story than meets the eye.

I have tried various key sources to find out what happened to these guys and they seem to have disappeared, gone black maybe even gone to work for the secret space program.  This last option feels like the most likely.

The Significance of What They Knew

So it behooves us to try to understand just what these very astute remote viewers came across and why they might have been silenced and/or brought inside.  When they tapped into these breast plates or crystalline implants on both Maria and the smaller robotic skeletons they were actually tapping into:

Androids or a race of invading androids who had established a colony back thousands of years ago.
So the question is, where are they now and have they continued to co-exist with us on this planet?   And what is the meaning of Maria’s pregnancy and the RV team from Troika claiming that this child was created by relations with a human which is against their protocols?  And how does a biological/android operated being fall in love and then become pregnant?

Let’s think about this.  It’s one thing to accept an ET race that had dug into an underground base and established itself thousands of years ago.  It is another thing entirely to consider that race interacted with humans to the extent of getting pregnant.  And if this race of beings from off planet is somehow implanted with AI and being operated not using their own brain and will but rather as an android by some other race of beings you can begin to see the dilemma and questions that emerge.

We know that “Maria” is not a freak of nature but shares the same crystalline/metallic plate like implant with the other beings found at this site who by their structure and strange similarity to each other seem to be even more robotic than Maria.  And when we hear the viewers caution that some of them may still be “active”it gives one pause.  In fact, since the story, at least according to the remote viewers is that Maria was pregnant and that was her “crime”and the reason she was ‘gassed alive” as the viewers saw it, then the obvious conclusion is that this race (or the race that created them/embedded them with technology) are not friendly towards humans.

I realize we are taking a lot for granted in believing that the viewers (who have excellent track records over a 9 year period) are correct when they ascertained that Maria was found all crouched up because she was found in a center fugge  type structure where she was put to death.  But without any other information this much appears worth further investigation and certainly raises the curiosity.

Why didn’t the 2 man team report as promised on their further look into these beings and their origins back in September?  What has happened to intervene?

Bottom line, this find does not simply prove we are not alone but that we have already thousands of years ago been invaded by a race of androids that are capable of implanting biological beings in such a way that they take them over and make them into in essence androids.  And that those biological beings do not have free will or operate on their own mind and heart (assuming they have one) but instead are operated from the outside by a totally other race of beings who among other things consider consorting with humans (and getting pregnant by them, as a violation so severe it requires the penalty of death.

This is not your friendly ET (if there is such a thing).  And this is the tip of a very deep iceberg that we are only tapping the surface of.  According to one of my deep black sources, who claims he is consulting on this find, the “truth will NEVER come out.  I wonder why.

STATUS:   As of this date I have contacted Jimmy Church, Jay Weidner (Gaia TV) and John B. Wells.  I have not yet heard back from anyone on whether they have been able to reach them.

Kerry Cassidy is the CEO/ Founder of Project Camelot. Kerry is a documentary filmmaker/investigative journalist and well known radio talk show host of Project Camelot Whistleblower Radio and Project Camelot TV broadcaster with a weekly live show on Youtube. Her website Project Camelot (projectcamelot.org / projectcamelotportal.com ) is a leader in the alternative media sector, with a Youtube channel that has over 54 million viewers worldwide and over 172,000 subscribers. Kerry travels the world conducting interviews and documenting the testimony of whistleblowers with above top secret clearances as well as authors, researchers and experiencers covering conspiracies, the secret space program, black projects, ETs, kundalini and ascension and free energy. She speaks at conferences around the world and is considered one of the leaders of the disclosure movement.

http://projectcamelotportal.com
_________________
What is life?
It is the flash of a firefly in the night, the breath of a buffalo in the wintertime. It is the little shadow which runs across the grass and loses itself in the sunset.
With deepest respect ~ Aloha & Mahalo, Carol
Carol

Presentation was given Sept 20 2017 at the Ufology World Congress in Montserrat Spain. Go to----https://www.BlueAvians.com for free Cosmic Disclosure Episodes with Corey Goode
_________________
What is life?
It is the flash of a firefly in the night, the breath of a buffalo in the wintertime. It is the little shadow which runs across the grass and loses itself in the sunset.
With deepest respect ~ Aloha & Mahalo, Carol
Current date/time is Fri Jan 21, 2022 3:20 pm