The spiral formations that are appearing around the world have my attention pretty much over everything else.

The spiral formations that are appearing around the world have my attention pretty much over everything else. 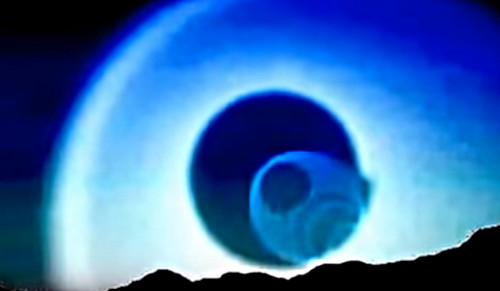 Jim Stone: The spiral formations that are appearing around the world
have my attention pretty much over everything else.
http://82.221.129.208/.zv6.html
Something BIG is going on. Either one or more nations is testing new technology, or we are being visited by a civilization that could care less about being subtle about it. Ok, so let me explain something here - These sky formations are not rocket launches, despite what the powers that be say. They are merely hoping for ignorance by saying that. These formations are happening fairly close to the ground. I don't know how close, but my guess is between 5,000 and 15,000 feet. There are two types. One type develops as a spiral that develops in concentric circles that evolve into forming a flat disc despite having a three dimensional aspect to it when it is developing. As it develops, a second section forms at a 90 degree angle to the disc. And when it is fully finished developing, it looks like this (photo at top of head):

Ok, so look at this. There are key things about this that prove it is producing it's own energy to get it's bright appearance, and that it is not a rocket launch. The main point is that it is Brighter towards the ground This means, without question, that it is not sunlight lighting this up before sunrise, because if it was, it would be brighter at the top and not the bottom. ALL night time rocket launches, and I mean all of them, get brighter as the rocket gains elevation because as the rocket gets away from the earth the sun starts to hit the plume made by the rocket, which produces a brilliant light show against the night sky. Since the sky is obviously dark in this picture, and this anomaly is bright towards the ground, it is not the sun providing the light and lighting up a rocket launch.

Secondly, the color of the light proves it is not ground lighting producing the light, only to be subsequently picked up by a sensitive camera, because ground lighting is predominantly orange in color, and the light from this anomaly is obviously very strong in the ultra violet. These anomalies are bright enough to be picked up by old flip phones and other photographic garbage, with shots like the one above coming from a good camera.

Here's a look at the Norway spiral from the other side of it, shortly before it evolved as shown in the picture above. It is obvious in this picture that this type of spiral is the source of its own light. A very similar spiral opened up over Australia also, which proves it was not a failed Russian ICBM launch unless Russia had an identically failed test over Australia too. Doubt it. 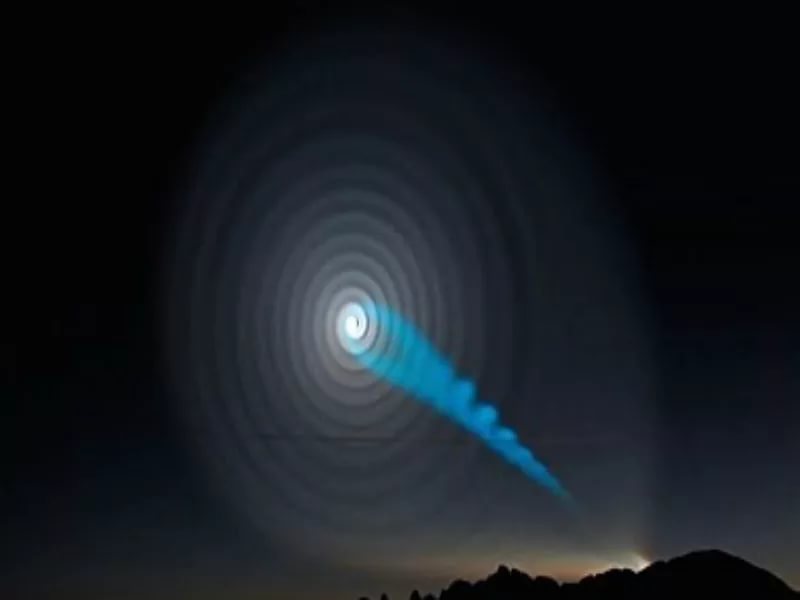 Now let's look at a different type of spiral that appeared over Russia. Identical ones appeared over China and Israel (and probably other places) In this case, this type of spiral is more obviously a portal of some sort that is letting in a large amount of light from the other side of it, and that light is what is making the portal visible. It is obvious this is being lit by something other than itself because it is emitting light from it's center, that is spreading out in a cone shape. I would expect this if this really is a portal, and wherever the other side of it is, opened up next to a star like our sun, and that light is shining through it like our daylight. That really is the only possibility with this. 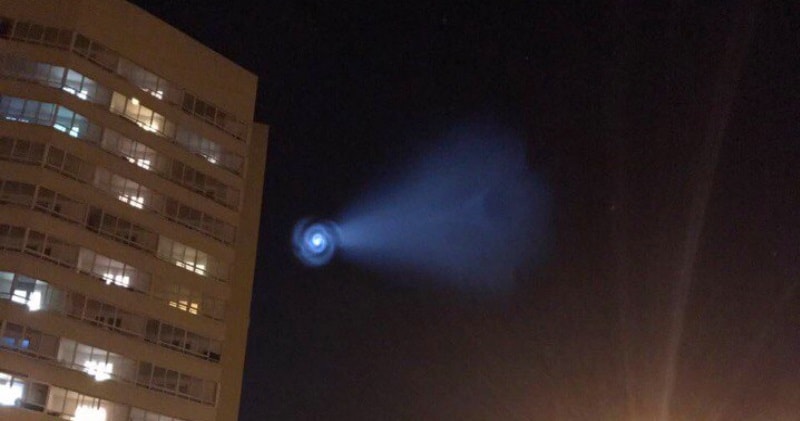 So that is really something to chew on, especially since both of these types of spirals are showing in the petroglyphs, as outlined in the Tula Giants report. Since they are recorded in ancient historic record all over the world, it is probably not us making these.
_________________
What is life?
It is the flash of a firefly in the night, the breath of a buffalo in the wintertime. It is the little shadow which runs across the grass and loses itself in the sunset.
With deepest respect ~ Aloha & Mahalo, Carol
Current date/time is Sat Jan 22, 2022 2:16 pm