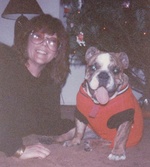 Lightning seen around erupting New Zealand’s White Island volcano
http://tvnz.co.nz/national-news/ash-white-island-eruption-falling-mainland-5015697
August 10, 2012 – NEW ZEALAND – Flashes of lightning have been reported coming from White Island as the volcano continues to erupt since Sunday. White Island, which lies 48 kilometers off the Bay of Plenty coast, was raised to a Volcanic Alert Level 2 after a surveillance camera captured a small eruption from its crater last week. Whakatane Police said they received a number of calls reporting lightning of different colours since just after 7pm. GNS visited the island, which is New Zealand’s most active cone volcano, this morning and confirmed it was still erupting with a 300 metre plume of ash spewing from the crater. GNS scientist Michael Rosenberg said volcanic lightning is quite common and is a result of ash generating static electricity. There were also reports this afternoon of ash falling on Papamoa, which is on the coast near Tauranga. “It is extremely fine, but it’s visible on cars,” said Carol Congalton. GNS scientist Brad Scott said “A relatively new vent seems to have formed at the back of the crater lake and it’s a very open vent and volcanic ash has been emitted from that.” The Aviation Colour Code remains at orange, meaning the volcano is “exhibiting heightened unrest.” The volcano’s first ash eruption since 2001 poses the highest level of risk for visitors to the island, GNS said, but it is not a threat to the mainland. GNS advises visitors to take a high level of caution, with possible health risks including ash and acid gas exposure, respiratory issues, and skin and eye sensitivity to acid gases. Scientists said the eruption could last a few days or weeks, or like the last one, which erupted for 25 years. –TVNZ
_________________
What is life?
It is the flash of a firefly in the night, the breath of a buffalo in the wintertime. It is the little shadow which runs across the grass and loses itself in the sunset.
With deepest respect ~ Aloha & Mahalo, Carol
Carol

http://www.peruthisweek.com/news-2716-Peru’s-El-Misti-Volcano-is-active-says-IGP/
Peru’s El Misti volcano shaken by swarm of 224 quakes: last major eruption occurred 540 years ago
August 28, 2012 – PERU - Peruvian geologists have revealed that recent activity at El Misti signal that the volcano is active. Last Thursday researchers at the Geophysical Institute of Peru (IGP) found that El Misti – located 17 km outside the city of Arequipa – had recently recorded the highest amount of seismic activity than in the past five years. Engineer Orlando Macedo told El Comercio that 224 earthquakes were registered at El Misti – an event known as an earthquake swarm – and which signaled that the volcano was no longer dormant. El Misti, he said, experienced 143 volcano tectonic earthquakes, which were caused by the fracture of rock inside the volcano, due to sudden changes in pressure and temperature. Despite the recent increase in activity, the IGP said there were still no conditions for an eruption to occur at El Misti, which last erupted sometime between 1450 and 1470. For an eruption to happen, Macedo said, El Misti would have to experience continued earthquakes, which “would have to occur after long-term movements of magma, and causing these earthquakes known as tremors, with lava.” –Peru this week
_________________
What is life?
It is the flash of a firefly in the night, the breath of a buffalo in the wintertime. It is the little shadow which runs across the grass and loses itself in the sunset.
With deepest respect ~ Aloha & Mahalo, Carol
Go to page :