Discovering The True Self From A Parallel World, That's Right, I'm Here And Most Of You Are Not, Now It All Makes Sense

Discovering The True Self From A Parallel World, That's Right, I'm Here And Most Of You Are Not, Now It All Makes Sense

Discovering The True Self From A Parallel World, That's Right, I'm Here And Most Of You Are Not, Now It All Makes Sense!

I walk among you, I speak of things that just make no sense. I call on a medical practitioner today to discuss human anatomy and he is totally lost for words. I read his thoughts, I'm wasting his time, I'm wasting my own time. I discovered the action I took from my higher self preventing a cardiac arrest worked. I have opened the Pandora Box with all these strange happenings. I have never spoken to any of your ascending masters that are not real.

Going to Spiritual Festivals over many years, my words have never be heard of before, people freak out. That's right, I'm from Another World. I am the True Self from a Parallel World, and that is why I will leave in my present form, and why these attempts are being made to 'stun' me, and tamper with the Unconscious Mind turning me into a vegetable. How many other STAR SEEDS have encountered the same mind-probe torture. It can only be done by incapacitating your own control by first injecting a serum and what a better way to do it with a bee sting, you lose control of everything, then they can trash you (Cardiac Arrest) just as they did with my twin flame, remember we are only binary numbers. My psychical heart is stronger than ever. I know the full score, words today right came out of my ex-wife with rage, its happened before like a channel entity in 3D about these bees not being removed, in other words through her, they want these bees to kill me, without any trace of murder! We live in hell!

I will post a link here I found some time back revealing it was time for Natalie to leave. Her mission was to awaken humanity! The dialogue comes from actress Shirley Maclaine with a energy I can loop back to the movie The Mysteries of Natalie Wood. A psychic at the Festival knew this!

As I go for a nap these words came through! To come, To think about, You Don't Even Exist. You Are Just A Thought Form. I drift into a state not known before, like a alphabet made up from children's building blocks, all warped in Time and Space, Alice in Wonderland style tumbling down! I wake up 3 hours later, not confused at all, but showing those blocks are in a sequence like a 'combination number' that releases me, and the words I have used here...  I Discovering The True Self From A Parallel World, That's Right, I'm Here And All Of You Are Not, Now It All Makes Sense!

I will be 70 later this week. I felt quiet exhausted going to the doctor to check on my ticker, but it had to be done. I had walked a few hours and I know my heart ticks with in pulse sequence with my alarm clock, that's 60. My test was 114/73/88. The pulse rate was higher, I was exerting energy. "You're perfectly healthy, so why are you here then?", the doctor said. "You seem to have everything under control!"

So it just shows you, on the outer surface in appearance, I am normal. And those attacks were inter-dimensional as your Matrix Masters Over-Lords trying to block me from creating collateral damage which I plan to execute immediately as Horus without ego I have not. This computer simulation has to end! You will wake up from this nightmare discovering it all just a dream. As for evil-doers, they will return back as cavemen to start again.
Dream Weaver

Re: Discovering The True Self From A Parallel World, That's Right, I'm Here And Most Of You Are Not, Now It All Makes Sense 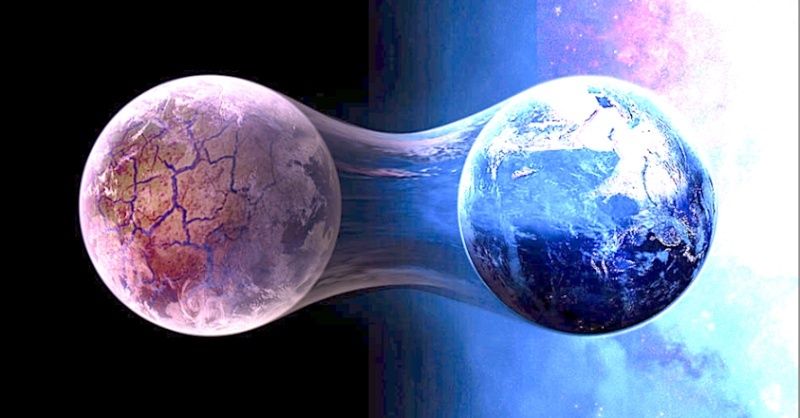 The EVA GREENE = EVER GREEN connection to BRIAN GREENE and from the message I posted two weeks ago showing me a mirror world with the movie codes to TIMELINE and KINGDOM OF HEAVEN and THE DREAMERS, it has to be Brian Greene String Theory. As he states "Increasingly cosmologists agree with Greene on the fact that we are part of a universe of many and that at least one of these other worlds would be close to ours - and even maybe just few millimeters distance. We are unable to see it because it exists in a different type of space of four dimensions of our daily reality".

I have to contend living with 3D crazies all around me each day. How do try to tell people how its all insane? A dream today showing a 'wake-up call' and 'marching orders' to pack up and leave! I was being evicted from this reality. Just sharing what I post now has your Jew Matrix Masters worried! Since a child aged 13 I can remember sitting in a Barbers Chair with a mirror behind me and one opposite it, and drawn into that energy because I knew it!

Is there another you reading this article at this exact moment in a parallel universe? Dr. Brian Greene, author of The Hidden Reality: Parallel Universes and the Deep Laws of the Cosmos, believes that this freakish quirk of nature may exist; and he discusses its amazing possibilities in this 3-minute TV interview. A growing number of cosmologists agree with Greene that we are but one of many universes and at least one of these other worlds lies close to ours, maybe only a millimeter away. We can’t see this world, because it exists in a type of space different from the four dimensions of our everyday reality.
http://www.wakingtimes.com/2014/01/02/parallel-worlds-exist-will-soon-testable-expert-says/

http://www.researchingaliensandufos.com/2016/02/the-parallel-worlds-exist-and-it-will.html
Reality Shifts: What Happens to Those Who Slip Between the Cracks of Time and Space?

We invent our own reality through our own perceptions and others’, and by accepting what appears to be real as real. History is filled with stories of people who, in “slipping between the cracks” of their own consciousness.

This part gels with we me connecting to Australian aborigines when I went to the Body-Mind-Spirit Festival and when that was done, I felt my mission was complete. It fact the exhibit was about WEAVING and René Bahloo with her daughter, I learn later, René (born again) had twin daughters! http://weavery.com.au/ Every energy I encountered at this festival was in favor of twins = twin-flames!


Let’s not forget the Australian aborigines. Theirs is the oldest continually existing culture on Earth (around for at least 50,000 years), and they maintain an understanding of time and space – of reality – that deserves our attention.

What they call “dreaming” has little to do with sleep or dreams which occur during sleep. Dreaming for them is actually more akin to a type of “flow” where one becomes whatever is focused on and suddenly knows whatever needs to be known at the moment. Aborigines sometimes use drugs to achieve this state but, more often than not, drumming, chanting, rhythmic movements, and certain other sounds and rituals suffice. In this state of consciousness participants seem to “merge with” or “enter into” soil, rocks, animals, sky, or whatever else they focus on – including the “Inbetween” (what appears to exist between time and space, as if through a crack in creation).

These people believe reality consists of two space/time continua, not one – that which can be experienced during wake time and that during dream time, with dream time slightly ahead of its counterpart, yet capable of merging into all time, of what Pulitzer Prize-winning poet Gary Snyder calls “everywhen.”

To Australian aborigines, wake time is where learning is acted out and utilised, but dream time is where learning is first acquired. For them, dream time is the place where all possibilities and all memory reside. Stories are told of aborigines who physically appear and disappear as they slip back and forth from one continuum to the other, from the here and now to the alternate universes they believe exist and the every, when they know awaits them. Wise ones, be they monks or shamans or healers or mystics, are like this. They know life extends beyond the boundaries of perception. Yet perception itself can be flawed.
http://www.wakingtimes.com/2013/02/05/reality-shifts-what-happens-to-those-who-slip-between-the-cracks-of-time-and-space/

That dream about a mirror universe was attached to another dream where I went on a 'walkabout'. As a 13-15 year old I used to go bush! Walkabout historically refers to a rite of passage during which Indigenous male Australians would undergo a journey during adolescence, typically ages 10 to 16, and live in the wilderness for a period as long as six months to make the spiritual and traditional transition into manhood. It comes back to the INNER-SENSE and the RETURN to INNOCENCE (Enigma) where I will LIVE FREE without a stitch in nature and religion which can go and IF-ITS-SELF because I am a abba-original and ABBA means FATHER! It was Yahweh-Jehovah who taught humans to be ashamed of our bodies, am I right? 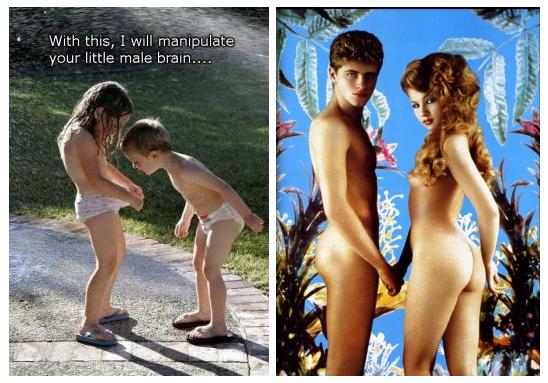 Re: Discovering The True Self From A Parallel World, That's Right, I'm Here And Most Of You Are Not, Now It All Makes Sense