Large volcanic eruptions would have devastating impact on planet

Large volcanic eruptions would have devastating impact on planet 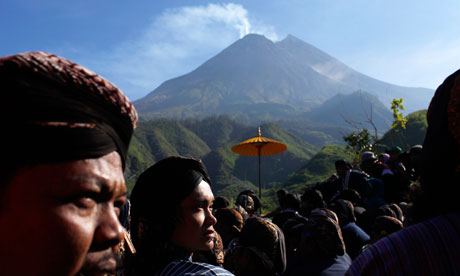 Mount Merapi
http://www.guardian.co.uk/news/2012/nov/04/weatherwatch-volcano-ash-famine
Large volcanic eruptions would have devastating impact on planet
November 5, 2012 – EARTH – A drop in crop yields in the UK and many other grain producing countries, as a result of extreme weather, has increased prices worldwide, and may cause serious hardship. But these consequences would be dwarfed by the catastrophe that a volcano could unleash on a heavily populated planet. Evidence unearthed in London’s Spitalfields of mass graves, dated to 1258, shows that between 20 and 40 bodies were buried at once in a series of pits in the cemetery. There were both sexes, with adults and children together. They are believed to be famine victims because they had no battle injuries and it was a century before the Black Death. The same year the monk Matthew Paris of St Albans recorded “unendurable cold” in the winter that suspended all cultivation and killed calves. In June spring had still not arrived and wheat was so scarce that “a very large number of poor people died.” Contemporary chroniclers in other continents also record appalling weather and mass starvation. Geologists have found that over both hemispheres, as far south as Antarctica, there is a thick layer of volcanic ash from the same period. The sheer quantity of aerosols projected into the atmosphere would have blotted out the sun and wiped out crops. The volcano responsible for this devastation and mass starvation is not known, but 850 years is a short gap in geological time. Somewhere this monster is dormant and could erupt again.
_________________
What is life?
It is the flash of a firefly in the night, the breath of a buffalo in the wintertime. It is the little shadow which runs across the grass and loses itself in the sunset.
With deepest respect ~ Aloha & Mahalo, Carol
Carol

Re: Large volcanic eruptions would have devastating impact on planet 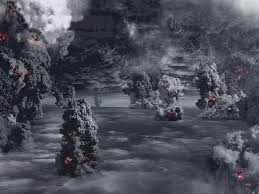 http://www.livescience.com/24547-toba-volcano-ice-cores.html
http://www.ouramazingplanet.com/1436-volcanoes-biggest-history.html
Ancient supervolcano affected the ends of the Earth
November 5, 2012 – INDONESIA - About 74,000 years ago, the Toba volcano on the Indonesian island of Sumatra erupted with catastrophic force. Estimated to be 5,000 times larger than the 1980 eruption of Mount St. Helens, it is believed to be the largest volcanic event on Earth in the last 2 million years. Toba spewed enough lava to build two Mount Everests, it produced huge clouds of ash that blocked sunlight for years, and it the left behind a crater 31 miles (50 kilometers) across. The volcano even sent enough sulphuric acid into the atmosphere to create acid rain downpours in the Earth’s polar regions, which researchers have found evidence of in deep ice cores. “We have now traced this acid rain in the ice caps on Greenland and Antarctica,” glaciologist Anders Svensson, of the Niels Bohr Institute at the University of Copenhagen, said in a statement. “We have long had an idea of at what depth the Toba eruption could be found in the Greenland ice cap, but we found no ash, so we could not be sure,” Svensson added. “But now we have found the same series of acid layers from Toba in the Greenland ice sheet and in the ice cap in Antarctica. We have counted the annual layers between acid peaks in ice cores from the two ice caps and it fits together.” The ice cores could offer more evidence about how the changed Earth’s climate was drastically changed in the years after the colossal eruption. Researchers had previously estimated that such an event would have prompted a cooling of up to 10 degrees C (18 degrees F) in the global temperature for decades, but the ice cores show the cooling was probably short and not consistent across the globe. “In the temperature curves from the ice cores we can see that there is no general global cooling as a result of the eruption,” Svensson said. “There is certainly a cooling and large fluctuations in temperature in the Northern Hemisphere, but it becomes warmer in the Southern Hemisphere, so the global cooling has been short.” The new evidence also promises to settle some archaeological debates. The Toba eruption occurred at a critical point in early human history when Homo sapiens were first venturing out of Africa into Asia. However, there is wide disagreement about how early human were affected and whether large parts of the population were wiped out by the blast. Layers of ash from the Toba eruption have been found in Asia and serve as a very important reference horizon for ancient archaeological clues from this period that are too old to be carbon dated. The ice cores now provide another backdrop against which to place ancient finds. “The new precise location of the Toba eruption in the ice cores will place the archaeological finds in a climatic context, which will help to shed light on this critical period of human history,” Svensson said. –Live Science
_________________
What is life?
It is the flash of a firefly in the night, the breath of a buffalo in the wintertime. It is the little shadow which runs across the grass and loses itself in the sunset.
With deepest respect ~ Aloha & Mahalo, Carol
Carol

Re: Large volcanic eruptions would have devastating impact on planet

Countdown:
Countdown: History's Most Destructive Volcanoes
http://www.livescience.com/16679-most-destructive-volcanoes.html
_________________
What is life?
It is the flash of a firefly in the night, the breath of a buffalo in the wintertime. It is the little shadow which runs across the grass and loses itself in the sunset.
With deepest respect ~ Aloha & Mahalo, Carol
Current date/time is Sat May 30, 2020 1:00 am