I need a little help here. This make me think a Pleadian is trying to come through to this chap. Waiting to see what he says about the fear factor, as to if it was artificially induced or just a shock to his system...

What are y'alls thoughts on this? Can you see a specific race here? Or what about the overt nature of the contact?

any ideas in regards to intent?

Before I begin on this account I'd like to inform readers into my confusion, my mother has schizophrenia bipolar mania 2- and has had religious pre-occupations, as well as auditory and visual hallucinations at one point or another.

She is getting over her illness day by day. What makes me question my sanity is my understanding of punnet square gene trait distribution. Where as I am her son, does that mean I may go into states of frenzy/ paranoia?

Now, I am spiritual, but not religious and I had grown up with an active imagination and my father maybe let me watch one to many horror movies. So if I seem skeptical of myself that is my reasoning why. The account that took place was not drug induced, in fact I was completely sober (wasn't on drugs for years). This said I will begin my paranormal encounter so to speak.

Okay, so I was living with a friend a few years ago. It was about 2 in the morning, I was fixing myself a sandwich just going about my usual routine. When suddenly a strange sensation came over me, like the air in the room got thicker.

I felt a sense of losing touch with myself, and my head started moving by its self in one direction(to the right of the living room in vision). Now I perceive myself as a pretty level headed individual. In tune with my somatic nature to a fault. But right then I felt like I had no control.

I sensed a presence. At first I didn't see anything and it was all very quiet upon retrospect. Everyone in the house was sleeping and my friend I was living with at the time was out with friends for the night...

So this came as a surprise to me as I became hyper-vigilant all of a sudden. That fight or flight emotion kicked in. And the contrast of light and darkness in my vision became acutely increased.

8 feet maybe 9 even, it would of stood at 9- But it slouched slightly.
Grayish skin, that had a been really taught around its narrow bodied frame. Impossibly skinny.
Its skin had a sheen to it, reflective almost. And though it had the shape of a head;
upon its torso sat an almost featureless cranium. It was not clothed, so I could see it was not anatomically correct.
It appeared androgynous before me. Slender like a female, (though much much much Skinner than a healthy female)
But its shoulders and posture had an energy so to speak more like a male, in that I felt intimidated and almost threatened-

So my head began to follow this being, which I thought was sentient. I felt it was sentient because of how it turned its "head" at me.
Where eyes were supposed to be there was only a film of skin silvery grey like the rest of its body.
It had been staring deeply. Rhetorically- almost inquiring and expectant of me.

It moved its limbs slowly with arrogance so wistfully. To sum it up. Etheric.

My vision focused upon it contently for a moment, and it vanished as silently as it entered.

Passing by maybe. I thought... Faded, vanished, disappeared, in much the same way a bubble just pops and it is no more; or smoke when it clears in a room.

Then the reality of the situation hit me.

And All I felt was horror, as I dropped my sandwich, horror, as I quickly walked past the living room, into the stare-well, horror, into the basement where I usually slept, underneath my blanket as I passed out, with feelings of pure dread. Dread for not being able to understand what I had just seen.

I had seen something someone, a being possibly, that I could not communicate fully with words.

It has taken me years of mulling over- to find the way to bring it up...
The place to come out about it. The right place.

The word alien is described as: An outsider of sorts ( Like a germ, a parasite, an invader, something unfamiliar and something to be afraid of. )

I don't know if this was a spirit, and alien, shadow people, or even as some sources explain demons, angles, or inter-dimensiona beings.
All I know is that I had seen it. Was it real? I don't know. Was it good or bad, who can tell.

Please let me know I am not alone in my description of such a thing.

Please tell me if you had to dwell at the sight of this threshold.

It's a pretty accurate descroption from other abductees that I personally have known over the years along with the feeling of dread (fight or flight feelings kick in). Even a long time well known abductee (sleeper) spoke of the fear factor that kicks in just before they make an appearance. 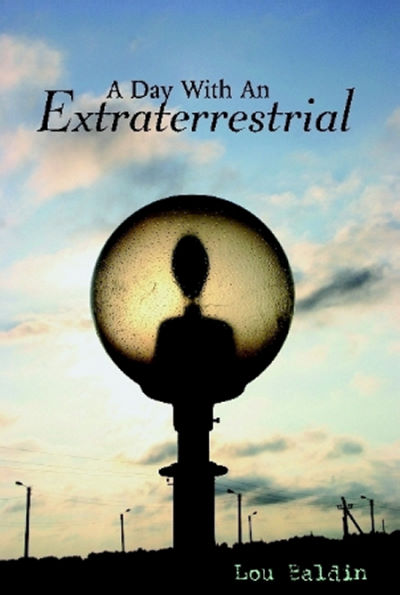 https://www.youtube.com/watch?v=Tv1hilvVsfs
_________________
What is life?
It is the flash of a firefly in the night, the breath of a buffalo in the wintertime. It is the little shadow which runs across the grass and loses itself in the sunset.
With deepest respect ~ Aloha & Mahalo, Carol
magamud

But I have a baptism to undergo, and how distressed I am until it is completed!

Yes, Carol, I was having similar thoughts; I quizzed him about the fear, and it's origins.

Seems it maybe was more animal of the shock, than artificially induced.

Just curious if you had any idea of the race of being. I'm not thinking abduction, more like a communique'...

We tend to be afraid of what we are not familiar with as a survival mode reaction.
Much as with animals that state of fear does'nt help smooth communication and understanding.
I think the shock came mainly from suddenly switching reality and loosing for a
while what that person's mind was familiar to perceive.

I've heard reports that this feeling of shock (fear) tends to exist with the insectoid aliens. Some of these beings exist in the 4th dimension and can phase into the 3rd dimension. The phasing in and out is what unsettles folks along with the non-human looking appearance.
_________________
What is life?
It is the flash of a firefly in the night, the breath of a buffalo in the wintertime. It is the little shadow which runs across the grass and loses itself in the sunset.
With deepest respect ~ Aloha & Mahalo, Carol
Current date/time is Sun Jun 20, 2021 7:22 pm