Evidence that Gravity Waves cause earthquakes.

Evidence that Gravity Waves cause earthquakes. 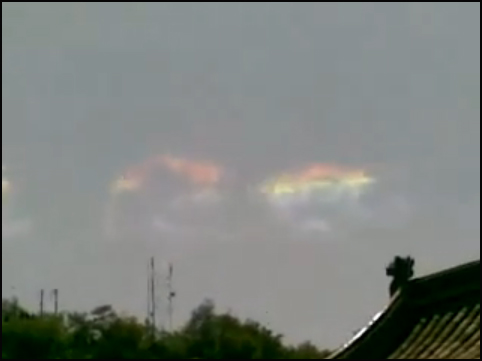 Evidence that Gravity Waves cause earthquakes.
http://www.viewzone.com/gravitywavesx.html
Earthquakes from space? The idea started with one of the most powerful earthquakes that was ever recorded -- the magnitude 9.3 earthquake that occurred in the Indian Ocean off the coast of Sumatra in Malaysia on December 26th, 2004. It caused a powerful tsunami which devastated coastal regions of many countries leaving over 240,000 people either dead or missing. It was the worst tsunami to affect this area since the 1883 explosion of Krakatao. The earthquake that produced it was so strong that it exceeded by a factor of 10 the next most powerful earthquake to occur anywhere in the past 25 years.

Just 44.6 hours later, scientists were shocked to see that gamma ray telescopes orbiting the Earth picked up the arrival of the brightest gamma ray burst ever recorded! The Gamma ray burst (or GRB) arrived from deep space on December 27, 2004 at 21 hours 36 minutes (Universal Time) and was 100 times more intense than any burst that had been previously recorded. It equaled the brightness of the full Moon but radiated most of its energy at gamma ray wavelengths. The blast temporarily changed the shape the Earth's ionosphere, distorting the transmission of long-wavelength radio signals.

Strange lights in the sky have been reported for many years in regions where earthquakes follow by a few hours. Until now the link between these lights and the earthquakes has been a mystery. Now scientists may have a clue about what is producing both phenomenon. The following theory suggests that some of these powerful earth moving events may have their origin in space, while others may be man made. However in both circumstances, the strange lights may serve as an efficient warning of underground stress and impending danger.

Collapsing stars release massive amounts of energy that travel outward in the form of powerful gamma rays, called gamma ray bursts. These huge explosions last only minutes but can be detected from orbiting satellites. These violent explosion also causes a ripple in the very fabric of space-time -- like a stone thrown in a pond -- and travel outward as a gravity wave. Both the gamma rays and gravity wave propagate outward at different speeds, often reaching the earth at different times.

So What is a Gravitational Wave?

Most scientists describe gravitational waves as "ripples in space-time." Just like a boat sailing through the ocean produces waves in the water, moving masses like stars or black holes produce gravitational waves in the fabric of space-time. A more massive moving object will produce more powerful waves, and objects that move very quickly will produce more waves over a certain time period.

Where Do Gravitational Waves Come From?

Gravitational waves are usually produced in an interaction between two or more compact masses. Such interactions include the binary orbit of two black holes, a merge of two galaxies, or two neutron stars orbiting each other. As the black holes, stars, or galaxies orbit each other, they send out waves of "gravitational radiation" that reach the Earth. However, once the waves do get to the Earth, they are extremely weak. This is because gravitational waves, like water waves, decrease in strength as they move away from the source. Even though they are weak, the waves can travel unobstructed within the 'fabric' of space-time. This how they are able to reach the Earth and provide us with information that light cannot give.

Gravitational waves have two important and unique properties. First, there is no need for any type of matter to be present nearby in order for the waves to be generated by a binary system of uncharged black holes, which would emit no electromagnetic radiation. Second, gravitational waves can pass through any intervening matter without being scattered. Whereas light from distant stars may be blocked out by interstellar dust, for example, gravitational waves will pass through unimpeded. These two features allow gravitational waves to carry information about astronomical phenomena never before observed by humans.

Read more at link http://www.viewzone.com/gravitywavesx.html
_________________
What is life?
It is the flash of a firefly in the night, the breath of a buffalo in the wintertime. It is the little shadow which runs across the grass and loses itself in the sunset.
With deepest respect ~ Aloha & Mahalo, Carol
Carol

Re: Evidence that Gravity Waves cause earthquakes.

This is for you Floyd.

STRONG SOLAR ACTIVITY CAN TRIGGER LARGE EARTHQUAKES
By Stephen A. Reynolds. Analysis of data from GOES and HAARP magnetometers suggests that a positive statistical correlation exists between strong solar activity and the triggering of high-magnitude earthquakes.

http://www.nexusmagazine.com/index.php?page=shop.product_details&flypage=flypage.tpl&product_id=2185&category_id=231&option=com_virtuemart&Itemid=44
_________________
What is life?
It is the flash of a firefly in the night, the breath of a buffalo in the wintertime. It is the little shadow which runs across the grass and loses itself in the sunset.
With deepest respect ~ Aloha & Mahalo, Carol
Eartheart

alloha hey mahalo Carla, here i need to write you of a sequence from that 2004 Tzu-nnami,
which was more a tragic fatality of those weather-researchers than the suggested result of
intergalactic pulseripples or gravotunneled psycho/biomagnetic bowshoxs from this one...

I was near Montreal @this moments, after dreaming the rainbowbridge from Argentine to Alaska,
spending good sweatlodge with the elders there on the sevens prophecy of our wampoons,
when at nighttime we awoke silently in a twofloor blockhouse to the helpcry's of Mother Earth,
she showing us the submarines, big holomultiscreen in the aura of underwater goosh...
Frogmans with the turboglider outside of the skip and big containerlike heavy falling/sinking machinery
is released under those submarine in view... (We responded with help... all there sleeping aknowledged
next morning the details and the strange flavors. We didnt know yet of the news. But our awareness
sensed like a remote attack. I can only condence the whole as freqpulse installations remotely activated
in the deep trenches of platerifts there. And the seismic data showed later blatantly artifical signatures, same like in Fukushima EQ and DaRPA mesh plans for 2013 on weatherplaning research.
Remember the Georgy scrup was caught in the collective mind and eaten up like popcorn (probably
with monsato effects) and it helped them very much to divert the focus and start the scripted reality.
Even the latest Toltec upgrades over undersea bases cleared by greater whole or the allegded starwars
of NWOmarines there lately have the same mischivous vibes, but atlantian and antarctic sourced comm.

Wherby the above researcher S.P.Reynolds is interesting, like those Abstracts of him show:

We investigate a class of pulsar wind nebulae that show synchrotron emission from a thick toroidal structure. The best studied such object is the small radio and X-ray nebula around the Vela pulsar, which can be interpreted as the result of interaction of a mildly supersonic inward flow with the recent pulsar wind. Such a flow near the center of a supernova remnant can be produced in a transient phase when the reverse shock reaches the center of the remnant. Other nebulae with a thick toroidal structure are G106.6+2.9 and G76.9+1.0. Their structure contrasts with young pulsar nebulae like the Crab Nebula and 3C 38, which show a more chaotic, filamentary structure in the synchrotron emission. In both situations, a torus-jet structure is present where the pulsar wind passes through a termination shock, indicating the flow is initially toroidal. We suggest that the difference is due to the Rayleigh-Taylor instability that operates when the outer boundary of the nebula is accelerating into freely expanding supernova ejecta. The instability gives rise to mixing in the Crab and related objects, but is not present in the nebulae with thick toroidal regions.

We review the observations of supernova remnants (SNRs) and pulsar-wind nebulae (PWNe) that give information on the strength and orientation of magnetic fields. Radio polarimetry gives the degree of order of magnetic fields, and the orientation of the ordered component. Many young shell supernova remnants show evidence for synchrotron X-ray emission. The spatial analysis of this emission suggests that magnetic fields are amplified by one to two orders of magnitude in strong shocks. Detection of several remnants in TeV gamma rays implies a lower limit on the magnetic-field strength (or a measurement, if the emission process is inverse-Compton upscattering of cosmic microwave background photons). Upper limits to GeV emission similarly provide lower limits on magnetic-field strengths. In the historical shell remnants, lower limits on B range from 25 to 1000 microGauss. Two remnants show variability of synchrotron X-ray emission with a timescale of years. If this timescale is the electron-acceleration or radiative loss timescale, magnetic fields of order 1 mG are also implied. In pulsar-wind nebulae, equipartition arguments and dynamical modeling can be used to infer magnetic-field strengths anywhere from about 5 microGauss to 1 mG. Polarized fractions are considerably higher than in SNRs, ranging to 50 or 60% in some cases; magnetic-field geometries often suggest a toroidal structure around the pulsar, but this is not universal. Viewing-angle effects undoubtedly play a role. MHD models of radio emission in shell SNRs show that different orientations of upstream magnetic field, and different assumptions about electron acceleration, predict different radio morphology. In the remnant of SN 1006, such comparisons imply a magnetic-field orientation connecting the bright limbs, with a non-negligible gradient of its strength across the remnant.

i like the virtuell astral geo torroid accelerated spindel sucking the gravoself of love,
upstream scalar hi-fi toning of 1 mG - we will be blown supratropic messy... radionucleous crew
Carol

Re: Evidence that Gravity Waves cause earthquakes.

The song is lovely. Thank you Eartheart.
Perhaps it's time to make brownies with a little additive to pass out to all governmental representatives and military leaders. 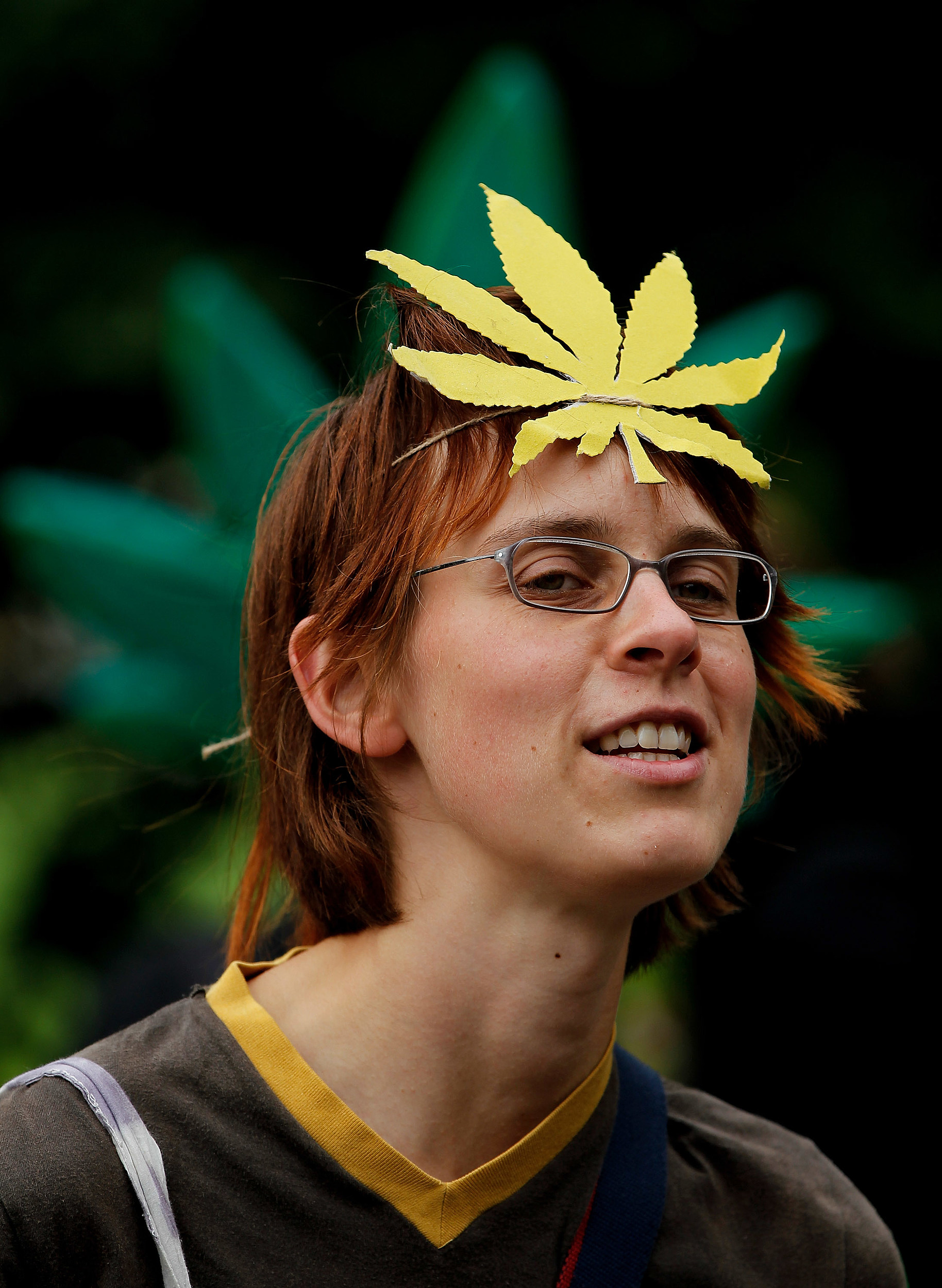 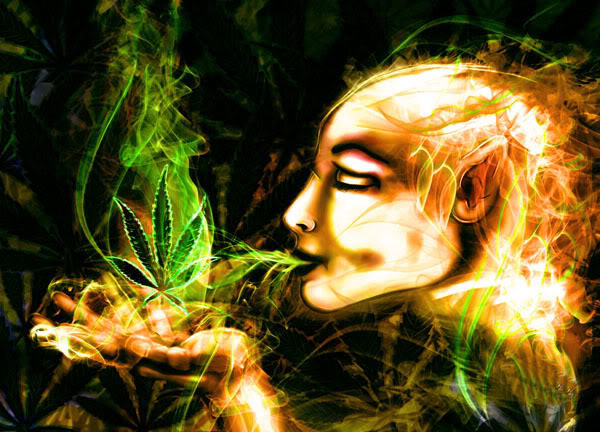