Check this out! http://www.examiner.com/exopolitics-in-seattle/mars-visitors-basiago-and-stillings-confirm-barack-obama-traveled-to-mars Just when I want to stop thinking about this sort of thing, I get confronted with something that blows me away! I just got a call from a 703 area code. I didn't answer, and they didn't leave a message. Hmmmmmmmm. Has anyone counted the number of times the President has visited Northern California? Hmmmmmmmm. Cities under Mt. Shasta? Hmmmmmmmm. Welcome to the Hotel California? You can teleport -- but can you ever leave? Hmmmmmmmmm. I really do need to stop...

Two former participants in the CIA’s Mars visitation program of the early 1980’s have confirmed that U.S. President Barack H. Obama was enrolled in their Mars training class in 1980 and was among the young Americans from the program who they later encountered on the Martian surface after reaching Mars via “jump room.” Andrew D. Basiago, 50, a lawyer in Washington State who served in DARPA’s time travel program Project Pegasus in the 1970’s, and fellow chrononaut William B. Stillings, 44, who was tapped by the Mars program for his technical genius, have publicly confirmed that Obama was enrolled in their Mars training class in 1980 and that each later encountered Obama during visits to rudimentary U.S. facilities on Mars that took place from 1981 to 1983. Their astonishing revelations provide a new dimension to the controversy surrounding President Obama’s background and pose the possibility that it is an elaborate ruse to conceal Obama’s participation as a young man in the U.S. secret space program.
According to Mr. Basiago and Mr. Stillings, in Summer 1980 they attended a three-week factual seminar about Mars to prepare them for trips that were then later taken to Mars via teleportation. The course was taught by remote viewing pioneer Major Ed Dames, who was then serving as a scientific and technical intelligence officer for the U.S. Army. It was held at The College of the Siskiyous, a small college near Mt. Shasta in California.

They state that ten teenagers were enrolled in the Mars training program. In addition to Basiago and Stillings, two of the eight other teenagers in Major Dames’ class that they can identify today were Barack Obama, who was then using the name “Barry Soetoro,” and Regina Dugan, who Mr. Obama appointed the 19th director and first female director of the Defense Advanced Research Projects Agency (DARPA) in 2009. As many as seven parents of the ten students, all with ties to the CIA, audited the class. They included Raymond F. Basiago, an engineer for The Ralph M. Parsons Company who was the chief technical liaison between Parsons and the CIA on Tesla-based teleportation; Thomas Stillings, an operations analyst for the Lockheed Corporation who had served with the Office of Naval Intelligence; and Mr. Obama’s mother, Stanley Ann Dunham, who carried out assignments for the CIA in Kenya and Indonesia. From 1981 to 1983, the young attendees then went on to teleport to Mars via a “jump room” located in a building occupied by Hughes Aircraft at 999 N. Sepulveda Boulevard in El Segundo, California, adjacent to the Los Angeles International Airport (LAX).

Mr. Basiago and Mr. Stillings have each issued public statements confirming that they both attended Mars training with Mr. Obama and later encountered him on Mars during separate visits. On August 21, 2011, Mr. Basiago stated: "Something highly significant has happened, and that is that two individuals from the same Mars training class in 1980 (Basiago and Stillings) have met and are comparing experiences and are able to corroborate not only that they were on the surface of Mars together but that before reaching Mars via jump room they were trained with a group of teenagers that included the current President of the United States (Obama) and director of DARPA (Dugan)." Mr. Stillings’ statement, released at the same time, read: "I can confirm that Andrew D. Basiago and Barack Obama (then using the name "Barry Soetoro") were in my Mars training course in Summer 1980 and that during the time period 1981 to 1983, I encountered Andy, Courtney M. Hunt of the CIA, and other Americans on the surface of Mars after reaching Mars via the "jump room" in El Segundo, California.”

In a statement made Sept 20, 2011, Mr. Basiago confirmed Mr. Obama’s co-participation in the 1980 Mars training class, stating: “Barry Soetoro, a student at Occidental College, was in my Mars training class under Major Ed Dames at The College of the Siskiyous in Weed, California in 1980. That fact has been corroborated by one of my other classmates, Brett Stillings. Two years later, when he was taller, thinner, more mature, a better listener, using the name ‘Barack Obama,’ and attending a different college, Columbia University, we crossed paths again in Los Angeles and I didn't recognize him as the person that I had been trained with in the Mars program and encountered on the surface of Mars. In fact, doing so would have been virtually impossible in any case, because measures had been taken to block our later memories of Mars shortly after we completed our training in 1980.”

Mr. Basiago states that during one of his trips to Mars via “jump room” that took place from 1981 to 1983, he was sitting on a wall beneath an arching roof that covered one of the “jump room” facilities as he watched Mr. Obama walk back to the jump room from across the Martian terrain. When Mr. Obama walked past him and Mr. Basiago acknowledged him, Mr. Obama stated, with some sense of fatalism: “Now we’re here!” Mr. Stillings states that during one of his visits to Mars, he walked out of the “jump room” facility and encountered Mr. Obama standing beside the facility by himself staring vacantly into a ravine located adjacent to the facility. Mr. Basiago thinks that it is virtually certain that Ms. Dugan also went to Mars, because he once encountered her at the building in El Segundo where the “jump room” to Mars was located as he was entering the building to jump to Mars and she was exiting it. “I know you!” she said, greeting him as she passed him in the lobby of the building.

Basiago, Obama, Stillings, and Dugan went to Mars at a time when the U.S. presence on Mars was only just beginning but many had already gone. Mr. Basiago states that in the early 1980’s, when they went, the U.S. facilities on Mars were rudimentary and resembled the construction phase of a rural mining project. While there was some infrastructure supporting the jump rooms on Mars, there were no base-like buildings like the U.S. base on Mars first revealed publicly by Command Sgt. Major Robert Dean at the European Exopolitics Summit in Barcelona, Spain in 2009. The primitive conditions that they encountered on Mars might explain the high level of danger involved. Mr. Basiago and Mr. Stillings agree that Major Dames stated during their training class at The College of the Siskiyous in 1980: “Of the 97,000 individuals that we have thus far sent to Mars, only 7,000 have survived there after five years.” In light of these risks, prior to going to Mars, Mr. Basiago received additional training from Mr. Hunt. Hunt, a career CIA officer, showed Mr. Basiago how to operate the respiration device that he would wear only during his first jump to Mars in July 1981, provided him with a weapon to protect himself on Mars, and took him to the Lockheed facility in Burbank, California for training in avoiding predators on the Martian surface. When they then first teleported to Mars in Summer 1981, the young Mars visitors confronted the situation that Major Dames had covered at length during the class the previous summer – that one of their principal concerns on Mars would be to avoid being devoured by one of the predator species on the Martian surface, some of which they would be able to evade, and some of which were impossible to evade if encountered. The Mars program was launched, Basiago and Stillings were told, to establish a defense regime protecting the Earth from threats from space and, by sending civilians, to establish a legal basis for the U.S. to assert a claim of territorial sovereignty over Mars. In furtherance of these goals and the expectation that human beings from Earth would begin visiting Mars in greater numbers, their mission was to acclimate Martian humanoids and animals to their presence or, as Major Dames stated during their training near Mt. Shasta in 1980: “Simply put, your task is to be seen and not eaten.”

It is not known whether NASA-JPL, which is located in Pasadena, California, had a hand in selecting the young people for their dangerous interplanetary mission to Mars, but it is conspicuous that all four had Pasadena, California connections. Mr. Basiago was the son of an engineer for The Ralph M. Parsons Company, which is headquartered in Pasadena. Mr. Stillings was residing in La Canada, California, which is a suburb of Pasadena. Mr. Obama had just completed a year of undergraduate studies at Occidental College in Eagle Rock, California, near Pasadena. Ms. Dugan was attending the California Institute of Technology, which is located in Pasadena. The firsthand, eyewitness testimony of Mr. Basiago and Mr. Stillings as to the existence of a secret U.S. presence on Mars that is made possible by a revolutionary “jump room” technology that has been concealed from the public is congruent with similar accounts given by three other Mars whistle blowers:

(1) Former U.S. serviceman Michael Relfe, who spent 20 years as a member of the permanent security staff of a U.S. facility on Mars;
(2) Former Department of Defense (DoD) scientist Arthur Neumann, who has testified publicly that he teleported to a U.S. facility on Mars for DoD project meetings; and
(3) Laura Magdalene Eisenhower, great-granddaughter of U.S. President Dwight D. Eisenhower, who in 2007 refused a covert attempt to recruit her into what was described to her as a secret U.S. colony on Mars.

Mars researchers, including physicist David Wilcock, estimate that as a result of the “jump room” technology that Relfe, Basiago, Neumann, and Stillings have described, the U.S. colony on Mars that Eisenhower was invited to join might number 500,000 individuals. Public revelation of Mr. Obama’s secret Mars connection will continue with a special broadcast on talk radio’s Coast to Coast AM this Thursday, November 10, 2011 from Midnight to 2 AM PST. http://www.coasttocoastam.com/show/2011/11/10 Mars visitors Andrew D. Basiago and William B. Stillings will be appearing with Mars whistle blower Laura M. Eisenhower in an historic broadcast. This will be the first time that a mainstream media program will interview two Mars visitors on the same show and in a joint appearance with an individual invited to join the secret U.S. colony on the Red Planet. With multiple whistle blowers coming forward and corroborating each others’ testimony, it now seems inevitable that both the cover-up of the U.S. presence on Mars and Mr. Obama’s personal involvement in it will soon become matters of great public interest. Recommended reading - U.S. Secret Mars Program http://bit.ly/l5nNof 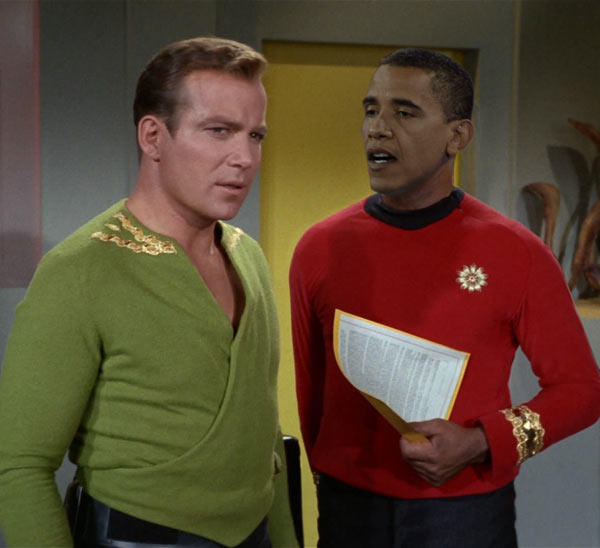