The Inspiration
Playing for Change is a multimedia movement created to inspire, connect, and bring peace to the world through music. The idea for this project arose from a common belief that music has the power to break down boundaries and overcome distances between people. No matter whether people come from different geographic, political, economic, spiritual or ideological backgrounds, music has the universal power to transcend and unite us as one human race. And with this truth firmly fixed in our minds, we set out to share it with the world.

The Production
We built a mobile recording studio, equipped with all the same equipment used in the best studios, and traveled to wherever the music took us. As technology changed, our power demands were downsized from golf cart batteries to car batteries, and finally to laptops. Similarly, the quality with which we were able to film and document the project was gradually upgraded from a variety of formats-- each the best we could attain at the time—finally to full HD.

One thing that never changed throughout the process was our commitment to create an environment for the musicians in which they could create freely and that placed no barriers between them and those who would eventually experience their music. By leading with that energy and intent everywhere we traveled, we were freely given access to musicians and locations that are usually inaccessible. In this respect, the inspiration that originally set us on this path became a co-creator of the project along with us!

The Effect
Over the course of this project, we decided it was not enough for our crew just to record and share this music with the world; we wanted to create a way to give back to the musicians and their communities that had shared so much with us. And so in 2007 we created the Playing for Change Foundation, a separate 501(c)3 nonprofit corporation whose mission is to do just that. In early 2008, we established Timeless Media, a for-profit entity that funds and extends the work of Playing for Change. Later that year, Timeless Media entered into a joint venture with the Concord Music Group through the support of label co-owner and entertainment legend Norman Lear and Concord Music Group executive vice president of A&R John Burk. Our goal is to bring PFC’s music, videos and message to the widest possible audience.

Now, musicians from all over the world are brought together to perform benefit concerts that build music and art schools in communities that are in need of inspiration and hope. In addition to benefit concerts, the Playing for Change band also performs shows around the world. When audiences see and hear musicians who have traveled thousands of miles from their homes, united in purpose and chorus on one stage, everyone is touched by music's unifying power.

And now, everyone can participate in this transformative experience by joining the Playing for Change Movement. People are hosting screenings, musicians are holding benefit concerts of every size, fans are spreading the message of Playing for Change through our media, and this is only the beginning. Together, we will connect the world through music!

Here is their latest song .Feel free to add more to the channel .
This is so inspiring :)

“Higher Ground” is a song that speaks of the perseverance it takes to reach the higher consciousness. Let’s all keep trying together, one heart and one song at a time, until we all reach the Higher Ground.

Very nice Mudra enjoyed that! Great way to unite the world through music! I wonder if even the Lizards enjoy music...

As Above So Below...
mudra

Jenetta wrote:Very nice Mudra enjoyed that! Great way to unite the world through music! I wonder if even the Lizards enjoy music...

As Above So Below...

I bet they do Jenetta. This one is listening to Pavarotti in awe 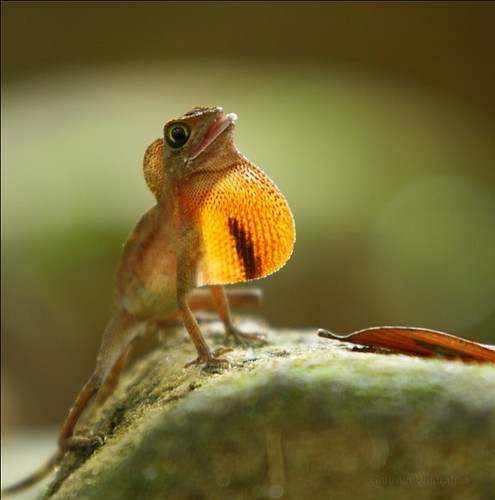 Music Is My Ammunition | Playing For Change

Teach Your Children - Playing For Change


The Playing For Change Foundation is building a new music school in the Village of Kirina, Mali. Kirina is a village of musicians, some of whom can trace their musical ancestry back over 75 generations! In this very special episode West African music legend Baaba Maal and friends perform for the village elders in honor of the new "Playing For Life" music school that is just beginning construction.

Ive just seen this is and was wondering who was behind it because I was sniffing Christian Missionaries .

The woman who runs it is Heather Bacon and is co founder of a missionary school in Tanzania called the O Brian School.

Never been a big fan of Christian missions myself as its code for expansionism, imposition and subjugation. Note the American flag under the Tanzanian Flag in the pic.

As the Kenyan guy said- they came with their Bibles and left with our land.


Sorry to be a party pooper lol.
mudra