A real touch of the soul by Bushycat. Thank you both, ladies.

Btw. I wonder why nobody in the world isn't allowed to see the faces of Fukushima 50 workers? It is really strange. As they are victimized, somebody obviously doesn't want people to establish a closer connection and compassion with the heroes... and maybe to ask some unpleasant questions...so they think it is probably better to present F50 as robots without faces and souls, ready only to do the task...and clear someone's unclear conscious! I smell something very unpleasant behind all of this secrecy. We want their faces!

mudra wrote:
From Bushycat with Love

Message in a diamond bottle,
Of Light
Clear and ample,
Carried to the Brave
By One,
The Loving
To honor and to cheer them,
Give them peace from this cave. 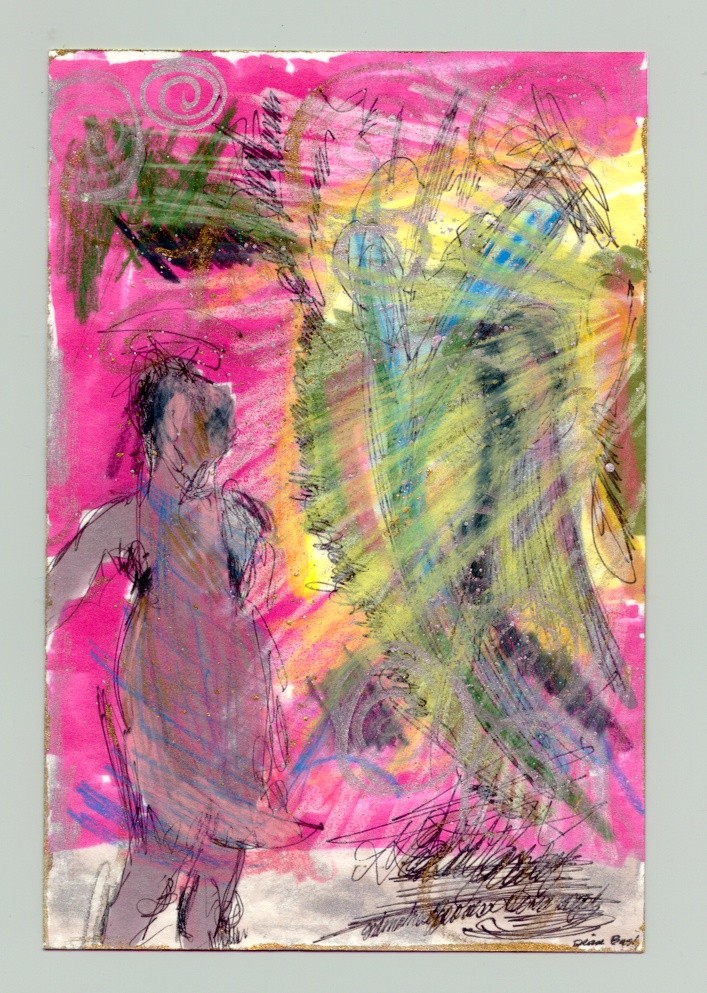 Safety standards for workers at the tsunami-hit nuclear power plant in Fukushima Prefecture have been relaxed without any scrutiny, forcing workers to do their jobs without being completely decontaminated, it has emerged.

Radiation levels on the premises of the power station remain high, with part of the ruins of its No. 3 reactor building -- badly damaged by a hydrogen explosion -- emitting 900 millisieverts of radiation per hour.

An employee of one of the subcontractors at Fukushima plant said he worked there without such a special permit and was exposed to 1.3 millisieverts of radiation over a 2 1/2-hour period. Subsequent screening detected radioactive substances on the back of the employee's head and neck, as well as those of about 10 co-workers.
They washed with special shampoo at the nuclear crisis operations center about 20 kilometers away from the plant. However, three of them were unable to completely decontaminate themselves. They tried again at a TEPCO facility but failed to completely remove radioactive substances from their bodies. TEPCO subsequently issued a certificate specifying the areas of their bodies contaminated with radioactive material, and they returned to work.

"Both TEPCO and the original contractor appear to be thinking it's natural that we're contaminated with radioactive substances, considering our working environment," he lamented.
"Many of us are eager to help get the plant under control, and think we can't avoid being contaminated. But frankly speaking, we're concerned," he added.

TEPCO said the certificate specifying the areas of workers' bodies contaminated is issued if high levels of radiation are detected during screening, but claimed that such workers are completely decontaminated before returning to work.

There are over 800 employees on site every day
Hundreds of them sleep on site in a building adjacent to the reactors they sleep under lead lined blankets (which does not protect from gamma radiation)
TThey eat 2 meals a day
They have only seen the doctors 1 time since April 1st.


The nuclear plant at Japan's Fukushima may be leaking radiation, but people are still going there daily to look for employment where about 2,200 of the 2,500 working there are subcontractors.

In the last three months, at least eight workers have been exposed to high levels of radiation and removed from duty but this has not deterred others.

It's a vocation with little job security, few benefits and no insurance for injuries or radiation poisoning but many are still lining up.

Since the devastating March 11 earthquake and tsunami, former Shooto heavyweight champion and Pride veteran Enson Inoue has been tireless in his charity efforts, repeatedly traveling to northeast Japan to directly help those in need.
Go to page :