The Bad in Dreams Part 2 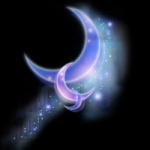 The Bad in Dreams Part 2

Part 2
So now it's been a wile lots have changed. I had 1 held down dream in last 6 months but it's very short and I wake up as usual now 100% yet. But now divorced do to the fighting and more positive I became more it Fell apart. The deal breaker or rather the biggest is I was told not to share this info to the world or post about it on the net.
This is generally part of it and ties the rest together. The refusal to not stop when I ask to stop the anger. I refuse all the anger and not rebuttal. It came to head and the preventing me was a deal breaker or the glass half empty all the time and I am glass half full always.the Negative energy I felt in the house and stubbornness to not let off me like i was a threat to it.Well I was and if it was Negative it should be cause behind me stands God a prayer away. Reminded me of Adam and Eve she told him to take bite.
Well I dint. If this was a dreams or test from god I was going to post it no matter the cost. The change to a more positive outlook of life a more genital one. This was the path that I am very drawn to and feel I have to share this post. So part 2 of the dream I been nice no matter how hard it's been. Lots of negative I had to get away from its not been easy but I did it anyhow and felt like I had to but keep my distance as a intuition feeling. Since then she reflected and let's say something now changed. She been reading the book Morning Coffee with God mind you and I have the feeling of not sure about her energy. This last Monday she asked for help in dream being held down on some spinning portal but for the first time and guess what happened. Yes that's right she woke up.She got help. I guess it was very persistent and she held up and never gave up and beat it that night. now sleeping more peaceful And more glass half full thing looking allot different for now . I like to think it's been around awhile and now beaten due to she is now talking to god again.
Recap and Final thoughts
So thing are better but keeping life simple for now see what is in store for me cheers. Prayed in dreams are real and work god helps you nomater what he is that loving.
I play with Riki and the chakra energy. One night felt a loving energy as if something was close and had this hand touch my head then rub my ear drums that ring almost smarted but felt great along with another new energy sensation . Now I can only describe as twin flame energy. Side note twin flame I feel is other half of your soul but different person but never together in life until things are right and both learn the life track.After that night i felt Kundalini Awakening: felt my base chakra and hart chakra spinning hard for 2 weeks. this happened after I asked for help in my situation for help with my path. I thought though my twin flame the hand activated it. So now I feel Riki allot more stronger and I spent free time meditating. So now I offer this. I pray that since my guardian Angels need My permition to help me I hear by give then permition to help me always and if they need it to run my energy to anyone in the Jesus consensuses that need energy to get help they can run my energy not asking me to do so. I Also given them permission if they need it not sure but they can help anyone on my behalf and bring help to battle for me. Just in case they need it I give them my total trust to do so always without asking Amen. Since this one day at work I had my energy revved up on its own for about 20 min Feb 15th.
Something happened so I keep pushing to learn because feel that's what life hear is about. When it's over I tried every learner as much as possible and in case and not to mention If I run account something big. Really I think life is all full of clues like Dolores Cannon its clues and she puts it all together. I really think it's possible to get this without the help of aliens but power of the light and our own energy within every one together to raise the vibration.
So meditating, Riki ,chakra energy twin flame energy, Kundalini put it all together you feel some fun energy wile meditation. Not to mention heal Mother earth to. I do that allot and give love back that way.
Blessings

Part 1 Bellow
So I searched how to take control of my dreams. I was held down by some dark entities since I can remember. But since I tell myself I can take control and pray to god for help and ask the light to come remove them I wake up now with great success. its happened a few times. most member able one time he laughed at me but time after that I asked for god to help and he cried in pain as I woke up straight off. This felt good but we was not done with him yet but now i wake up 100% when I remember to pray in dream witch feels great after 37years of this.
So now. I had a dream doing Riki energy with thought of a cross from where it comes out hand and fingers drawing light and love of got to a negative feeling I felt in a dream that was in my wife. I put my hand on her did the light and felt the energy flow and dark spirit I will call it popped out and attacked me. I did the prayed as it was trying to pin me down as it had done to me for the last 38 years. Now since I called the light I wake up 100%from it but to aid my wife this time I prayed to get out and did my energy thing this time it screamed in pain. I had it held on to it mid way wife said stop in dream and it dint feel right so I continued to pray I wake up actually saw it go accost the be opposite way I was pulling. I said nothing and about to put it off as a bad dream. Then wife woke up said what was that that ran accost the bed. Since then she had been allot better.
I have learned about auto protecting with help from arch angel Michal and giving constant permissions for them to help me protect me always without asking. Since we have free will they don’t have to ask just made sense reading it.
Its long I know I apologize but feel it’s important. What brings me hear is this.
My dreams are now peaceful after the last one I had. In a dream this guy walked into a bar he was human form he looked down on his luck but felt the biggest negative energy I have yet get from any one. I walked up to him blessed him knowing it was very negative but knowing I had gods light with me and can draw from it like Riki and coming very victorious now when I ask for help. He stopped me said don’t. Then I sat down said ok. He walked out I tried again this time he told me this please you don’t know who I am I am the price of darkness. I then finished blessing him anyhow with the light of god and said please don’t interfere with my reality and his free will. I then respected that and walked out the door. So his minions were tearing my car apart. They saw me and was coming to attack me I showed no fear put my hand out projecting like before Riki out of my had with a cross imagined on my palm I sent them light energy and blessed then and told them they are interfering with my reality. They all stopped and put my car together I drive off then I wake up.