Absolutely awesome material .
It lifts the veil on many mysteries of creation , who we are and the nature of the holographic universe.
Excellent imo . 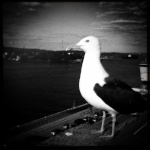 What an explosion of creativity you display, woman! I bow my head in awe and inspiration.

Sending love to you, Rhythm and all others-you-know-who from the silent swedish stalker.

I was wondering who had come this thread.
It had to be you I Am

Thanks for your kind words.
I am surprised myself with what is coming
my way as I let Spirit guide me

Love to you too brother .

he he.. Burgundia there you are .
Welcome

Nibiru, in Babylonian Astronomy translates to "Planet of Crossing" or "Point of Transition", especially of rivers, i.e. river crossings
Nibiru was considered the seat of the summus deus The first of many symbols of the winged disk or celestial sphere with wings comes from Sumer The following illustration shows symbols that were pervasive for more than three thousand years as the symbol for Anu and other ancient heaven-and-earth gods including gods from Egypt, Assyria, and Persia.
Originally the disk or globe symbolized Nibiru, Anu’s home planetoid. Note the cobras in the second “winged disc”, symbolizing a feathered serpent, the major name for several native American gods, including Quetzalcoatl. These symbols were found in royal tombs and documents thru Asia Minor, Egypt and nearby countries. They originally symbolized the flying planetoid Nibiru and its high god Anu. Later, similar symbols were used for other celestial gods such as the sun god.

So within so without
So above so below

The Star Of David The SIX Pointed Star and Electromagnetic Energy

Dr. Jewel Pookrum briefly speaks about the 7 circuits of the brain and its functions

Dr. Pookrum Exposes And Teaches On The Hidden Facts About Our BioPhysical And Metaphysical Anatomical Structure.

THE PINEAL GLAND IS A STARGATE

Thank you Mudra for this thread, I'm at 17/22 of the Shaman Healers and loving it

If you enjoyed " Shaman Healers " you 'll love this one too :) They both tie in nicely together.

This Science of 'as above so below' is the most ancient universal system of harmonizing man with his natural surrounds! Ths stars above and the stars below, ie: our own bodies. Mankind is in harmony with Nature only when he realizes that he is the microcosm of the Universe and a Galaxy unto himself.

Man has lost this profound knowledge over the past few thousand years due to the Precession of the Equinoxes. The dark history of the recent past was fortold by the ancients. Hesiod, Hermes and many others fortold a time when the understanding of the sacred truths would become obscure and the knowledge would have to go undergroung to be preserved for a future time. That time has now arrived.

Santos Bonacci- As Above So Below Part 1


Santos Bonacci -As Above so Below Part 2

He covers same subject as in the preceding videos in more detail.

Mudra, Santos Bonacci is great. Thank you for introducing him at the mists. I know Mel from Veritas wants to interview him.
mudra

burgundia wrote:Mudra, Santos Bonacci is great. Thank you for introducing him at the mists. I know Mel from Veritas wants to interview him.

Great news Burgundia . Looking forward for that interview. If you happen to stumble upon it keep me informed.