(I believe Alex made a reference to Sandy Hook when he said sometimes I'm wrong; sometimes things are as they say it is.  Well, in the case of Sandy Hook, things were NOT the way they say it is.  The fact is, Sandy Hook was a FEMA drill that the MSM reported as fact.  Hard to believe, I know, but my understanding is that in the U.S. there is a law stating that the American people can be lied to if there's a "national security" issue at stake.)

(Off-topic comment:  I am so tired of hearing the F-word constantly.)

The CDC and military can also do biological experiments on the population as evidenced by the different types of chem trails that were sprayed overhead for the past 20 years. They monitored the different types of illnesses in the different areas.
_________________
What is life?
It is the flash of a firefly in the night, the breath of a buffalo in the wintertime. It is the little shadow which runs across the grass and loses itself in the sunset.
With deepest respect ~ Aloha & Mahalo, Carol

Seashore wrote:The fact is, Sandy Hook was a FEMA drill that the MSM reported as fact.

There is a book, Nobody Died at Sandy Hook, which has been banned by Amazon.

I'm happy to see that there's a public library that offers the book.  Their summary [which I edited to correct their punctuation errors]: 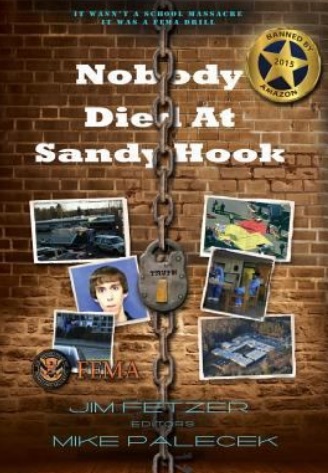 Nobody Died at Sandy Hook

It Was a FEMA Drill to Promote Gun Control

A 425-page compilation of the purported shooting incident at Sandy Hook Elementary School in Newtown, Connecticut, alleged to have taken place on 14 December 2012, by 13 contributors including six current or retired Ph.D. college professors, who have established through their research that the school had been abandoned by 2008.

The research shows that the school was used to conduct an elaborate drill, and that no children in fact were present and therefore no children died. The drill was done to promote the gun control agenda of then-attorney general Eric Holder and the president of the United States Barack Obama.

The book is copiously documented with photographs, records, and other proofs that make it so detailed, so thorough, and so compelling, that the U.S. government has had to resort to extreme measures to suppress it, including having it banned by Amazon.com.

Proof it was a drill was right before our eyes—the sign, "Everyone must check in!", boxes of bottled water and pizza cartons, Port-a-potties present from scratch, many wearing name tags on lanyards, parents bringing children to the scene.

Proof it wasn't a massacre was also there was no surge of EMTs into the building, no Med-Evac helicopter was called, no string of ambulances to the school. no evacuation of 469 other students, no bodies placed on the triage tarps.

Jim Fetzer got sued over this book and lost in court, which tells me that the court must have been in on it.

Fetzer has appealed, apparently, to the Wisconsin Supreme Court, and the case is pending. 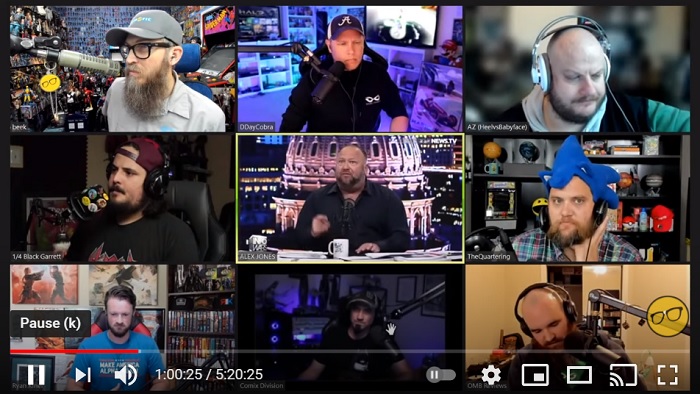