can we have a tech sticky for those tech savvy to post things of use for the average user , in relation but not limited to the following ?

Alternate operating systems , using Linux based systems and moving away from intel based os'

and general info on what your devices are capable of ( that most of us didn't know ) and how to increase your privacy.

Ok So this post is to introduce the current ethos out in the internet , what is happening re hacking and stealing / phishing info , how easy it is and some tips on securing your private information from the myriad of vulnerabilities in most operating systems mainly intel / microsoft based systems and apple / android systems.

Now these tips will never fully secure you from these threats , but it will reduce the chances of you losing data greatly.

I asked a dear friend of mine who was a senior director for intel for the AFP. ,  if i can secure my intellectual property on my on line computer. His response was ,

" un plug your computer , drive out into the middle of the desert , bury it 6 feet under and maybe you have a chance "


ok, Ill go straight into saying it , most of us on here already know this , but your phone and laptop have been specifically engineered to spy on you with countless backdoor openings allowed for exploits.  Pretty much all anti virus and firewall apps are designed to allow anyone with the right tech to get in there without you knowing it.


heres a video to explain this ...

even bitdefender , which imo is a really good anti virus system , has vulnerabilities.

Some tech companies design software that can call your phone and without you even answering it and can install a trojan program that will give them access to everything in your phone. One of which is called Pegasus , now before you get all excited about that , please note that if youve been infected with this bug it means you are a high value target. Mind you watered down versions of this software are commonly avail on line.

Here is a video explaining how pegasus works , its a long one but very interesting none the less.

Ok So onto my next tip , You can reduce vulnerabilities by not using standard mobile phones and microsoft based programs. The vulnerabilities are generally created by these great little things called " Apps "  such a cute name ... but pretty much every app has back door operations that take your data and re use / on sell it to other companies. A lot of apps talk to each other and cooperate in doing this.

Best part of this is you wouldnt even know its happening ...   Please also note that any app that says it is encrypted and secure is a flat out lie. Not because the manufacturer is lying to you , but because any app can be hacked and used against you, especially if you think its secure.

IMPORTANT NOTICE :  This info will not stop the alphabets looking at everything you do.

this info is not designed for that and to be honest i wouldnt know where to begin to get that level of security whilst using a public isp.

So with that out of the way here is a list of phones that are designed to be more secure, most of them are way too expensive but one of them is in the average persons price range.


so here is the link , its a good read and note the article is dated but newer versions of these phones are available.


OK So onto the next subject , Linux based OS' ...  I have been using Linux for almost 12 years ( notice thats around the time my friend shared that info with me )

Here is a list of decent free distros for beginners


Heres a list of distros for medium to advanced users which have a security slant.


Now heres the good bit , 90% of these operating systems are FREE !!!  mind you i would at least show some appreciation to give a donation to these suppliers if you se their tech.


Ok so heres an awesome video i found that really dives into a typical users network and all of the vulnerabilities that they have. This video will also give you some fun tips you can do easily to test your network and see if you have any back end vulnerabilities.

I use 3 different systems , all are live systems , my most secure one is live encrypted cd os, on a 15 year old lap top that has had the hard drive , bluetooth,  camera and microphone array de soldered and physically removed.  It also has an analog hard wired switch wired between the wifi transmitter and the pc board.  Thats the unit i use to SOMETIMES transmit sensitive design info to my clients and collaborators.   It is sending through a vpn and through a privately owned isp.

I dont always trust that to get the job done so the rest of my work is all on dead tree and my dead tree book is occasionally given to collaborators to copy notes and designs into their dead tree book, whilst im standing there watching them do it.

WHY NANOO WHYYYY !!!! ?????    Because i dont want to spend years designing something to on sell to a company that has been hacked and released before i could.


Ill keep adding to this thread as time goes on but for now you got some cool things to sift through and learn.

This post is about how you can check the back end of your internet connection for open ports. Open ports are how hackers can get into your pc or device and get your personal info etc.

Now its a pretty easy test to do and its just 2 steps,

go to this site https://whatismyipaddress.com/ and get your ip address , highlight and copy it ...

then what you do is paste your ip addy into the " scan your network " tab on the below site.


give it a couple of seconds... it will show you how many open ports you have. Ideally you only want 1 port and thats port 80. if you have more then you have a leak or someone has a bridge into your pc or device.

Ok for this exersise try the following.

At night before you go to bed turn off all wifi / internet modems , mobile phones, smart appliances etc in fact anything that has a transceiver in it.

Turn them all off for 7 days before you go to bed. Any mobile phones after youve turned them off, you can put them into an older micro wave to stop them interacting.


Now id like you to notice the difference in your sleep and your dreaming.

Allow me to share something very interesting , i have been pen testing several wifi units for security. And have found one that is pretty much the best so far.

Its from a company that has recently come under scrutiny from the usg. That piqued my curiocity and prompted me to do the former.

I have several of their mobile wifi units , i use one in my car for my nav system and other things. I did a back end test on this unit and 2 of my other wifi units , one being this bad boy here

another is this one

the 2 above being the belken and the wirecutter have very solid back end firewall security , in pen testing them i still found up to 17 back end ports being accessed, the wirecutter had as little as 5 to 7 ... now thats pretty good but its still too many open ports.

When i tested the huwei i only found port 80 open , every time i test it it only has the one port open. Even when i have multiple tabs open.

SO i think i know why the usg. is so opposed to this tech. similar to this one...

now i know if they wanted to they could get past its firewall and encryption, and ill repeat , im not opposed to the alphabets doing their job, the majority of people working at these agencies are people of high moral value. And again this thread is not in opposition to them. Actually i thank the gods they are there because without them we would be truly up the river in a barb wire boat.

Now, not only does it offer the best security i can get from a civilian isp, its faster than even my wirecutter ! which you would think with all the bells and whistles would be a badass.. and it is, but it fades in comparison to the huawei.

Just a side note , if your internet connection is slow ... slower than normal , or gotten slower over time , its because you are sharing your bandwidth with other users who may have a trojan or back end mim tech siphoning your bandwidth. I would go as far as re installing your software once a month and generate new pass codes that are at least 8 to 10 digits using a mixture of symbols, numbers caps and non caps.

the Huwei mobile wifi units are cheap to buy , easy to set up and offer great value and security. You may be paying a premium for your internet through one of these things but thats been set up on purpose so you go the cheaper option.

When i was using the belken unit it was wired through the phone line and i paid 60 aud per month and it was all i needed. The Huwei is costing me between 75 and 90 per month but the extra 20 aud is priceless because of the added security and internet speed is at least double. I was getting an average of 480 kbps on the belken which is pretty slow... The Huwei is anywhere between 900 kbps to 1400 kbps which is almost triple the speed !

Anyway i hope this has been helpful

I found a guy on line that tracks down on line hacking scams and makes videos in real time of him baiting the scammer and then gaining access to the computer of the scammer and in a lot of cases reporting them to the authorities.

He Goes by the name of Jim Browning , his channel is called " Tech Report Scams "  its well worth a look and if you feel in the mood donate or subscribe to his channel. He has selflessly saved people hundreds of thousands in scams and imo is a good egg.


Here are some of his videos , they are really entertaining and informative.

Thanks for the links and tip NANUXII.

_________________
What is life?
It is the flash of a firefly in the night, the breath of a buffalo in the wintertime. It is the little shadow which runs across the grass and loses itself in the sunset.
With deepest respect ~ Aloha & Mahalo, Carol
NANUXII

you are most welcome my beautiful Hawaiian ladybug ! 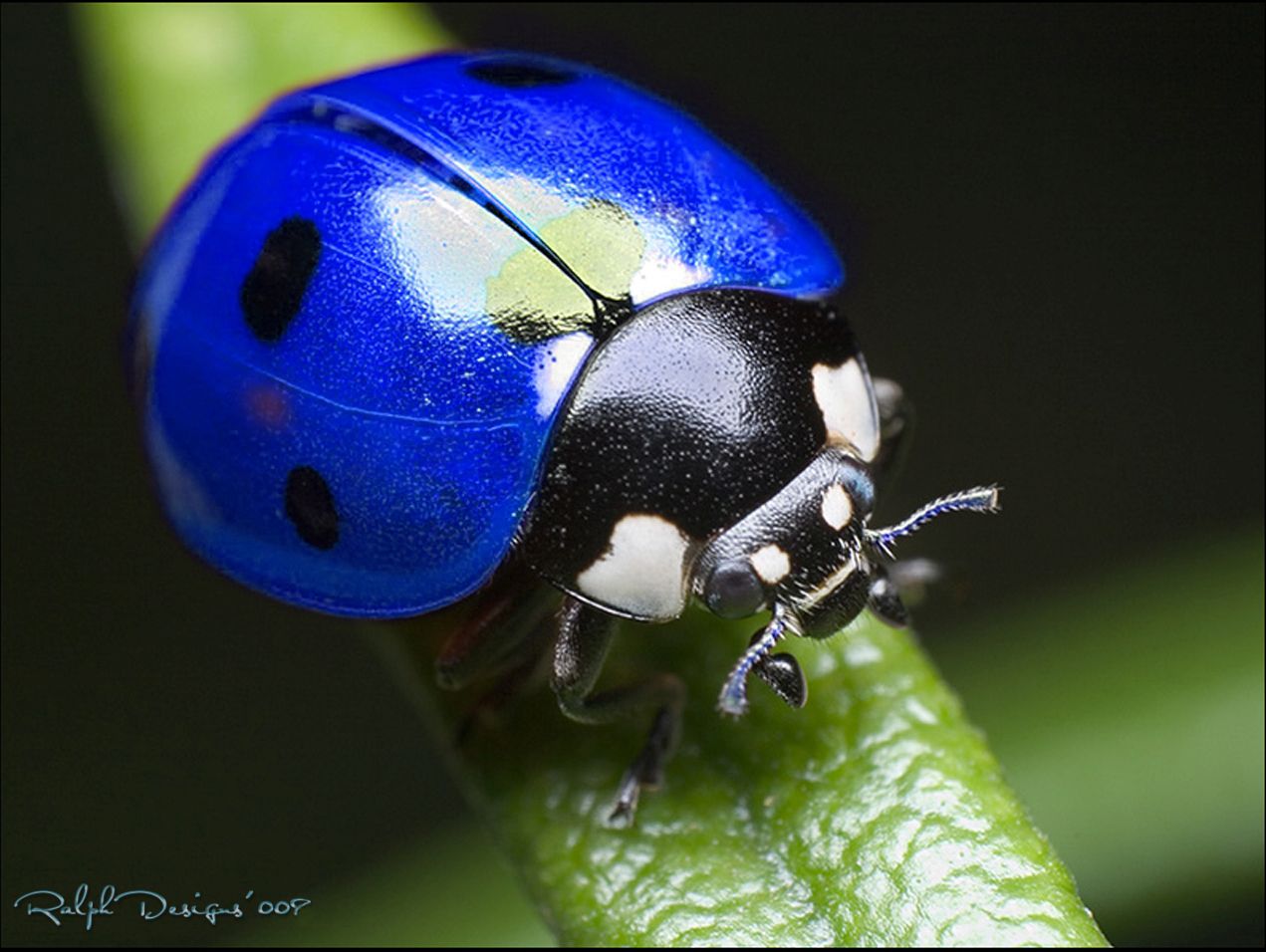