Saturn : the Secret of the Extra terrestrial engineers - A PANE ANDOV book

Saturn : the Secret of the Extra terrestrial engineers - A PANE ANDOV book 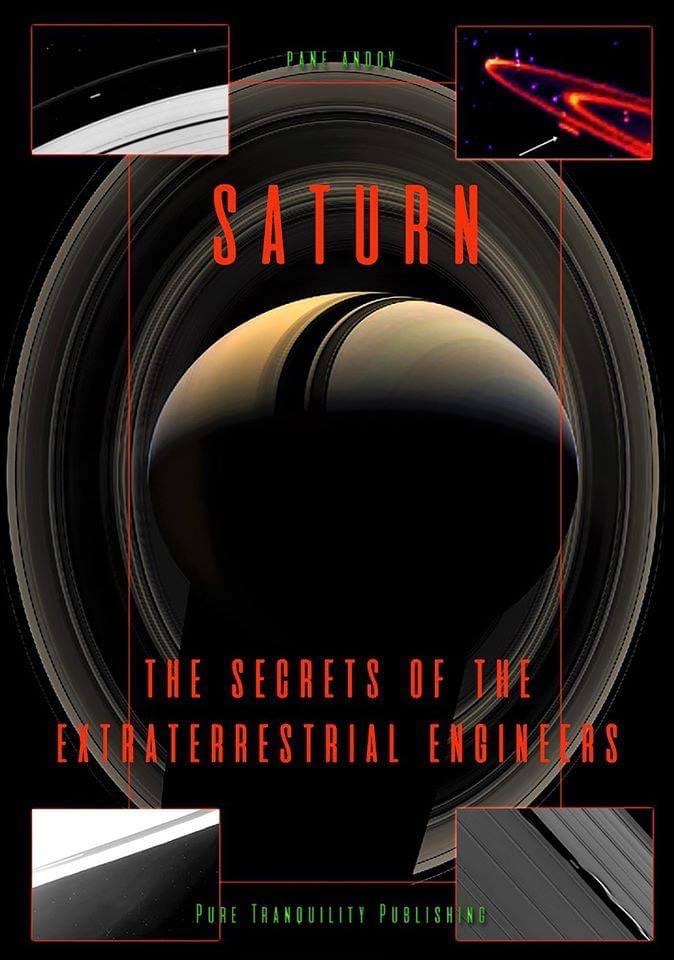 In 1986, Dr. Norman Bergrun published the book “Ringmakers of Saturn”. He discovered strange anomalies in the Saturn system and based on collected NASA evidence he concluded that human civilization is not the only one in our solar system. On several photos and video evidence, he clearly pinpointed the existence of huge electromagnetic vehicles (EMVs) under intelligent control which was directly involved in the creation of rings on Saturn.This book picked up where Dr. Norman Bergrun left off back in 1986 and it went much deeper into the subject matter of the extraterrestrial presence in the Saturn system.The author is also an astral traveler with extensive experience and a contactee of a rare type. Andov’s conclusions based on many years of extensive UFO research and direct astral observation are filling the gaps in the Big Picture which are currently missing.In 1964, Russian astrophysicist Nikolai Kardashev figured out that civilizations can be categorized by the total amount of energy available to them. He defined three levels of civilizations (Type I, Type II and Type III) based on their capacity to harness and use power, as well as the amount of knowledge the civilizations have access to. Type III can control energy on the scale of its entire host galaxy. Once it reaches the level of knowledge to harvest galactic energy, Type III can take a path of light, coexistence, prosperity which will lead towards further evolution or it can take a path that also leads to progress and expansion but will be full of darkness, manipulation and the exploitation of lower evolved civilizations. However, by taking the dark path it will seriously slow down the real evolution of Type III civilization towards Type IV civilization. In case Type III civilization has exhausted the power of a single star, it can easily reach out to other star systems. No natural catastrophe known to human science has the capacity to destroy a Type III civilization. The potentials are enormous, however, the appetite to grow and expand further can sometimes turn this type of civilization into a vampire type of predator that exploits and consumes the life force energy of the lower evolved civilizations. Unfortunately, a Type III civilization that exactly matches that description is present in this solar system and it uses a combination of highly sophisticated technology and the natural transmitting capacity of planet Saturn to manipulate the Astral Plane of planet Earth for purposes that will further be explained. During the last planetary conflict with the “gods” which happened around 4,000 ago, the Optimal Genetic Expression was lost. In other words, the biological gigantism on planet Earth was lost, the DNA abundance was no longer possible, and the human genetic functionality was downgraded. With only 5 sense input and higher abilities of consciousness deactivated, the humankind became an easy target for many abusive ET species that stayed in the solar system.This book contains an abundance of scientific data collected by Cassini and other spacecraft in our solar system. In parallel, there is a metaphysical explanation of all that is happening. It is a perfectly balanced mix between advanced space science and metaphysical knowledge.The comments about many unexplained phenomena in our solar system are a product of Andov’s direct observation on the Astral Plane.One thing is for sure. This book will take deep into the mysteries of the gigantic Saturn system and the presence of intelligently controlled space vehicles of enormous sizes. Explanations are given what exactly these EMVs are doing in “our” solar system, how they function and why they are doing what they are doing…