Halloween a BLUE MOON and a RED Mars..and Asteroid VP1 to fly through the Constellation of Scorpious before election day!

Halloween a BLUE MOON and a RED Mars..and Asteroid VP1 to fly through the Constellation of Scorpious before election day!

Halloween a BLUE MOON and a RED Mars..
and Asteroid VP1 to fly through the Constellation of Scorpious before election day!
The first of this month’s two full moons fell on October 1, and the second one – for most of the world – falls on October 31 (Halloween).

Blue Moon. Red Mars. How can you resist?

The third great constellation is Scorpio. He is depicted as a dragon or serpent. As we said earlier, in the 7th century B.C., he is shown trying to seize the lamp. Scorpio wants to be the “light of the world.”

While the Scorpion is trying to wound the heel of Ophiuchus, the head of Scorpio is being wounded. It is said that the word, Scorpio, means “the Lawless One,” and as such, represents the seed of the serpent — the Antichrist.

While (ASTEROID VP1) Ophiuchus is crushing the head of Scorpio, he is seen binding the serpent, who is trying to gain the northern crown.

There are three sidereal sidepieces to the constellation Scorpio — Serpens, Ophiuchus, and Hercules..

These help to tell the story of the conflict seen in Scorpio.

Ophiuchus-A view of Christ who, though His heel is bruised in the conflict, succeeds in bruising the head of the Lawless One. In his hands he holds Serpens, keeping him from obtaining the Northern Crown.

Hercules-He can be seen in the star chart beating a many-headed snake with his club. The snake is shown in the branches of a tree — most likely the “tree of the knowledge of good and evil.”

PRESIDENT TRUMP WINS-RE-ELECTION-Revelation 16:
The seventh angel poured out his bowl into the air, and out of the temple came a loud voice from the throne, saying, “It is done!”

Then there came flashes of lightning, rumblings, peals of thunder and a severe earthquake.

No earthquake like it has ever occurred since mankind has been on earth, so tremendous was the quake.

The great city split into three parts, (Serpens,Ophiuchus and Hercules) and the cities of the nations collapsed.

Our story begins a couple of years ago, on November 3, 2018. That night, the Zwicky Transient Facility at Palomar Observatory in Southern California discovered a faint new "near-Earth asteroid" – an object whose orbit can approach, or cross, that of our planet.

Because 2018 VP1's orbit takes almost exactly two years, in 2020 (two years after discovery), it will once again pass close to Earth.

Nov 2018
Republicans outsmart the Democrats to keep the Senate in their control.
_________________
What is life?
It is the flash of a firefly in the night, the breath of a buffalo in the wintertime. It is the little shadow which runs across the grass and loses itself in the sunset.
With deepest respect ~ Aloha & Mahalo, Carol
Carol

Re: Halloween a BLUE MOON and a RED Mars..and Asteroid VP1 to fly through the Constellation of Scorpious before election day! 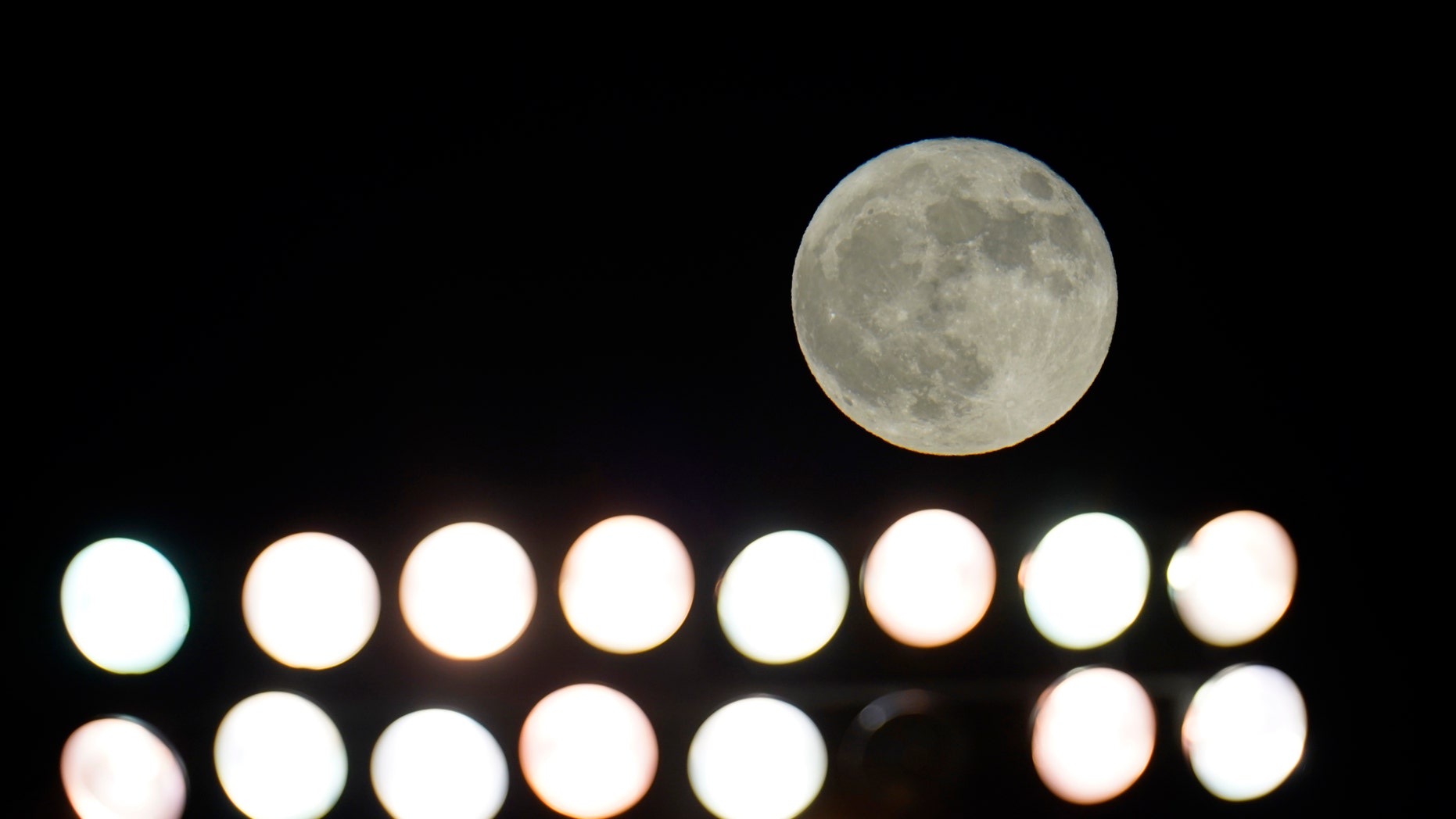 The last time a blue moon occurred on Halloween was in 2001, according to the Farmer's Almanac, and will not happen again until 2039.

The month’s other full moon, the “harvest moon,” occurred Oct. 1. Old Farmer’s Almanac notes that the harvest moon is the full moon closest to the beginning of fall or the autumnal equinox.

A rare Halloween blue moon moon rises over a bank of lights at Falcon Stadium in the second half of an NCAA college football game between Air Force and Boise State, Saturday, Oct. 31, 2020, at Air Force Academy, Colo. (Associated Press)

Skygazers, however, should not expect the Halloween blue moon to be, well … blue. “Most Blue Moons look pale gray and white, indistinguishable from any other Moon you've ever seen,” NASA explains.

The term “blue moon” evolved to denote something that is absurd, according to Space.com, citing Philip Hiscock, a folklorist at the Memorial University of Newfoundland, in a 2012 article in Sky & Telescope magazine.

In rare circumstances, however, the moon can look blue. “A truly-blue Moon usually requires a volcanic eruption,” explains NASA. “Back in 1883, for example, people saw blue moons almost every night after the Indonesian volcano Krakatoa exploded with the force of a 100-megaton nuclear bomb. Plumes of ash rose to the very top of Earth's atmosphere, and the Moon … it turned blue!”
_________________
What is life?
It is the flash of a firefly in the night, the breath of a buffalo in the wintertime. It is the little shadow which runs across the grass and loses itself in the sunset.
With deepest respect ~ Aloha & Mahalo, Carol
Current date/time is Fri Jan 21, 2022 3:14 pm