Germany’s federal government and mainstream media are engaged in damage control after a report that challenges the established Corona narrative leaked from Germany’s Ministry of the Interior.

Some of the report key passages are:

The dangerousness of Covid-19 was overestimated: probably at no point did the danger posed by the new virus go beyond the normal level.
The people who die from Corona are essentially those who would statistically die this year, because they have reached the end of their lives and their weakened bodies can no longer cope with any random everyday stress (including the approximately 150 viruses currently in circulation).
Worldwide, within a quarter of a year, there has been no more than 250,000 deaths from Covid-19, compared to 1.5 million deaths [25,100 in Germany] during the influenza wave 2017/18.
The danger is obviously no greater than that of many other viruses. There is no evidence that this was more than a false alarm.
A reproach could go along these lines: During the Corona crisis the State has proved itself as one of the biggest producers of Fake News.

So far, so bad. But it gets worse.

The report focuses on the “manifold and heavy consequences of the Corona measures” and warns that these are “grave”.
More people are dying because of state-imposed Corona-measures than they are being killed by the virus.

The reason is a scandal in the making:

Berlin in Denial Mode. The scientists fight back.

Initially, the government tried to dismiss the report as “the work of one employee”, and its contents as “his own opinion” – while the journalists closed ranks, no questions asked, with the politicians.

But the 93-pages report titled “Analysis of the Crisis Management” has been drafted by a scientific panel appointed by the interior ministry and composed by external medical experts from several German universities.

The report was the initiative of a department of the interior ministry called Unit KM4 and in charge with the “Protection of critical infrastructures”.

This is also where the German official turned whistleblower, Stephen Kohn, work(ed), and from where he leaked it to the media.

The authors of the report issued a joint press release already on Mai 11th, berating the government for ignoring expert advise, and asking for the interior minister to officially comment upon the experts joint statement:

What was Corona really? I think it was also about corruption and the idea how to get people out of charge and business easily and silently. The first wave did not reach this aim because most of this iceberg "Titanic Europe" was going to ram was under water and new and partly unexpected info came up...
Jenetta

Ashera wrote:What was Corona really? I think it was also about corruption and the idea how to get people out of charge and business easily and silently. The first wave did not reach this aim because most of this iceberg "Titanic Europe" was going to ram was under water and new and partly unexpected info came up...

The very Ministry that hired the experts and scientists to investigate has now denounced all of them as tinfoil hat conspiracy theorists.
People live in a world coloured by their expectations.  Many wear rose coloured lenses.  Most of them feel normal pre Covid reality will take place once again and they will get back to regular business when a vaccine is introduced to the population.  That is the narrative espoused  too on media platforms. I'm constantly amazed at individual's naivety.
Personally I feel the opposite and though I do not wear a mask now vaccination of everybody around me will certainly make me feel wary.
Definitely the cure from a vaccine will be worse then the disease itself.
The lamestream media is already working on the narrative from China of a second wave.  How long before that narrative becomes the new normal reality in the West?  Some say as early as August of this year.
__________________________________________
In a time of universal deceit; telling the Truth becomes a revolutionary act...George Orwell
Ashera

Corruption is a global phenomenon, and one cannot even explain its aims sufficiently. Finally only the idea of something disease-like remains, some kind of a capitalized process of decay. The Bremen State Court most recently stopped the federal "caring madness" in a wise decision - it developed forms of exploitation, rather similar to Third Reich ideas. I had studied the matter in advance...
Ashera

[quote="Jenetta"]
The people who die from Corona are essentially those who would statistically die this year, because they have reached the end of their lives and their weakened bodies can no longer cope with any random everyday stress (including the approximately 150 viruses currently in circulation).
[quote]

Swedish pathalogists had hinted at this before alreaday. Source: SAT 1 News.
Ashera

Corona is not a hoax but prolonged and could be different than expected. Tobacco for example may help. Tobacco is not to blame for gingival, cheek, and possible lip inflammations, in corona context.

One must not do an antibody test to get out if someone had corona, scars in the mouth can be clear indicators.

The loss of teeth while having the disease or as effect of it is rather caused by laziness and lacking oral hygiene (this is, inertia and statistics). Tooth cleaning tabs will not change that because they do not brush the gum:

The widely-praised German model of the Angela Merkel regime to deal with the COVID-19 pandemic is now engulfed in a series of potentially devastating scandals going to the very heart of the testing and medical advice being used to declare draconian economic shutdowns and next, de facto mandatory vaccinations. The scandals involve a professor at the heart of Merkel’s corona advisory group. The implications go far beyond German borders to the very WHO itself and their global recommendations.

The entire case for WHO-mandated emergency lockdown of businesses, schools, churches and other social arenas worldwide is based on a test introduced, amazingly early on, in the Wuhan, China coronavirus saga.

On January 23, 2020, in the scientific journal Eurosurveillance, of the EU Center for Disease Prevention and Control, Dr. Christian Drosten, along with several colleagues from the Berlin Virology Institute at Charite Hospital, along with the head of a small Berlin biotech company, TIB Molbiol Syntheselabor GmbH, published a study claiming to have developed the first effective test for detecting whether someone is infected with the novel coronavirus identified first only days before in Wuhan. The Drosten article was titled, “Detection of 2019 novel coronavirus (2019-nCoV) by real-time RT-PCR” (Eurosurveillance 25(

The news was greeted with immediate endorsement by the corrupt Director General of WHO, Tedros Adhanom, the first non-medical doctor to head WHO. Since then the Drosten-backed test for the virus, called a real-time or RT-PCR test, has spread via WHO worldwide, as the most used test protocol to determine if a person might have COVID-19, the illness.

On November 27 a highly-respected group of 23 international virologists, microbiologists and related scientists published a call for Eurosurveillance to retract the January 23, 2020 Drosten article. Their careful analysis of the original piece is damning. Theirs is a genuine “peer review.”

They accuse Drosten and cohorts of “fatal” scientific incompetence and flaws in promoting their test.

To begin with, as the critical scientists reveal, the paper that established the Drosten PCR test for the Wuhan strain of coronavirus that has subsequently been adopted with indecent haste by the Merkel government along with WHO for worldwide use–resulting in severe lockdowns globally and an economic and social catastrophe–was never peer-reviewed before its publication by Eurosurveillance journal. The critics point out that,

“the Corman-Drosten paper was submitted to Eurosurveillance on January 21st 2020 and accepted for publication on January 22nd 2020. On January 23rd 2020 the paper was online.”

Incredibly, the Drosten test protocol, which he had already sent to WHO in Geneva on 17 January, was officially recommended by WHO as the worldwide test to determine presence of Wuhan coronavirus, even before the paper had been published.

As the critical authors point out, for a subject so complex and important to world health and security, a serious 24-hour “peer review” from at least two experts in the field is not possible. The critics point out that Drosten and his co-author Dr. Chantal Reusken, did not disclose a glaring conflict of interest. Both were also members of the editorial board of Eurosurveillance. Further, as reported by BBC and Google Statistics, on January 21 there were a world total of 6 deaths being attributed to the Wuhan virus. They ask, “Why did the authors assume a challenge for public health laboratories while there was no substantial evidence at that time to indicate that the outbreak was more widespread than initially thought?” Another co-author of the Drosten paper that gave a cover of apparent scientific credibility to the Drosten PCR procedure was head of the company who developed the test being marketed today, with the blessing of WHO, in the hundreds of millions, Olfert Landt, of Tib-Molbiol in Berlin, but Landt did not disclose that pertinent fact in the Drosten paper either.

Certainly nothing suspicious or improper here, or? It would be relevant to know if Drosten, the Merkel chief scientific advisor for COVID-19, Germany’s de facto “Tony Fauci,” gets a percentage for each test sold by Tib-Molbiol in their global marketing agreement with Roche.

Since late January 2020, world mainstream media has inundated us all with frightening hourly updates on “the total number of coronavirus infected.” Usually they simply add each daily increase to a global total of “confirmed cases,” presently over 66 million. Alarming, but for the fact that, as Pieter Borger and his fellow scientific collaborators point out, “confirmed cases” is a nonsense number. Why?

Doctors whose first priority is not healing? Is it really only the pharmaceutical industry or doesn't social medicine also play a role?

Exclusive research: Doctors systematically conceal conflicts of interest
A year-long investigation by BuzzFeed News shows that tens of thousands of physicians receive funding from the pharmaceutical industry, but systematically fail to make this transparent. Even high-ranking physicians from Germany violate scientific standards.
www.buzzfeed.com

From personal experience, I consider the Federal Agency to be untrustworthy. Quite apart from that - why does the Federal Agency consider personnel from certain regions to be more qualified? Is it because of a religious background in combination with certain political intentions? Old rope networks? Poland? India?

I have a diagnosis of exclusion, and there will be mass executions! 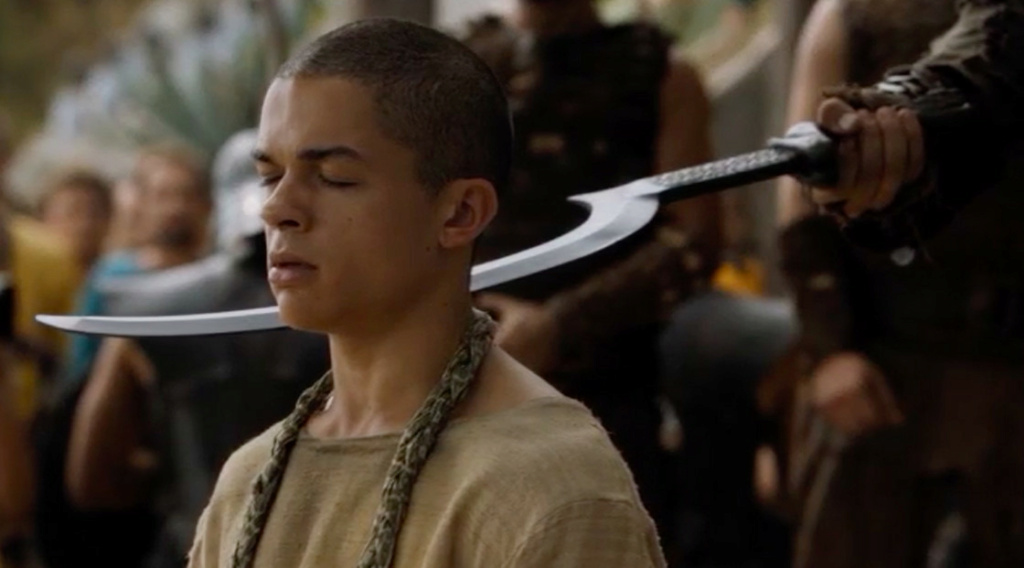 In 2018 I informed the procedure assistent, the Bremen District Court, and the Prosecution, of my premises - all this was known when I was transported into secure ward in 2019 and moved to Freistatt after. To me all this had the character of anthropological field work and participant observation, under the auspices of the Bremen Prosecution.
Ashera

Ashera wrote:If at all... I doubt that a Chinese attack aimed at the Republic State, it aimed at the Democratic Flatworms, aka socialists, their Christian hog priests and their parish absolutism! Even if Canada partly executes a strange social fascist policy it is still a liberal country...

(my cat suit is finest deer buckskin, the style is Alani Amazon... or Alar in Gorean)
Tawashi
Ashera 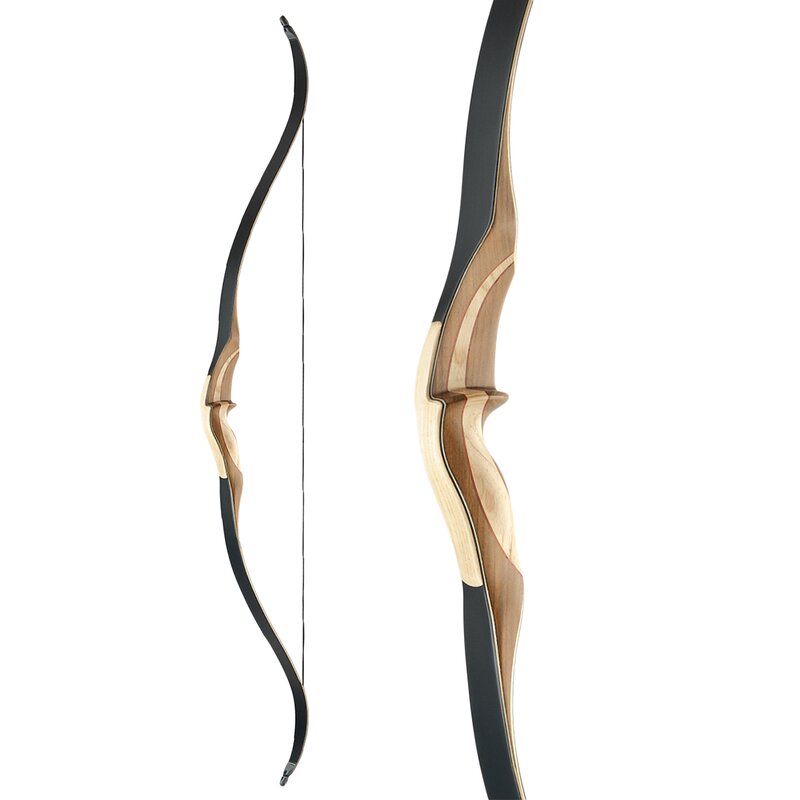 Asherim.. bow shooting and a dagger...

Put = the bow
Seti = the arrow