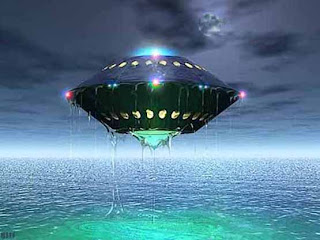 
A soft mist seemed to be floating around him. James looked around in slight confusion, trying to make out his surroundings. There didn’t seem to be any.

“Helloooo?” James called. His voice seemed to just stop. There was no echo, which would have indicated a larger space, but it didn’t seem to be cramped, either.

Then something brushed against his arm, jarring his already tense form. Whirling around, James stared in shock at what appeared to be a young girl. Except that she was floating, her amber eyes level with his. The girl’s straight black hair was tinged with violet, and it was moving in a strange way, like it had a mind of its own.

A thought brushed across James’s mind, but it wasn’t his own. James wasn’t sure exactly how to react to the young girl, but she wasn’t doing much. She looked like she was about to say something, but when she opened her mouth, no sound came out.

The girl’s eyes widened and she shot backwards, her hair flying all over the place in a messy heap. James also jumped backwards, raising his arms to shield his face.

There was a pause, and neither of them moved. James slowly lowered his arms, a little wary. Once again, he felt an uncertain thought cross his mind, but this time, he tried to mentally touch it.

Pain exploded across his mind, and James cried out in shock at the sudden and violent reaction. He stumbled further back, clutching his head. Trace?

James stopped moving, staring at his feet. He slowly looked up. The girl was floating by him again, her amber eyes almost questioning.

“Trace?” He asked quietly. The girl shook her head.

The thought seemed so familiar, and yet so… Not. It was his voice, but as if reflected through a broken mirror.

‘…Hi?’ James thought, trying to get a better look at the floating girl. Her form kept shifting, like it didn’t know exactly what it was. She was wearing a white dress, as far as he could tell. Not very fancy, but enough to look nice.

The thought was sharp, but not painful. James winced at the sudden contact.

‘Me?’ He thought, wondering if he was going crazy. A sudden aggressive mental push, and his mind was suddenly being ransacked. Jumbled words, images, sounds, and emotions whirled about in a chaotic rush.

‘AH-! Stop it!’ James thought desperately, falling to his knees, clutching his head.

The jumbling stopped, and an apologetic thought crossed through his throbbing head like a drop of cool water.

The words were awkward, uneasy. It was like the person intruding on his thoughts wasn’t fully aware of the meaning of the words, but more like a parrot. Just repeating.

‘I…forgive you, I guess? Where are you?’ James looked at the girl, trying to see if she had done anything different.

She had. The girl’s hair was elongating in a fluid movement, soft circles of violet light surrounding her as she bobbed in mid-air. Her hair twisted around her, forming elegant patterns.

‘My name? It’s James.’ James looked at the girl, who continued to bob around as she stared intently at him.

‘Do you mean “Happy”?’ James thought, trying to discern if what he thought had any impact on the girl. She didn’t seem to react to his thoughts, but she had when he’d spoken. Why?

‘Where is this one?’ James asked mentally, still looking at the girl in confusion.
Was she the one speaking in his head? If so, she was doing a very good job of hiding it.

So it was her. James sighed, standing up. The girl bobbed forward slightly, looking wary.

‘What were you saying earlier? Trace?’

‘You’re kinda confusing me.’ James rolled his eyes. The girl suddenly did a complete mid-air summersault in response.

‘That’s not very specific…’ James sighed, looking the girl over again. She floated closer, her eyes still staring at him unblinkingly.

‘Can you talk?’ James asked, pointing to his mouth. The girl mimicked him, pointing to her own mouth, a strand of her hair wrapping around her wrist.

‘What did I do?!’ James thought hastily, the mental shriek still ringing in his head.

‘I-I’m sorry!’ James moved closer, but the girl suddenly flopped to the floor, wrapping her arms around her knees and staring at him in a sort of wide-eyed panic.

‘What’s wrong?’ James tried to move closer, but the girl hissed at him, actually hissed, like a cat. Her eyes were suddenly wide and fearful.

A moment of silence, then a trembling thought brushed across James’s psyche.

‘What’s wrong?’ James asked again, crouching down and approaching the girl warily. She didn’t move or hiss, but continued to stare at him, amber eyes wide and terrified.

‘…What?’ James stared at her in confusion.

‘Can you please say something that makes an ounce of sense?!’ James said, feeling frustrated. The girl slammed her eyes shut, clutching her knees closer to her as her hair started moving erratically, more like whips.

James sighed, and with a huge effort, forced down his irritation and confusion.

The girl’s hair suddenly fell limp to the floor, and she lay motionless.

The voice sounded hurt, and James sat up straighter, looking at the girl in concern. She began trembling, and her mental signal abruptly cut off. James blinked at the sudden disconnection, and jumped as something touched his shoulder.

It was a boy. His hand was resting on James’s shoulder, and his expression seemed somehow saddened. His hair was shorter than the girl’s, about to his shoulders, though he looked slightly older. His eyes were a sort of pine-green, while his hair was a blonde-red. He was wearing something similar to the girl, but it looked more like a robe than a dress. He was floating as well, a few red circles floating around him.

Do not worry about her. She’s never seen someone like you before.

The voice seemed so much more alien to James that he started a little in shock. The boy’s green eyes were somehow calming, and as he pulled his small hand away from James’s shoulder, James felt a powerful presence enter his thoughts.

Your questions are befitting your race. Simple-minded, most of you. Now, follow me. Do not trust your eyes, and do not look at the surroundings. You may never stop.

The boy turned away from James and began floating away. James hastily stood up and, after casting one last glance at the motionless black-haired girl, followed after the green-eyed boy.

to be continued...
_________________
What is life?
It is the flash of a firefly in the night, the breath of a buffalo in the wintertime. It is the little shadow which runs across the grass and loses itself in the sunset.
With deepest respect ~ Aloha & Mahalo, Carol
Go to page :