The Metabolic Theory of Cancer

The Metabolic Theory of Cancer

When will we ever figure out what causes cancer?

I've never been diagnosed with cancer; all I know is I don't want chemo or radiation if I ever am.

That leaves me with an ongoing research project of learning as much as I can about cancer so that I can "be my own physician," as I used to hear Jeff Rense say.

Here is the beginning of a 22 page transcript of an interview of Travis Christofferson by Dr. Joseph Mercola on the Metabolic Theory of Cancer:


Tripping Over the Truth: The Metabolic Theory of Cancer:
A Special Interview with Travis Christofferson
By Dr. Joseph Mercola

JM: As you’re watching this interview today, 1,600 people will die, in the United States alone, prematurely from cancer. That number goes up ten-fold, up to 21,000 if you include the entire world population. Wouldn’t it be interesting if there was a simple dietary tweak that could not only prevent but treat the vast majority of these cancers?

Hi, this is Dr. Mercola, helping you take care of your health. Today I’m joined by Travis Christofferson who wrote a phenomenal book. I read 150 books in 2015, and this was clearly one of the best health books I’ve read. It was fascinating and absolutely, in my view, a required read for anyone who has cancer or knows someone who has cancer. I can't say enough good things about this book, and I am just absolutely delighted for Travis to join us today to delve into more details. Welcome, and thank you for joining us today, Travis.

While conventional medicine has little to offer outside the standard “cut, poison, burn” approach, new evidence suggests nutritional ketosis could both treat and prevent most cancers

Mitochondrial dysfunction is at the core of virtually all diseases, and one of the reasons nutritional ketosis works so well is because it boosts mitochondrial function and effectively drives down inflammation


A pathological increase in the production of ketone bodies. 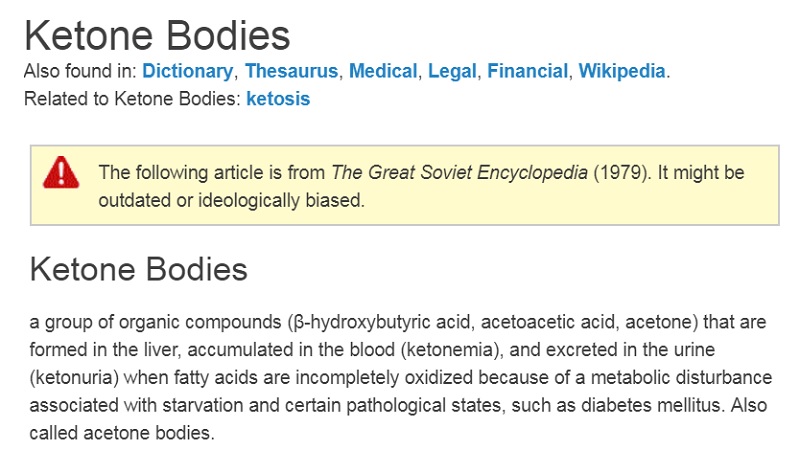 I've seen that alert before.

It tells me the international medical mafia doesn't want us to know what ketone bodies are, for fear we'll figure out the truth about cancer and disease, in general.

I'm not sure about the starvation part of this discussion, however.

Re: The Metabolic Theory of Cancer

I found the following on the Sacred Science group on FB where a book is mentioned that brings a highly interesting and unusual point of view regarding cancer. Here goes:

Ok, so I’m reading this book called “The Emperor of All Maladies: A Biology Of Cancer” by Siddartha Mukherjee— it’s  totally fascinating. Blowing my mind open.

Among the many lightning bolts of wisdom that it drops is the notion that every era seems to have a disease that mimics the collective mentality of that particular moment in time. And the one disease that mirrors the psyche and direction of our modern world is cancer…

Here’s an excerpt that illuminates this concept:

“The cancer cell is a desperate individualist, “in every possible sense, a nonconformist,” as the surgeon-writer Sherwin Nuland wrote. The word metastasis, use to describe the migration of cancer from one site to another, is a curious mix of meta and stasis — “beyond stillness” in Latin — an unmoored, partially unstable state that captures the peculiar instability of modernity.

If consumption once killed its victims by pathological evisceration (the tuberculosis bacillus gradually hollows out the lung), then cancer asphyxiates us by filling bodies with too many cells; it is consumption in its alternate meaning — the pathology of excess.

Cancer is an expansionist disease; it invades through tissues, sets up colonies in hostile landscapes, seeking “sanctuary” in one organ and then immigrating to another. It lives desperately, inventively, fiercely, territorially, cannily, and defensively — at times, as if teaching us how to survive. To confront cancer is to encounter a parallel species, one perhaps more adapted to survival than even we are.

This image—of cancer as our desperate, malevolent, contemporary doppelgänger—is so haunting because it is at least partly true. A cancer cell is an astonishing perversion of the normal cell.  Cancer is a phenomenally successful invader and colonizer in part because it exploits the very features that make us  successful as a species or as an organism.”