https://www.youtube.com/watch?v=oIQZ3OqJVEI
Bases 53 Sgt Daniel Brad MacBolen III Parts 1 to 3
This is about everything that is. Cern, Love, Manifesting, Mind Control, Assasination
And much more.
Black Goo, Service to Self or Service to Others, How to Change the World, Were we are at in the Cosmos and what is happening to the sun
Brilliant interview.
Who we are, Why we are so sought after, What has been Controlling us, How Cern was Destroyed.
_________________
What is life?
It is the flash of a firefly in the night, the breath of a buffalo in the wintertime. It is the little shadow which runs across the grass and loses itself in the sunset.
With deepest respect ~ Aloha & Mahalo, Carol
blue roller 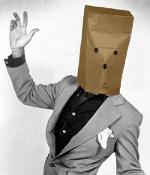 Classic Limited hang out disinfo from a trained assassin using his 'death smile'. A lot. That's why they are called smiling assassins and they do smile just like this guy does as they come in for the Kill.
He is a reaper . Subtext is " The price you pay for knowing the truth is death"

Perfect timing .But ultimately futile. Is he telling the truth ? Some of it has elements of truth . But its compromised by its economy. Same with Simon Parkes . They throw a few bones to chew on but the meat has already been removed .

The real Message. Finding out the truth and pursuing it will cost you your life. The fear based commands in the subtext do the damage while the conspiracy hounds woop for their new disclosure Hero.

And on that final note I will take my Leave.
burgundia

I haven't listened to this guy but Parkes is definitely a disinfo.
Brook

One of the most disturbing claims involves the creation of human-alien hybrids. Abductees insist that Grays routinely extract human egg and sperm samples and combine them with alien genes in special breeding rooms. The resulting human-alien embryos are said to gestate in incubator-like trays until, some months later, they are "born."

Here we delve into a fascinating human/alien hybridization account which was written about in a book entitled Raechel's Eyes by Helen Littrell and Jean Bilodeaux. Helen was the mother of a young, blind college student named "Marisa," not real name. Marisa briefly had a college roommate, Raechel, who always wore sunglasses and layers of clothing, even on hot days. Helen Littrell told what happened one day when Raechel tripped on a rug and she caught Raechel's wrist to keep her from falling. It felt spongy as though there was no bone in her wrist, and her glasses fell off, revealing eyes which were a solid avocado green, with no pupils, and a vertical black slit. Helen also spoke of her interactions with Raechel's father, Colonel Nadien, who claimed that Raechel was part of a "humanization program" to see how beings from another planet (in this case the Zeta Reticuli star system) could be integrated into Earth society.. .
Carol

As I recall Dr. Jacobs did a lot of work with abductees regarding the hybrid breeding program via hypnosis. I've read his book and found it interesting. Basically the hybrids will populate earth one most of humanity is gone (earth changes, epidemic, whatever). Then there is someone else, Al Bielek' who was a close friend of another friend who was involved in the first time travel events back in the 40s and ended up in the future where it seemed he was on a timeline when earth was populated by I suspect the hybrids.

He wrote "The Threat"
The world's foremost academic expert on UFOs and alien abductions provides the first evidence-based explanation of a mystery that has perplexed scientists for decades. Based on more than 700 hypnotic-regression interviews with alien abductees and a Roper survey of 6,000 adults, The Threat reveals why the aliens are here and what they want, explains why their agenda has been kept secret, and exposes their frightening plans for earth and its inhabitants. In a direct, authoritative challenge to researchers who believe the abduction phenomenon is essentially benevolent and spiritually uplifting, Professor David M. Jacobs proves that there is a far more disturbing and potentially dangerous plan underway, with possible alien domination at its core. In this remarkably well-researched and well-written book, Professor Jacob has added a new complexity and depth to our knowledge of the UFO and abduction phenomena. The secret alien agenda revealed here is ominous, but it must be confronted before it is too late.

and Walking Among Us: The Alien Plan to Control Humanity

This book examines a disturbing phenomenon that Jacobs began noticing in 2003. The alien integration action plan has kicked into high gear.The incidents of alien abductions have accelerated as have occurrences of alien involvement in everyday human life. A silent and insidious invasion has begun. Alien hybrids have moved into your neighborhood and into your workplace. They have been trained by human abductees to "pass," to blend in to society, to appear as normal as your next door neighbor.

This book illustrates in detail the process of alien integration into society and the strategy and support structure that has been developed to make this happen seamlessly. While he is not certain why they are doing it, the final chapter of the book will provide some chilling possible answers as to why they are here and what they want to accomplish.

Jacobs is a careful researcher who has investigated more than 1150 abduction events experienced by more than 150 abductees. This book focuses on the experiences of thirteen abductees.

http://www.crystalinks.com/PhiladelphiaExperiment.html
_________________
What is life?
It is the flash of a firefly in the night, the breath of a buffalo in the wintertime. It is the little shadow which runs across the grass and loses itself in the sunset.
With deepest respect ~ Aloha & Mahalo, Carol
Current date/time is Thu Feb 27, 2020 9:34 am