Islam for Singles - "Cast Truth at Falsehood.." The Koran

Islam for Singles - "Cast Truth at Falsehood.." The Koran

Grandmother told me I was a Jew, and at about three years of age presented me with a cotton skull cap and said I should wear it at all times, I did so until jeers and taunts from other family members.

And her constant assurance that she as a child never mixed with other neighborhood kids, because in her words "we were Jews," and finding out that no other local kids were Jews, I removed the head wear and told her she should "shove it," and decried Jews and her philosophy all in one breath!

My parents said I was a Catholic, I did not like the concept of priests and sacraments so I took up with Islam, at about age thirty two thirty two years ago.

For me Islam consists entirely of reading the Koran from time to time, and endeavoring to live by the precepts therein, I have never been inside a Mosque and have no mind ever to go into one, I do not know which direction Mecca is from home, nor do I ever expect to go there.

One day I took a guess and could have been around ninety degrees off, I started out for Mecca and wound up in Mexico City .. the Koran instructs believers to "hurl truth at falsehood," I do just that, 911 was an inside job.

The irony is seeing the vast numbers of the faithful attending the pilgrimage every year, yet they do not find the time to do as it says and hurl truth, else there would be truth all over the internet, so what kind of Moslems are they, fair weather sailors is probably an apt description, else I have missed something.

Similarly I do not evangelize in favor of Islam, and what others believe or choose to disbelieve is their business entirely, it does mean that when I prosecute abortion, under the capital strictures described in the Koran, all the guilty will be sentenced under Islamic law, whether they are Moslems or not.

Feedback: FbinT says, "people that stereotype us as having one mindset, I personally like smirking at gas stations filling up my expensive car with premium fuel, while you are barely getting by with your ecomobile.


Reply: That's a vapid response from someone claiming to be a Moslem, the Koran warns against those whose pleasure is in contemplating their magnificent possessions, horseflesh in the Prophet's day, expensive cars today.

Similarly the Koran tells readers to "hurl truth at falsehood, so that it breaks its head and vanishes," so where do y'all hurl truth, as for your assertion that those with more modest auto's should feel envy, when they see you filling your prestige car at the servo, I ride a bike, and I sure do not want your fuel, insurance, or registration bill either.

When Mario Andretti fuels up the Daytona Special, I guess you must hide your head in shame at the spectacle, and how dowdy your Porshe or BMW must look beside his magnificent machine, it means you have an identity crisis, which is a symptom of a far more serious malaise.

You want to share in the Moslem reception in the afterlife, however you make no move toward obeying even the most basic requirements of Islam, that you refrain from undue pride in material possessions.

911 was an inside job, the perpetrators are hidden out among the Zionist cliques world wide, they control politics and the media, so they present a perfect target for someone who wishes to hurl truth.

To expose Barak Obama for instance as a traitor, for his refusal to acknowledge the perfidy of the Zionists who attacked America on 911, else why were Mossad agents filming the drama amid evident jubilation .. Hurl truth or be cursed as a false Moslem.

"FbinT" .. Uh, sorry if it came that way, if you knew me in person you would know that I'm not a show off, matter of fact I despise vain people.


Sure I am prepared to accept that your normal pride in having a decent car, has in this case overwritten other considerations, a minor peccadillo to be sure, and perhaps your understandable attitude stems from observing low self esteem, in those with worthless motor vehicles.

Now we have to get down to brass tacks, do you or do you not wish to be identified as a Moslem, for the fact that you replied as "us" and "we," in response to a thread concerning Islam, suggests that you do. When you wish to be seen by men that is, off to Mecca at the appropriate times, no beer or pizza at any time, all the things public Moslems do to find social acceptance.

Get onto the truth Mate, that is the challenge in today's Islam, eugenics and Zionist Talmudist inspired war is gonna cause human extinction otherwise, deal with the problem similarly as per the instruction in the Koran, to prosecute capital offenders, abortioners and war criminals.

That means 911, and the Zionists who perpetrate atrocity daily in occupied Palestine need to be prosecuted, means many US and Yisraeli officials tried and exed, its tough, however that is what is required from the Moslem of today. 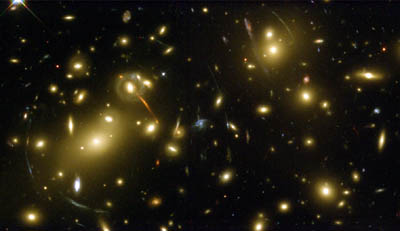 In the name of Allah, the Beneficent, the Merciful

21.16: We did not create the heaven and the Earth and what is between them for sport.

21.17: Had We wished to make a diversion, We would have made it from before Ourselves: by no means would We do (it).

21.18: Nay! We cast the truth against the falsehood, so that it  breaks its head, and it vanishes; and woe to you for what you describe.

Re: Islam for Singles - "Cast Truth at Falsehood.." The Koran

Good post MT. It's good to see some moral contemplation from an islamic perspective. Our lack of relationship to the creator is our undoing. This manifests in sociopathy within our species. And it has been going on for so long without self reflection it now permeates our being within the most subtle dynamics. This creates a divergent mind or a compartmentalized mind. So in a sense a God loving man can still have sociopathy very much in him below the tangible items and ideals he practices. We see this in our very governments or leaders who are supposed to represent the epitome of moral virtue when they actually represent the epitome of evil.

The sociopathy is a conscious parasite much like cancer or evil staying hidden. You can see the epidemic everywhere and lives in peoples mundane actions. As to why Hurling the truth is so important because it teases out the hidden monster.
Current date/time is Thu Feb 27, 2020 6:19 am