There is no safe level of radio active cesium for the body. These people are in signfificant jeopardy. They must do heavy metal detox protocols.

Start here.. but they need to see a chelation and detox specialist.http://www.healthsalon.org/507/treating-radiation-exposure/

By SHIGERU SATO and YUJI OKADA

Yasuteru Yamada, 72, a former antinuclear activist, will lead a group of retirees to the Fukushima No. 1 plant in early July to help clean up the site of Japan's worst atomic disaster since World War II.

A video first released by TEPCO in April has been re-analyzed by Ian Goddard and appears to reveal a handle found atop a single nuclear fuel bundle. This raises more questions about the condition of any fuel still remaining in the Unit 3 fuel pool.

TOKYO—A former nuclear adviser to Japanese Prime Minister Naoto Kan blasted the government's handling of the crisis, and predicted more revelations of radiation threats to the public in the coming months.

In his first media interview since resigning his post in protest in April, Toshiso Kosako, one of the country's leading experts on radiation safety, said Mr. Kan's government has been slow to test for dangers in the sea and to fish, and has understated certain radiation threats to minimize clean-up costs. In his post, Mr. Kosako's role was to advise the prime minister on radiation safety.

more at the link

Re: Magnitude 9.1 Near the East Coast Of Honshu, Japan

TOKYO, July 4 (AFP) – Soil radiation in a city 60 kilometres (40 miles) from Japan's stricken nuclear plant is above levels that prompted resettlement after the Chernobyl disaster, citizens' groups said Tuesday.
The survey of four locations in Fukushima city, outside the nuclear evacuation zone, showed that all soil samples contained caesium exceeding Japan's legal limit of 10,000 becquerels per kilogram (4,500 per pound), they said.
The highest level was 46,540 becquerels per kilogram, and the three other readings were between 16,290 and 19,220 becquerels per kilogram, they said.
The citizens' groups -- the Fukushima Network for Saving Children from Radiation and five other non-governmental organisations -- have called for the evacuation of pregnant women and children from the town.
The highest reading in the city of 290,000 people far exceeded the level that triggered compulsory resettlement ordered by Soviet authorities following the 1986 Chernobyl nuclear disaster in Ukraine, they said.
Kobe University radiation expert professor Tomoya Yamauchi conducted the survey on June 26 following a request from the groups.
"Soil contamination is spreading in the city," Yamauchi said in a statement. "Children are playing with the soil, meaning they are playing with high levels of radioactive substances. Evacuation must be conducted as soon as possible."
______________________________________________________
Waiting is not mere empty hoping...It is an inner certainty...I Ching
HigherLove

Earthquake-Report.com has made a short video based on the text below. Feel free to take a look.

UPDATE 06/07-11:21 UTC : On top of the damage in Yuasa, 2 houses in Hirokawa also sustained damage.
UPDATE 21:40 UTC : 9 buildings were damaged in Yuasa
UPDATE 13:16 UTC : A 5 minor intensity was recorded in Arida and Yuasa.
UPDATE 13:01 UTC : The government installed a liaison office who has the task of collecting information

Re: Magnitude 9.1 Near the East Coast Of Honshu, Japan

Read a short article in the Province newspaper this morning...certainly wasn't on the front page. From January to the end of June/2011 there has been an increase of babies dying (under 6 months old) attributed to Infant Sudden Death Syndrome in the Fraser Valley region including Vancouver and Vancouver Island. Last year 2010 there was 16 deaths recorded for the whole year. This year in the province of BC there are 21 deaths recorded to date.
_______________________________

TOKYO, July 10 (Reuters) - A strong earthquake jolted northeastern Japan on Sunday, and workers at the crippled Fukushima nuclear power plant were evacuated after an alert for a half-metre tsunami was issued by the Japan Meteorological Agency.

The quake monitoring agency said the earthquake had a magnitude of 7.1 and occurred at a depth of 10 kms (6 miles) off the northeastern coast of Japan.

There were no immediate reports of injuries or damage, public broadcaster NHK said. The same area was hit by a massive earthquake and tsunami on March 11 which cut power to the Fukushima power plant and triggered a radiation crisis.

Tokyo Electric Power said all of the workers at Fukushima had been evacuated to higher ground, adding that there was no sign of any immediate further damage at the nuclear plant where workers have been struggling to build a cooling system to stabilize the reactors.

The U.S. Geological Survey initially estimated the quake's magnitude of 7.3, but then revised that estimate down to a magnitude 7.

The agency issued a tsunami advisory for Iwate, Miyagi, and Fukushima prefectures after a 7.1-magnitude earthquake struck off the main island of Honshu at 09:57 am (0057 GMT).

No damage has been reported from the tsunami and quake.

Television footage of the port in Ofunato did not show any visible sign of the tsunami, with the water surface seemingly calm and flat.

The agency issued the tsunami advisory shortly after the offshore quake in the same general area as the 9.0-magnitude quake of March 11 which triggered a massive tsunami.

The US Geological Agency, which also estimated the magnitude at 7.1, said the offshore quake hit at a depth of 10 kilometres (6.2 miles).

Tokyo Electric Power Co (TEPCO) said it had not received reports of any fresh problems at the crippled Fukushima Daiichi nuclear plant after the latest earthquake.

"We are still checking details, but cooling of reactors is continuing," a TEPCO spokeswoman said.

But the company told work crews near the water to seek higher ground due to the tsunami advisory.

The Japanese weather agency expected a small tsunami of up to 50 centimetres (20 inches) along the affected region.

Communities along the Pacific coast issued warnings and advisories for local residents to seek higher ground but no damage had been reported shortly after the quake.

The March 11 and the tsunami left about 22,000 people dead or missing and triggered an atomic crisis at the Fukushima Daiichi nuclear plant. 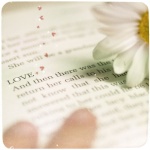 10km is pretty shallow; thanks for the info!
mudra Fast Company magazine reports that entrepreneur Shinji Handa has sold some 10,000 packets of sunflower seeds to Japanese people at a cost of $6.00 apiece to launch the project. “We will give the seeds sent back by people for free to farmers, the public sector and other groups next year,” said Handa. Besides decontaminating the soil, the organizers hope that the project will promote concern for the afflicted area, as people see a sea of yellow blooms and support the victims of the catastrophe.

Besides the entrepreneurial campaign, Japanese scientists led by a space agriculture professor have already conducted a test by growing sunflowers in the contaminated soil on farmland near the nuclear plant. On July 2 the scientists confirmed that the sunflowers had sprouted. Once the plants have grown and if it is confirmed that they have absorbed significant quantities of cesium, scientists will employ bacteria to decompose the plants, and the result will be treated as radioactive waste.

The process of extracting contaminants from the soil via plants is called phytoremediation. While animals can move away from pollutants or other toxics (if they’re lucky), plants have evolved ways to live with the toxics and eventually extract them from the soil. The downside is that the concentrated pollutants, such as radioactivity or lead, can then pass along the food chain if not disposed of properly. Sunflowers were used to suck up radioactive cesium and strontium in a pond at the Chernobyl nuclear accident site in 1994 and to remove uranium from contaminated springs near the Oak Ridge (TN) National Laboratory in 1996.

Fungi, bacteria and plants have remarkable properties that can help clean up the messes that we humans create. While no one solution will solve the problem of irradiated soil and the struggling farmers, it’s always wise to look to nature first for the processes that can heal the land.

I am not sure that things just disappear once consumed by other things. I cann't see anywhere in the article that the sunflowers are not radioactive. So what to do with the Sunflowers??????

lawlessline wrote:I am not sure that things just disappear once consumed by other things. I cann't see anywhere in the article that the sunflowers are not radioactive. So what to do with the Sunflowers??????

That's what the article says Tom :


Once the plants have grown and if it is confirmed that they have absorbed significant quantities of cesium, scientists will employ bacteria to decompose the plants, and the result will be treated as radioactive waste.

It looks like it may be a way to clean the soil but one would still have to deal with the radioactive waste that transferred from soil to the plants.

Love from me
mudra
lawlessline

Ah yes. Sorry about that. SHould pull out of skim reading mode. I just saw something about the transfer into the food chain??

GLOBAL 2000 warns: Fukushima has "time bomb" in the basement!