You are not connected. Please login or register
Go to page : 1, 2

The Vril motto “Not all good comes from above” summarizes the entire history of the Vril Gesellschaft (Society) from its inception to the final days of WW2 when this occult group seemed to vanish right off the face of the earth.

The name Vril is the shortening of “VRI-IL” which means “Like God”. Officially Vril was “The All German Society for Metaphysics” which merged with the Thule Gesellschaft and the obscure DHvSS (Men of the Black Stone) in the year 1919

Each occult group had its own distinct beliefs and origins.

The DHvSS (1912) worshipped the German mountain goddess Isias and the Schwarz Stein (black stone). The Thule Gesellschaft (1917) believed in the hollow earth theory and derived its name from Ultima Thule the ancient capital of Hyperborea at the top of the world. Vril worshipped the Black Sun (the invisible inner light of the Godhead) which supposedly gave or generated incredible power and communicated with Aryan aliens living in the Aldebaran system through psychic channeling.

Aldebaran, a giant red star, is part of the Taurus Constellation and is known as the “Bull’s Eye” due to its position in the heavens. As the “Star of Illumination” it is also known as the “Way” of spiritual enlightenment which the mediums of Vril desperately sought.

CONTINUE AT: http://discaircraft.greyfalcon.us/The%20Vril%20Discs.htm
(HUGE article with lots of pics)

This group developed by 1939 a revolutionary electro-magnetic-gravitic engine which improved Hans Coler’s free energy machine into an energy Konverter coupled to a Van De Graaf band generator and Marconi vortex dynamo (a spherical tank of mercury) to create powerful rotating electromagnetic fields that affected gravity and reduced mass. It was designated the Thule Triebwerk (Thrustwork, a.ka. Tachyonator-7 drive) and was to be installed into a Thule designed disc.

Since 1935 Thule had been scouting for a remote, inconspicuous, underdeveloped testing ground for such a craft. Thule found a location in Northwest Germany that was known as (or possibly designated as) Hauneburg. At the establishment of this testing ground and facilities the SS E-IV unit simply referred to the new Thule disc as a product - the "H-Gerät" (Hauneburg Device).

I'm pretty much convinced that the Nazi's indeed managed to build these 'Vril Disks' & that the Vril Society indeed communicated with Aryan aliens living in the Aldebaran system through psychic channeling.

I also think that the Nazi ideology has been 'injected' - through Nazi scientists - into both the Western & Eastern power blocks that appeared after WWII.

The NWO is in fact a 2.0 Nazi blueprint.


In January of 1947, an American military task force, "Operation High-Jump," complete with thirteen ships including, an aircraft carrier, seaplanes, helicopters and 4000 combat troops was dispatched to the Antarctic under the command of Admiral Richard E. Byrd for the stated purpose of 'mapping' the coastline. This task force was provisioned for an eight-month polar stay, but after eight weeks and an undisclosed loss of planes and personnel, Byrd withdrew his forces.

Rumor was Byrd encountered overwhelming hostile action, he described as, "fighters that are able to fly from one pole to another with incredible speed. " He also intimated that he had in fact engaged a German contingent being assisted as well by an 'advanced civilization' with formidable technologies… Whatever occurred with Byrd's expedition at the South Pole remains shrouded in mystery since all reports, including Byrd's personal log entries, remain classified.

Also, it should be noted that Operation High-Jump was originally organized by Secretary of the Navy, James Forrestal. But later, in 1949, then Secretary of Defense Forrestal was sequestered and sent to convalesce for a nervous breakdown at Bethesda Naval Hospital.

However, after allegedly ranting to hospital staff about the Antarctic, UFOs and an underground Nazi city, Forrestal was denied all visitors and shortly thereafter, died in a fall from his hospital room window. His death was labeled a 'suicide'.
TRANCOSO

There's a video with the 'original' material of the Bird expedition somewhere at the Mists.
Brook

I was watching this set of three videos and the last part of the series the speak of Bird and his legend.

Here is the last video...but I'll leave the link to all three...as this a a particular interesting series of Ancient Aliens ...Underground Aliens

How about this next episode?

Check out this fantastic documentary on Hitler, the Nazis, the Vril, Advanced Technology, and Gizeh Intelligence. https://www.youtube.com/watch?v=egwAa2G1YPY This is a must see. This is the best video I've seen on these subjects. I am not necessarily opposed to advanced technology and underground bases. I actually think that it's sort of cool. But how did this technology REALLY come into existence? Did someone steal fire from the gods? What if the gods are really pissed-off now? I keep thinking that we are in a HUGE amount of trouble in connection with all of this, but I don't know the details, and I'm not sure that I want to know. But I would like to know more about Adolph Hitler, Victor Schauberger (died in 1958), Pope Pius XII (died in 1958), Nicola Tesla, God the Father, Gabriel, Michael, and Lucifer - in connection with all of the above. Here's another excellent video. https://www.youtube.com/watch?v=Fc0yt5PpCfQ&feature=related

Who gave Adolph Hitler and Eugenio Pacelli their marching orders? I think these men were naive pawns. What was the relationship between the SS, the Jesuits, and Gizeh-Intelligence? Aldebaran might've been key in antiquity, but what about in modernity? I tend to doubt it. I lean toward a theory of the Orion Group essentially stewing in it's own juice for many thousands of years, rather than aliens from distant stars getting involved in our madness. But I obviously can't prove this bias. 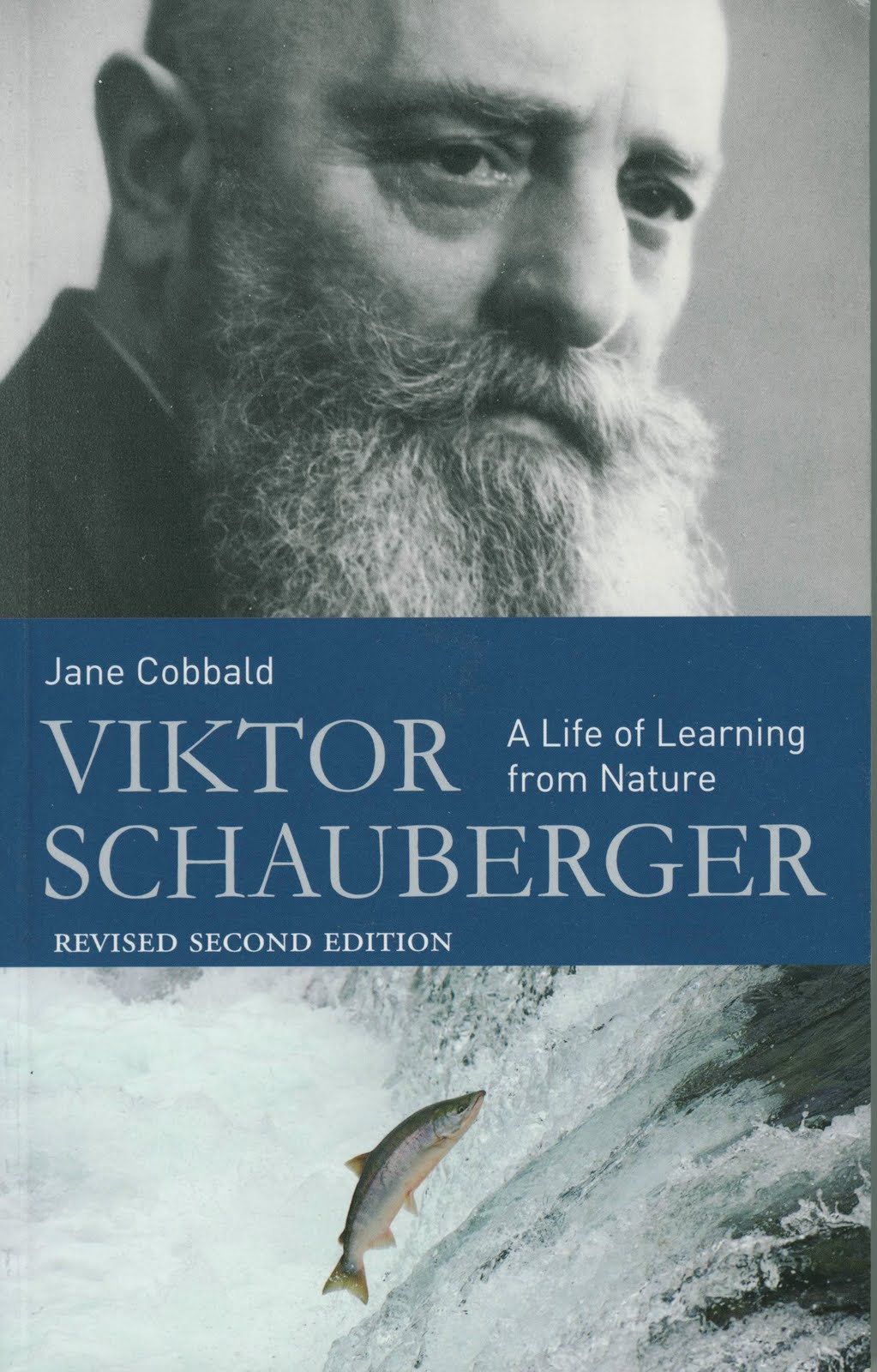 
More on Hollow Earth at this ATS thread: http://www.abovetopsecret.com/forum/thread586980/pg1
TRANCOSO

The Antarctic Nazi UFO Base

Interesting photography! Can you imagine what the secret footage is like??!! I'm really conflicted about advanced technology, complete disclosure, and solar system governance. We don't seem to have a very good track record. We fight and fight and fight. I keep proposing various aspects of solar system governance, and I keep scaring myself thinking about what could go wrong, and what has gone wrong. In many ways, it would be so much easier to have none of the really destructive and horrific technology, and have an interplanetary group of say 1,000 very well chosen individuals who would meet secretly, yet would keep the public well informed -- and would be appropriately receptive to public input and concerns. But how would one choose such a group, and keep them from becoming a bunch of elitist heartless and arrogant bastards???
TRANCOSO

Thank-you for this thread TRANCOSO. I've seen some of the videos, and I will watch the rest. This study is at the center of a lot of things. I just finished reading a few pages from 'Rise of the Fourth Reich' by Jim Marrs. To properly deal with all of this, we need to go back at least to 700-900 A.D. Germany -- and really we probably need to go back to Ancient Egypt. Take a look at this. http://www.themistsofavalon.net/t3047-teutonic-zionism This is just scratching the surface...
TRANCOSO