David Ash, interviewed by journalist Tonya Stewart. In a passionate 50 minute discussion he will rock your world with his controversial theories about the relationship between God and science.

You need to post all of the Videos in this presentation. This correlates with Hobbit's Info very nicley...

Alas - Now They have a Vindicator Dear Sister...

I've been saying much of what is presented by this Man when Invoked. Any can check My Postings here or at other places where I have dropped this and that in places...

I've said many times - "In the Beginning was the Word and the Word was with God" - Equating It Myself early on as Sound and then ultimately Energy in motion as Light at varying Speeds and Densities based on Fibonacci and Fractacality...

"As above so below" is another I have harped on in that Intention - Not in Dogma...

This is good. This will help Me to explain Heirarchy too as He explains at a Quantum Level what We at this Level are still calling Paranormal - Including ETs - Angelics and even Fairies or Sprites...

Like I said Mudra - Much Love to You in this...

I love this man! Brilliant...absolutely brilliant. Hope everyone listens to this series. The part where he explains how the Soul has a body...WOW! Bells went off with that one. It all just adds up, doesn't it.

Question for the scientifically-minded: So what is it at zero point, which I'm thinking of as the source of the spiral? Isn't God supposed to be the Source?


I've asked my Soul to put 'his/her' foot down on the pedal to speed this vehicle up a bit more lol.
FrankoL

That is a really good one. Thank you Mudra for sharing it.

You need to post all of the Videos in this presentation. This correlates with Hobbit's Info very nicley...

You read my mind Mercuriel .That's exactly what I planned to do .
I agree it all ties in nicely with Hobbit's views.

Thanks everyone for your comments .
Glad you enjoyed David Ash as much as I do


Love from me
mudra
mudra

Sanicle wrote:
Question for the scientifically-minded: So what is it at zero point, which I'm thinking of as the source of the spiral? Isn't God supposed to be the Source?

Love from me
mudra
Mercuriel

Zero Point is the Point at which the Vortex Spins creating Speed - Which correlates to Interia in Mass.

So with that said - God or Prime Creator is the "Not" or "Point of No Movement" about which All Spins and Moves against and or with...

So It would be better to say - Energy from the Vaccum contained by the Vortex of Spin...

Into Reality came Prime Creator from No Thing - To Some Thing...

From Void to Singularity...

so many things are messed up...

I wish people would not mix hinduism with Vedic knowledge, but oh well

Vedas is not religion even in India officialy it is philosophy. (I call it truth(devakas)

Hindu religion was created by British

Einstein studied the Vedas and Upanishads. and could quote from them off hand. He was involved in those studies

“When I read the Bhagavad-Gita and reflect about how God created this universe everything else seems so superfluous.”

"We owe a lot to the Indians, who taught us how to count, without which no worthwhile scientific discovery could have been made.“


The Law of Conservation of Mass-Energy, structure of the atom, Schrodinger's equation, Heisenberg's Uncertainty Principle etc. are all previously mentioned in these Vedic texts.

The Creation of the Universe is also mentioned in these scriptures. In fact, it is erroneous to call these scriptures religious, when they are more scientific in nature.

Did You watch the whole Series ?

That wasn't His intention but rather to describe It in terms of what others have. He even says in the Videos that He uses constructs that People can understand as Analogies of a greater whole. He even explained It first off as getting into Yoga first for exercise rather than any Religiousity.

Addtional to that - He gives both Polarities (Science and Religion) a way to understand the third Potential by using constructs both can relate to. Super / Hyper / Normal correlating with Spirit / Soul / Body...

Hmmm - Maybe You should watch It again. It seemed pretty plain to Me that He wasn't being Dogmatic about It and He gives credit in the Beginning of the Video for all Hes come to understand based on Honoring the Yogis and what They knew thousands of Years ago.

oops Mercuriel, I did not watch. I will.

for now a little joke 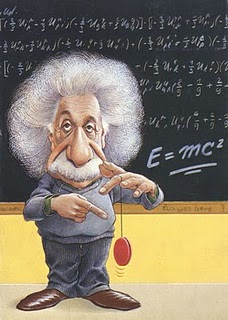 Watch the first ones I posted .
I am sure you'll enjoy them .

Much Love for You
mudra
mudra


I found this really interesting . He is speaking about the Illuminati, Zionists and Avalon and the Torr ...